In addition to Rafa Nadal's left foot, his radiofrequency injections and the absence of the prince of grass Roger Federer, Wimbledon shows a higher incentive starting next Monday the 27th: Serena Williams returns. 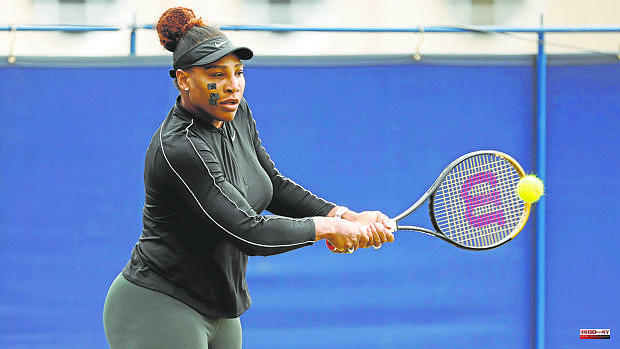 In addition to Rafa Nadal's left foot, his radiofrequency injections and the absence of the prince of grass Roger Federer, Wimbledon shows a higher incentive starting next Monday the 27th: Serena Williams returns. It is the unsuspected return and announced a week ago of one of the greatest tennis legends, the second player who owns the most Grand Slam titles, 23. One more than Nadal, the best of the boys, one less than the owner of the record in female category, the Australian Margaret Court (24) who ruled tennis in the 60s and 70s. Serena Williams, the girl trained since she was a baby by her obsessive father who has been the inspiration for the movie 'The Williams method' with Will Smith, already has 40 years old and has not played for twelve months, since he was injured in June 2021 on his fetish Wimbledon stage.

Like so many other athletes who have crossed the 40-year barrier, the American refuses to give up due to age and is looking for a new piece at Wimbledon that matches Court. Yesterday he returned to tennis in a doubles match at a preparation tournament on grass, Eastbourne.

Twelve months ago the photograph of Serena Williams writhing in pain on the grass of the All England Tennis Club was the prelude to what was understood as withdrawal. She cried, crippled and without possible consolation, she left the center court in her debut match against the Belarusian Aliaksandra Sasnovich. From that day on, it was essential to go to the joker of social networks to hear from her: model of her own jewelry brand, invited to fashion shows, at home with her daughter, at the presentation of the Will Smith movie, at dinner with the pilot Lewis Hamilton, enterprising as a shareholder in a consortium to buy Chelsea, with the VIP pass at the Formula 1 Miami Grand Prix...

A case of longevity

Hardly any tennis in his catalog of postcards. In memory of her life as a mother and the complicated birth in 2017 in which she suffered two strokes, during and after the birth of her little girl, and the successes she achieved with the racket that now refuses to hang up: seven Australian Open, seven Wimbledon, six US Opens and three Roland Garros in an unparalleled career that propelled her to number one in tennis for six seasons and 319 weeks.

His case of longevity links with other isolated cases in the history of sport, such as Nadal, the athlete Carl Lewis, the swimmer Michael Phelps or the cyclist Jennie Longo. Eighteen years have passed since his first Grand Slam title (1999, Roland Garros) to his last (2016, Wimbledon). Even more enduring is her stat as an elite tennis player. In 1998 she was already number 17 in the WTA ranking.

A year without appearing in tennis circles has moved her to position 1,204 in the world rankings, the empty box to the left of 2022 on the WTA website in contrast to the figures that, on the right, illustrate her sporting life: 73 individual tournaments, 855 games won versus 152 lost and 90 million euros amassed in prize money alone.

Without her star coach (Patrick Mouratoglou), without rhythm in top competition, without references on grass except for this Eastbourne tournament and three months after her 41st birthday, the prospects cannot be announced as triumphant for the American.

His companions have been shocked by the announcement. "She surprised us all," said the Spanish Paula Badosa. "Somebody should stop Iga (Swiatek) a little bit," said her doubles partner, Ons Jabeur. The Polish Swiatek chained 35 victories and six titles this course. "Of course I don't want to play against her," Badosa emphasized, wary of such a star's power.

1 The last negotiation of the iron lady of the offices 2 Kim Kardashian's new haircut is the best option... 3 The monkey for less than 20 euros by Begoña Villacís 4 Queen Letizia rescues a 2019 dress with a print that... 5 Ice roller or 'face-icing', the famous trick... 6 Barcelona wakes up from its gastronomic lethargy:... 7 David Ríos: «It is useless to have the best cocktail... 8 Don't get scallops for scallops: this is how... 9 The Senate gives the green light to the audiovisual... 10 Iceta's mistake about Aleixandre: "That... 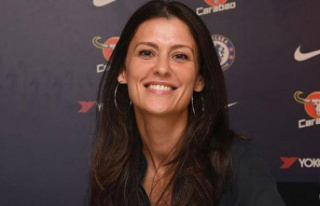