Without a doubt, the Brazilian Charles Oliveira is one of the biggest names that exist in mixed martial arts today. 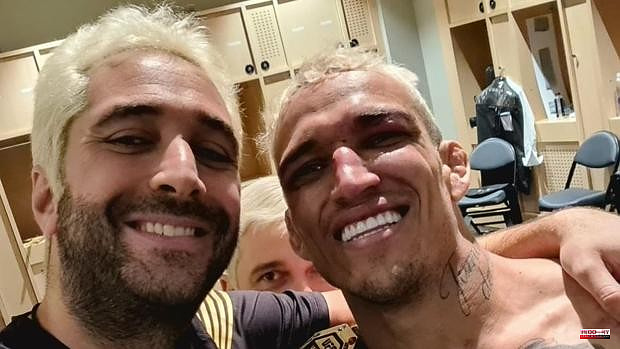 Without a doubt, the Brazilian Charles Oliveira is one of the biggest names that exist in mixed martial arts today. Eleven consecutive victories in the most complex division that exists (the UFC lightweight) is to blame. He won the title, but was stripped of it due to a failure on the scale. He rallied and beat Justin Gaethje and now, by all accounts, his next fight will be for the belt again. His coach has spoken exclusively with ABC.

«We want to fight Conor McGregor for several reasons, not only financial, obviously it is a lot of money, because both Conor and Charles sell a lot of PPV, the fans of both would join and it would be a PPV record.

But also McGregor is hooked on our throats since he beat Jose Aldo. For all that happened, it would be very good to avenge Aldo, the Brazilians want that revenge, try to knock out McGregor, "Diego Lima begins by saying.

And he adds more arguments to love the Irishman: «There is also one thing that is very important and that is who McGregor is and what he conquered, in 2021 he was the most well-paid athlete in the world, above Cristiano Ronaldo and Leo Messi, he beat records. All of this leads us to want Charles's next fight to be against McGregor and in Brazil, that is what we are trying to do. We can fight whoever he is, we never choose an opponent, but McGregor is very important to Charles' career and we know that McGregor fights when he wants, with whom he wants and where he wants. And since we know that McGregor wants to fight Charles and has already made some posts on Instagram, we know that he wants and so do we ».

The truth is that some media took for granted the fight between Charles Oliveira and Islam Makhachev for the title in October in Abu Dhabi, but Diego Lima denies the biggest, at least for the moment: «For us it would be very good to fight in December or in January, there is talk that a UFC event could be held in Brazil. There is no certainty but I have heard many people speak. We would love to wait and fight McGregor, in December or January, in Sao Paulo.

The already retired Khabib Nurmagomedov has exerted a lot of pressure so that his pupil is the one who faces Charles Oliveira. This is Diego Lima's opinion: «What seems like a joke is what Khabib Nurmagomedov does. He was a great champion, today he is a former champion, and he became a talker, a 'trash talk', everything that he did not like and McGregor did, he is doing. He is playing an ugly role for Charles to fight Islam. If McGregor doesn't fight we don't have many to fight, Islam or Dariush. We can fight anyone, but McGregor is much more important to us."

And Charles Oliveira's trainer does not avoid the fight, but he puts a condition on it, that Khabib returns: «The people who want Charles to fight against Islam seem to want Islam to lose, and for Khabib to return. Because Islam has never fought a top 5 fighter, Islam is a very good fighter, but he was never tested. It took Charles a long time to break into the top 5. What sequence of tops did Islam contend with? If Khabib, who is talking so much, really trusts Islam that he will beat Charles, then why don't we do the following: "Charles fights Islam and if Charles wins, let Khabib come back and fight Charles." We close it right now. We hit Islam and closed the fight against Khabib."

1 Joan Cardona: "Before I was dying to win and... 2 The return of Serena Williams: winning Wimbledon at... 3 The last negotiation of the iron lady of the offices 4 Kim Kardashian's new haircut is the best option... 5 The monkey for less than 20 euros by Begoña Villacís 6 Queen Letizia rescues a 2019 dress with a print that... 7 Ice roller or 'face-icing', the famous trick... 8 Barcelona wakes up from its gastronomic lethargy:... 9 David Ríos: «It is useless to have the best cocktail... 10 Don't get scallops for scallops: this is how... 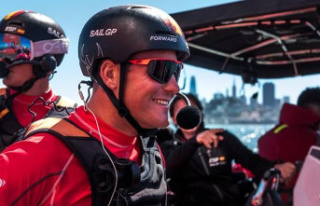