Pau Gasol charges against Aragon for "politicizing" the Olympic candidacy

Pau Gasol has been very critical of the attitude of the Government of Aragon during the negotiation to be able to present a joint candidacy for the 2030 Winter Games, which will not finally be held after the Spanish Olympic Committee (COE) has withdrawn their support for the disagreements between the two communities. 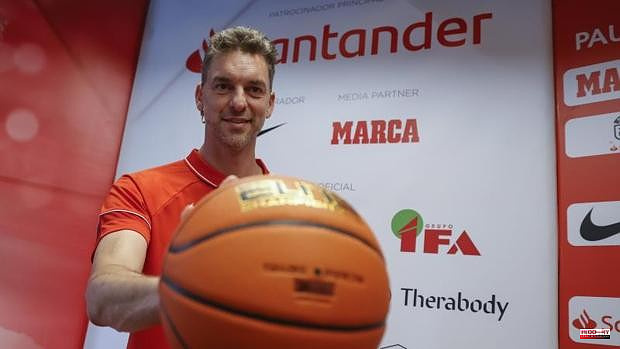 Pau Gasol has been very critical of the attitude of the Government of Aragon during the negotiation to be able to present a joint candidacy for the 2030 Winter Games, which will not finally be held after the Spanish Olympic Committee (COE) has withdrawn their support for the disagreements between the two communities. The former player has supported the decision of the COE and has been very clear about it and has positioned himself totally in favor of Alejandro Blanco's attitude, in addition to harshly criticizing Javier Lambán, president of Aragón. "It's a shame because it was an opportunity to send a joint candidacy message, which had an important value that sport unites.

In the end it has not been like that and it is a pity. It is a correct decision because an attempt has been made to politicize from the Aragon side. Catalonia, in the words of Alejandro Blanco himself, has had exemplary behavior and the other party has not followed the same line and that is why the candidacy has fallen", Gasol has released.

"It seems to me a very wise decision of the COE, of Alejandro Blanco and of all the members in order to say: not like that, let's see if we can do it in another way", he added before positioning himself next to the Government of Pere Aragonés: "Catalonia has had an exemplary behavior, of which I am proud, the other party has not followed the same line and the candidacy, as it was prepared, falls," he reiterated. Accustomed to moderate positions, Gasol's forcefulness has not gone unnoticed during the presentation of the eighteenth edition of the 'Pau Gasol Academy by Santander', which will be held at four venues in Barcelona from July 3 to 9: CEM Mundet, La Salle Bonanova, CE Hospitalet Nord and Colegio Padre Damián.

After hearing Gasol's words, the President of the Government of Aragon, Javier Lambán, has replied to the Spanish basketball icon, asking him to inform himself "better" and not assume that the COE "obeys sporting criteria."

This is how Lambán pronounced himself in a message on his personal profile on the social network Twitter, after Gasol has supported the COE's decision not to present the joint candidacy between Aragon and Catalonia for the 2030 Olympic Games.

Gasol has also valued the promotion of Bàsquet Girona to the Endesa League. "Now there is a challenge of continuity, growth and adaptation to the highest category with a sustainable project that remains at this level for many years," he explained before referring to the figure of his brother, president and player: " Marc has to lead the way and when some time passes we will see how we approach it».

Barcelona's debacle after losing the Final Four and the Endesa League final against Real Madrid was also a reason for Pau Gasol's analysis. «Madrid arrived with more strength and cohesion than Barcelona. It is a pity because it is an opportunity that has not been taken advantage of after dominating much of the season. They have not finished well and Madrid showed a greater competitive spirit than Barça in the final stretch of the season. You have to do self-analysis and self-criticism so that next season will be different », he began. And he added: «It has been seen that after the Final Four the team was affected and there have been things that have happened that have affected the team and that is shown on the track. I am not to point out but to talk about things and solve them. Everyone has to do their job to create the atmosphere that is reflected in key moments of the season. I would have liked the result to have been different, but we have to learn from this and improve. The last two years have been first in the regular phase, but if you are in the best moment, in the end you end up winning. This is what has happened in the NBA where the final was played by the Warriors and the Celtics.

1 Sadio Mané, the cherry on top of the new Bayern 2 Thebes: "Al Khelaifi takes us all for fools" 3 Charles Oliveira's trainer: "We want to... 4 Joan Cardona: "Before I was dying to win and... 5 The return of Serena Williams: winning Wimbledon at... 6 The last negotiation of the iron lady of the offices 7 Kim Kardashian's new haircut is the best option... 8 The monkey for less than 20 euros by Begoña Villacís 9 Queen Letizia rescues a 2019 dress with a print that... 10 Ice roller or 'face-icing', the famous trick... 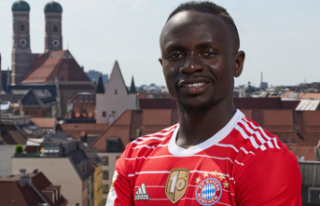 Sadio Mané, the cherry on top of the new Bayern