«A fire has come out of there inside to shoot with everything I had». 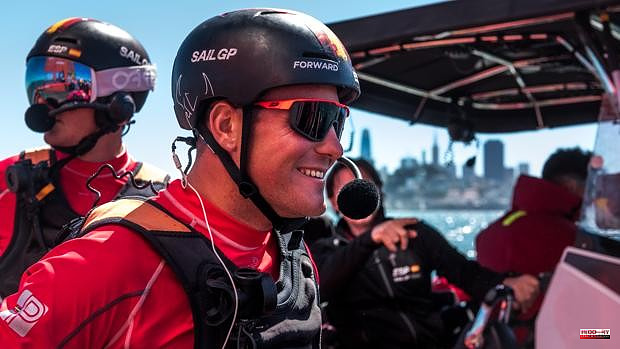 «A fire has come out of there inside to shoot with everything I had». In August 2021, Joan Cardona won the Olympic bronze in Tokyo and his head told her that "she had no doubt that she was going to get it." His passion for sailing was indisputable, his horizon was at the Olympic Games in Paris, he had set out to lose 15 kilos to compete in the Laser class – different from the Finn, in which he climbed on the podium – and get another medal in 2024. Ten Months later, the reality is that the Olympic road has become an uphill climb for this Balearic athlete who conquered the first metal of Spanish sailing in the Japanese capital.

“It has been difficult because they are different boats and I have not had all the facilities I expected, in addition, the change in weight is costing me,” the Menorcan sailor acknowledges to ABC.

On May 5, he broke his fifth metacarpal while training in London. A mishap that will take him away from the sea for two months, although he is still active sailing in the Sail GP, the international sailing competition sponsored by Camper of which Cardona is an ambassador. He, too, continues to go running on his road bike, protecting his hand with a splint.

The bad thing is that during this time Joan Cardona has gained 5 or 6 kilos, after the effort it took to get down to 85 (he weighed 100). "I'm still on a diet, but at the minimum I leave, I regain weight," he acknowledges with resignation.

The Tokyo Games were the last for the Finn sailing class, which will cease to be an Olympic discipline in Paris 2024, but the hunger for medals forced the Menorcan to switch to Laser, a class in which he had already trained for four years, but that forced him to lose weight.

Despite the struggle with the scale, his main problem now, as he acknowledges, is the lack of understanding with the Spanish Sailing Federation: "They did the impossible so that I would not continue with my coach, the board changed and they got rid of him," he denounces. on the dismissal of Diego Fructuoso.

"Now I'm with a Portuguese coach with whom I don't and won't understand each other," laments the athlete, who says loud and clear that he is not comfortable and has lost motivation. “I was dying to be the best, but I need an environment and a team that I am comfortable with and feel that my life depends on it.”

It is still too early to predict if he will get another Olympic medal, but Joan Cardona believes that if he continues as he has been up to now "there are no options": "Basically because I am at a point where I don't have the motivation." "In Spain we could get more medals if politicians let athletes work," laments the Balearic, pointing directly to "mismanagement" in the world of sports.

1 The return of Serena Williams: winning Wimbledon at... 2 The last negotiation of the iron lady of the offices 3 Kim Kardashian's new haircut is the best option... 4 The monkey for less than 20 euros by Begoña Villacís 5 Queen Letizia rescues a 2019 dress with a print that... 6 Ice roller or 'face-icing', the famous trick... 7 Barcelona wakes up from its gastronomic lethargy:... 8 David Ríos: «It is useless to have the best cocktail... 9 Don't get scallops for scallops: this is how... 10 The Senate gives the green light to the audiovisual... 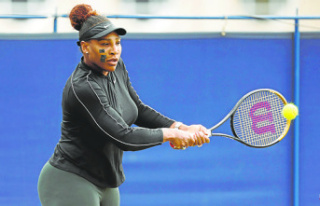