The Bulgarian team, framed in Group L of the Nations League that is being played these days throughout Europe, bordered on tragedy this Friday. 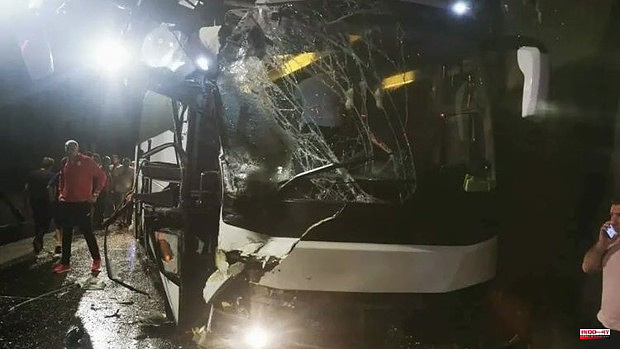 The Bulgarian team, framed in Group L of the Nations League that is being played these days throughout Europe, bordered on tragedy this Friday. The Bulgarian team's expedition was on its way aboard two buses to its next appointment on the calendar, this Sunday against Georgia, when one of the vehicles suffered a serious accident.

The images of how the bus in which the Bulgarians were traveling turned out are shocking. In them you can see the front of the vehicle completely affected by the strong impact. In fact, the Bulgarian striker, Todor Nedelev had to be evacuated to a hospital.

The footballer, according to the first information, suffered a skull fracture and multiple cut injuries due to the serious accident, which took place on a Tbilisi highway.

Nedelev underwent an operation lasting more than two hours and is stable, although he will remain in hospital for the next week to monitor his progress.

After two draws and one loss, Bulgaria is third in Group L of the Nations League, in which it is drawn with Georgia, leader of the classification, North Macedonia and Gibraltar.

1 These are the best beaches and coves in Valencia,... 2 Von der Leyen returns to kyiv a few days after the... 3 Le Mans excludes a driver from the 24 Hours for not... 4 Myanmar leader requests Cambodia to reconsider executions... 5 Macron is important because France's parliamentary... 6 Son do Camiño: the most serious operator fell from... 7 Compromís does not see Oltra in danger if she is... 8 A 58-year-old man dies after the overturning of a... 9 Mazón: "The chaos and Ximo Puig's inability... 10 Déborah's family asks to know the chain of custody... 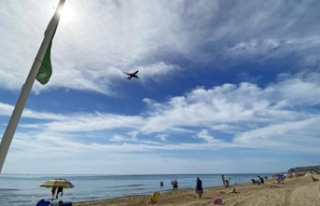 These are the best beaches and coves in Valencia,...