Son do Camiño: the most serious operator fell from above and the rest fell on the stage

One of the six workers injured this Friday, when the main stage of the O Son do Camiño festival collapsed, in Monte do Gozo in Santiago, remains in the ICU, "stable" and with "favorable" evolution, like the other two , who continue to be admitted to the ward, while the remaining three have already been discharged. 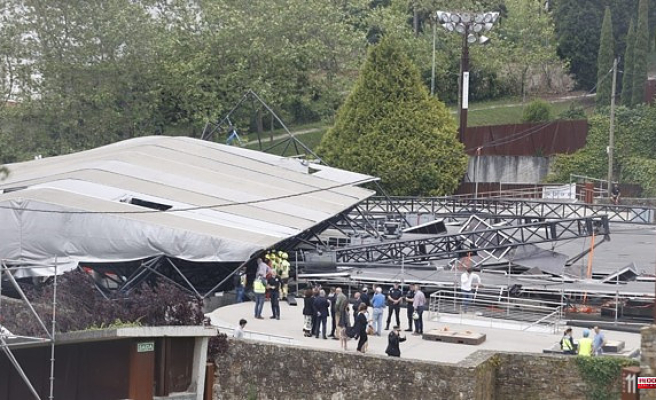 One of the six workers injured this Friday, when the main stage of the O Son do Camiño festival collapsed, in Monte do Gozo in Santiago, remains in the ICU, "stable" and with "favorable" evolution, like the other two , who continue to be admitted to the ward, while the remaining three have already been discharged. It was specified this Saturday morning, 24 hours after the event, the general director of Emergencies and Interior, Santiago Villanueva

Going into more detail, he commented that the worker who suffered the most serious injuries "apparently fell from above." His companions were injured because "the stage fell on them", "trapping several people", Villanueva has abounded in statements to the media in Santiago.

The person in charge of emergencies has refused to make "lucubrations" about the possible causes of the accident, asked about a possible 'sail effect', due to the wind -which this Friday, at times, reached not insignificant gusts in the Galician capital-, as the cause. In this sense, he has asked to wait for the Labor Inspection and Issga reports, which, like the one made by the National Police, have already been sent to the judicial authority. In fact, on Friday afternoon the seal was already removed, he has limited.

Villanueva has not wanted to enter to assess whether the continuity of the festival, scheduled for the 16th, 17th and 18th of this month, is at risk; that is: Thursday, Friday and Saturday of the next week. He advocates going "step by step." He explained that now it is time to remove "the entire stage", the "irons" of the affected structure, a space that "is basically broken", "very damaged", so much so that "it is useless", and "clean the area" to set her free. From there, it will be the technicians who evaluate how to proceed. There are only five days left for the starting gun.

"I hope that the festival can be held and as normally as possible, regretting what happened and of course with the commitment to investigate what the causes were," said the president of the Xunta, Alfonso Rueda, in the early afternoon of Friday. "At this time I have no information to the contrary that the program will be held and maintained," he said.

The O Son do Camiño is one of the main bets, one of the main dishes, within the framework of the musical program for the second of the two years of Xacobeo, the great tourist attraction of Galicia in 2022. On the poster, made up of Fifty international and national artists include, chronologically, C. Tangana, The Chemical Brothers, Liam Gallagher, Anuel AA, Dani Martín and Jason Derulo, among others.

In his attention to the media this Saturday, Villanueva took the opportunity to praise the "fast and effective" action of the emergency services after the accident, with an evacuation of the injured to the "very fast" Clinical Hospital. And then, ensuring the area, with the priority, in addition to attending to the victims, that no further damage was caused.

1 Compromís does not see Oltra in danger if she is... 2 A 58-year-old man dies after the overturning of a... 3 Mazón: "The chaos and Ximo Puig's inability... 4 Déborah's family asks to know the chain of custody... 5 Siro workers are already voting on the pre-agreement... 6 Germany will introduce border controls during the... 7 Fitch opens the door to lower the rating for Spain... 8 Loses the papers, hits a rival and ends up disqualified... 9 Justin Bieber postpones his tour due to facial paralysis... 10 Ximo Puig supports Mónica Oltra despite the serious... 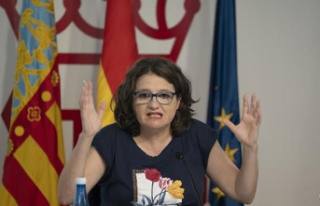 Compromís does not see Oltra in danger if she is...