Mazón: "The chaos and Ximo Puig's inability to manage are causing a health hell"

The president of the PPCV, Carlos Mazón, argued this Saturday that "the chaos and the inability to manage by the Generalitat are causing a health hell in the Valencian Community. 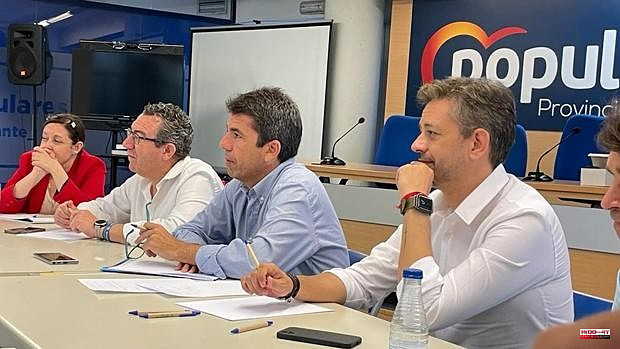 The president of the PPCV, Carlos Mazón, argued this Saturday that "the chaos and the inability to manage by the Generalitat are causing a health hell in the Valencian Community."

Mazón has appeared at a press conference after meeting with the health commission of the PP of the province of Alicante and medical personnel to analyze the health situation, where he has indicated that "his top priority will be to restore dignity to public health and resolve the health chaos provoked by the left-wing tripartite». "The PP will reformulate all health management in the face of this hell and the unsustainable situation that the Community suffers," he added.

Thus, he has shown his concern “due to the lack of doctors to attend to the patients who are going to come to our shores.

We are at the gates of a summer that is going to be a health drama for not foreseeing and covering all the holidays that are going to take place. At this time there is no approved vacation plan.

The popular president has warned of "health hell" in the Valencian Community "due to the lack of organization and chaos in the Ministry." «The cessation of covid contracts since May is taking its toll especially in emergencies and UCIS and now summer is coming and the public service is going to suffer even more with the opening of health centers on the coast and the vacation reinforcements that are not they are going to cover”, he explained.

Likewise, it has indicated that “Puig has abandoned public health to its fate: primary care is overwhelmed with limited hours in health centers and lack of personnel, dismantled services, closure of units or with waiting lists triggered. In fact, the time for a first appointment for the specialist has increased twenty points compared to 2019 (12,000 more people). We intend to put an end to health cuts and recover the services that have been stopped providing ».

Mazón has pointed out that “the Generalitat's policy of health cuts puts our health at serious risk. There are cancer patients without proper care and mental health is precarious and without resources. The impotence in this situation is desperate, not only for users but also for health personnel. In fact, the specific weight of Health in the budget has dropped four points since Puig governs, which has gone from 32% in 2015 to 28% in 2022.

The popular leader has stated that “this chaotic management has an impact especially in Alicante, where the Hospital de San Juan and the General are the two that have the longest waiting list at the regional level, although the chaos due to the cuts is widespread. In the Marina Baixa Hospital there are layoffs of professionals, in the Hospital de la Vila there has already been a collapse in income, and in Torrevieja the reversal has been a disaster and the month of July is going to be chaos ».

«They talk about public management but the reality is that with the health cuts and the worsening of public health they are favoring private health. Thanks to Puig, one in five Valencians no longer trust public health and take out private insurance, 26% more since 2015. The left has created a system for the rich who are the ones who can afford it and those who cannot and they eternalize in the waiting queues”, he concluded.

1 Déborah's family asks to know the chain of custody... 2 Siro workers are already voting on the pre-agreement... 3 Germany will introduce border controls during the... 4 Fitch opens the door to lower the rating for Spain... 5 Loses the papers, hits a rival and ends up disqualified... 6 Justin Bieber postpones his tour due to facial paralysis... 7 Ximo Puig supports Mónica Oltra despite the serious... 8 Olías del Rey invests 40,000 euros in its new space... 9 The most anticipated music festivals for the summer... 10 Official: Real Madrid announces the signing of Tchouaméni 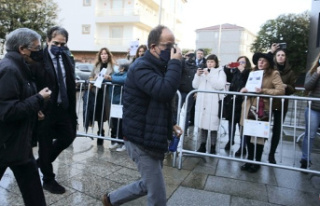 Déborah's family asks to know the chain of custody...