The investigation for the alleged manipulation of Déborah Fernández's desktop computer gets bogged down. 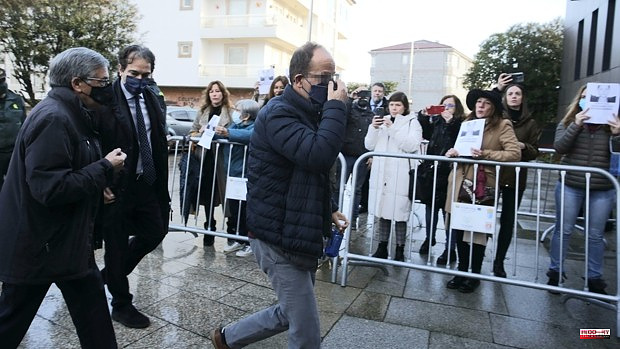 The investigation for the alleged manipulation of Déborah Fernández's desktop computer gets bogged down. After the company Lazarus Technology stated before the instructor of the case for the death of the young woman that the device's hard drive was erased while she was in police custody, in 2006, the family thought that the path to a separate piece of the case was flattened given the evidence of the experts' conclusions. But the last hour is that the Tui judge has not just stayed with the version of the Lazarus investigators; and to confirm her exposure, she has issued a ruling in which she requests a "counter-report" from the Engineering Department of the Civil Guard Criminalistics Service, about the hard drive of the young Déborah Fernández Cervera's computer equipment.

The diligence dislocated the family of the deceased, who received with "surprise" the decision to request a new document from some specialists who had already ruled on this element in their day. Above all, they delved into, after learning of an "exhaustive" report by the Lazarus experts with "clear, forceful and unambiguous" conclusions. "We go back to September 2020," they lamented. In her reasoning, Déborah's sister told ABC that the members of the Civil Guard were not capable of "doing anything with the hard drive", so the judge wrote a letter requesting private companies to take care of the theme. For Déborah's relatives it is also striking, with respect to the decision of the owner of Tui, that a new diligence be requested from some agents, those of the EDITE, who already tried to clone the hard drive in September 2020. That time not they succeeded because the device began to smoke, so they had to give up.

Days later, the computer was sent to Madrid, to the Criminalistics Department, which prepared a report in which the experts indicated that it had not been possible to access the information because the memory chip was "damaged or defective." Civil»It was at that moment when the family fought for the computer to fall into the best hands and insisted that it had to be Lazarus, because he had already accessed Diana Quer's mobile and had participated in the Marta del Castillo case. "They are experts who train the Civil Guard and now they tell us that their report is invalid, it is not understood," the family recriminates. In their struggle to clarify who is to blame for the case, they have also requested to know the chain of custody of the device. That is, to verify the names of the people who accessed the computer to track down the black hand - of an expert, Lazarus' experts point out - who accessed the computer to delete part of its content.

The chapter of the hard drive of Déborah's team adds to other negligence and suspicions that marked the investigation for the death of the young woman, in April 2002, and that made it difficult to find who was responsible for the crime. At the moment, and after the closure of the case for the years that have elapsed, only the piece that affects the victim's ex-partner remains open, and the only one indicated by his premature death. "This is one more stick in the wheel," he summarized Rosa Fernández, who has been fighting for justice for two decades. In addition to enduring "veiled threats" from those around the person under investigation, the Fernández Cerveras have devoted great efforts to contacting experts to help them shed light on what happened to her sister while playing sports on Samil beach. A renowned coroner promoted the exhumation of the body, in which traces of DNA were found under the nails that had not been analyzed at the time, and also detected injuries that pointed to death by suffocation or strangulation, and that flatly ruled out the theory. natural death that burdened the case for more than ten years. The last attempt was carried out by a linguist who issued a report considering that Déborah's boyfriend could have been untrue in his statement before the judge as the only one investigated for the crime.

1 Siro workers are already voting on the pre-agreement... 2 Germany will introduce border controls during the... 3 Fitch opens the door to lower the rating for Spain... 4 Loses the papers, hits a rival and ends up disqualified... 5 Justin Bieber postpones his tour due to facial paralysis... 6 Ximo Puig supports Mónica Oltra despite the serious... 7 Olías del Rey invests 40,000 euros in its new space... 8 The most anticipated music festivals for the summer... 9 Official: Real Madrid announces the signing of Tchouaméni 10 Arrested a Bundesliga footballer accused of raping... 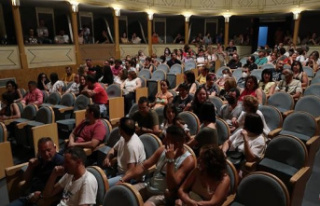 Siro workers are already voting on the pre-agreement...