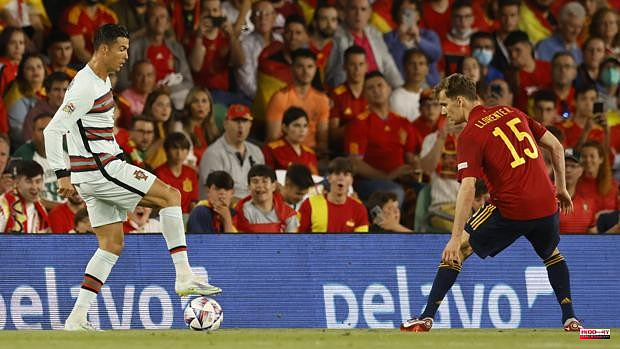 Sovereign in soccer is the one who creates leagues, the one who can create tournaments. UEFA is, and creates the League of Nations, a competition that serves, first of all, so that we stop talking about the 14th for a while.

Transit cost at first. Go from club football to national team football. Portugal seemed like a more attractive team, with players who have shone these months, against a lesser Spain, with secondary profiles. We had to adopt again the perspective of the short and skilled man, get used to that idiosyncratic football. Portugal was better and more worthy of being looked at, and Spain was weak at first, without the 'Luisenriquista' ardor, without that point of collective boiling that it reached. That's how it was, more or less, until Morata's goal came, in a counterattack so well managed by Gavi.

They were already there, and we began to remember, we saw them reappear for an instant, the values ​​of Spain, its fast and synchronized football. Little by little we went from the nominal brilliance of club football, of Leao or Bernardo Silva, which sound in the 'market', to the gaze of national team football, which for us now is pure collectivism, something almost anonymous, a bit Korean. , individuals under the directorial ego of Luis Enrique, elusive, but ultimately reliable. It was a transition in which we were reminded of the ready-made team that is Spain, the one that came to stand up to the France of Benzema and Mbappé in this competition. The players from Portugal were brighter and had more of the ball, they even dominated it at times, although Spain was not left without a reason for being. His reason for being is no longer that, it is Luis Enrique. There was a collective minimum that worked, a chassis and an engine that still didn't roar at all.

The selection is far from its best moment, but far from the psychological point of view, not football (although perhaps it is the same). It would lack a philosophical point, of mania, of emphasis.

This League of Nations is thought of as a laboratory for the World Cup, but Spain has already done it, and they just have to pick up temperature, tension, determination. Luis Enrique has already done the sifting and forging work, and now he will have to adjust the mechanical elements of the team, perfecting them, screwing them down, intensifying the pressure, renewing faith in possession.

Portugal had a greater control of the game and Spain appeared only on its defensive and counterattacking side. That is where the coach has to influence our comparative advantage, which must be redefined and updated. We need to be fervent about the touch, even delusional.

1 Christian passes like a ghost 2 Benefits of Playing Online Casino Games During the... 3 The best cocktail shaker in Spain: «The only limit... 4 «Iceta has preferred to look the other way with the... 5 Lorenzo Silva reveals the most dangerous special operations... 6 The PP affirms that the alleged corruption of the... 7 Justice rejects the appeal of residents of Chamberí... 8 Ayuso carries out the controversial VTC Law with concessions... 9 Casper Ruud, between golf and tradition 10 Moyà: "Don't expect me to be playing with... 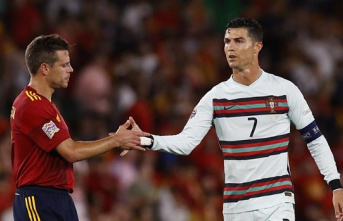