Lorenzo Silva is not wearing a forest camouflage jacket today; he does not wear the typical military anti-fragment vest either. 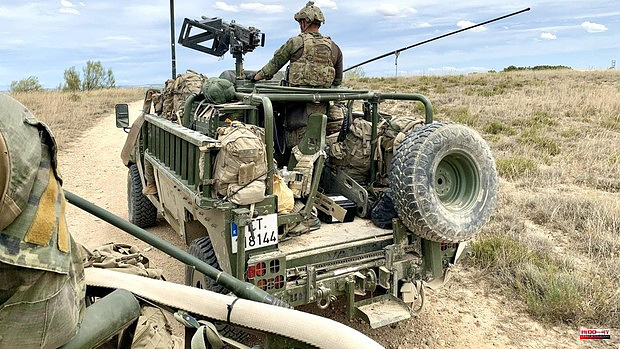 Lorenzo Silva is not wearing a forest camouflage jacket today; he does not wear the typical military anti-fragment vest either. His outfit for the interview is a gray suit and a cup of coffee, which he orders strong. Although he hides a memory of his time in the Army Special Operations Command (MOE), which he has studied and investigated for the last seven years. He rummages through his bag and finds a greenish patch with a name... 'Feather'. "It's the nickname they gave me in the unit when I did maneuvers with them." A military tradition with the reporters who accompany the regular forces despite the fact that now they write with a computer, and not with a pen.

The nickname thing is not just Silva's thing.

In the Spanish special operations units, each member has his own. Thus, soldiers like Rosa, Skunk or Ruina have fought on the battlefields of old Europe and the Middle East. “The rest of the unit puts it on you. Lepanto, for example, is called that because he absurdly broke his arm during some maneuvers », he explains. All of them are trained and seasoned soldiers who today star in 'No one ahead' (Destiny); a compendium of stories about the most dangerous actions in which the Spanish 'green berets' have participated. Fictional, yes, but based on the many interviews that the Planeta Prize winner has done in the heart of this group.

But the play doesn't just focus on soldiers. Members of the same CNI designated by the government also parade through Silva's pages. And it is that their work, although buried, is key for the contingents assigned abroad. "They take it upon themselves to pressure the local population by going into the villages to talk to their informants," he explains. That shows, he says, that they are not a group of "killed and undocumented" but workers to whom we should give the benefit of the doubt. "If the pro-independence political leaders have had contacts with people who developed violent riots, who promoted violence in the streets or who maintained contacts with agents linked to foreign intelligence services, it was the obligation of the CNI to spy on them," he insists.

Silva's stories are like the MOE: intense, fast and direct to the aorta. “The mission of these men is to go where no one else can go.” Heirs to the SAS commandos that spread terror behind German lines in WWII, their members are prepared to "cause a lot of damage to the enemy with a small number of personnel."

Although his to-do list has changed in recent years. "In modern conflicts they are deployed as reinforcements for line soldiers, they carry out reconnaissance functions, go into areas defended by the enemy and train their equivalents in other armies," he says. In Afghanistan, for example, they trained local special units. "They are the only ones still fighting the Taliban."

With his pen, Silva portrays from the grayish rocks of the Perejil islet, to the withdrawal from the Kabul airport in 2021, he makes a sigh. Operations, all of them, successful for the Spanish 'green berets'. “They have been risking their lives for twenty years. They have entered cities dominated by the Islamic State and faced drones, car bombs and suicide bombers », he sentences. In the next sentence he lowers the tone of his voice; he does not want to alert bad fortune. “They have not had a fatality. In places where Navy Seals have fallen, they have emerged victorious. And not because they have not taken risks.

Like any good parent, he has a hard time pinpointing a favorite story. Although he cracks a smile when he talks about the events that occurred in the Afghan province of Badghís, in 2018. «A three-vehicle convoy escorting a CNI agent entered a mountainous area. They were waiting for you." The enemy met them with missile launchers and light weapons. “Everything happened to them. Two Vamtacs broke down and lost the satellite connection », he adds. It was a story in the purest 'Black Hawk shot down' style, but they got out of there thanks to their preparation. "They are not Rambos, they study each step in advance so as not to make mistakes."

Despite everything, Pluma does not declare himself a lover of war. Although he does defend himself against tyrants who do it in an uncivilized way, like Vladimir Putin. «Opening the spigot of horror without having the absolute conviction that it is the only solution is barbaric. But when the decision has been made and whoever opened it is determined to turn the key, we can't just stand by."

What is happening in Ukraine seems like an aberration to him, but he is bitter that, although the conflict has been going on since 2014, it has not been talked about. «We Europeans believe that, if war is ignored, it does not exist. This is what I want to avoid with this book. We have had Spanish soldiers taking the cities of western Iraq from Daesh and we have not heard about it». It is, in short, his particular battle against war.

1 The PP affirms that the alleged corruption of the... 2 Justice rejects the appeal of residents of Chamberí... 3 Ayuso carries out the controversial VTC Law with concessions... 4 Casper Ruud, between golf and tradition 5 Moyà: "Don't expect me to be playing with... 6 Indie reconquers a massive and thirsty Primavera Sound 7 Biden pressures Republicans in the face of the latest... 8 The socialist mayor of Venta de Baños asks for public... 9 The Boston Celtics defeat the Warriors 120-108 and... 10 Castilla y León practices last year two of the ten...

Infidelity: 10 curious facts about cheating in a relationship 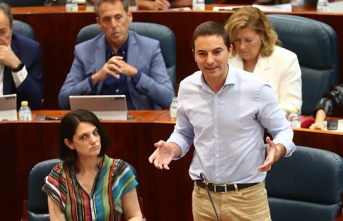 The PP affirms that the alleged corruption of the...