Miquel Iceta's passage through the Principality has resulted in a rosary of criticism from the Asturian parties, who accused the Minister of Culture of "washing his hands" and "falsely closing" the controversial sale of Goya's 'Victor Hannibal', from the Selgas-Fagalde Foundation, to the Amigos del Prado Foundation. 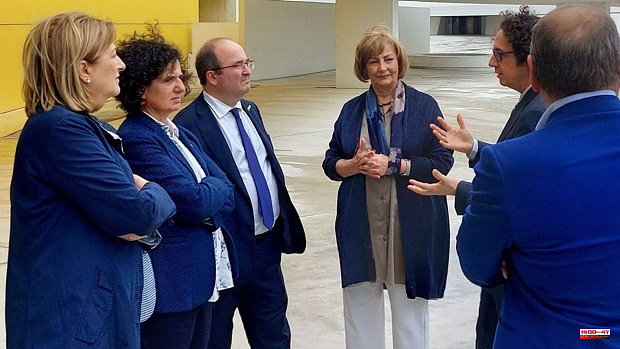 Miquel Iceta's passage through the Principality has resulted in a rosary of criticism from the Asturian parties, who accused the Minister of Culture of "washing his hands" and "falsely closing" the controversial sale of Goya's 'Victor Hannibal', from the Selgas-Fagalde Foundation, to the Amigos del Prado Foundation. «On the part of the ministry we have collected all the information and we have not seen any evidence of any crime. And also the Prosecutor's Office, after some inquiries that only the judiciary can make, has determined that it sees no reason to continue the investigations, "Iceta finally said about a foundation that has been in the pillory for more than a year for getting rid of the first painting documentation of the Aragonese painter and for his financial management.

"That the Prosecutor's Office says that there is no crime does not mean that there are no irregularities, and here a painting has been sold below its price, with a terrible obscurantism and without the Minister of Culture [PSOE] having done anything to avoid it", Gloria García, regional deputy of the PP, valued yesterday. “The ministry is there to control these irregularities and take measures so that they do not happen again. It is a way to falsely close the subject. Iceta said that she would act if she saw irregularities, but she preferred to look the other way».

Indeed, the minister promised to be very "demanding" and "transparent" eight months ago, when the Principality asked the Protectorate of Foundations to assess the possibility of intervening in the Selgas Foundation for its activities, but since then it had not been returned to refer to the topic. Yesterday, this newspaper asked Culture for more details about the investigation, but its press department alleged that "the ministry's technicians do not make statements to the media." The ministry is not in the business of providing more information, beyond what Iceta said: "The minister already reported on this issue during his visit to Asturias."

Citizens also referred to Iceta's statements. For her spokesperson on the Board, Susana Fernández, what happened "is unfortunate due to the opacity and lack of transparency in a foundation that completely lacks control instruments." Adrián Pumares, from Foro Asturias, wondered if Iceta would also have "looked the other way" if this "looting" had occurred "in any Catalan town instead of in Cudillero", where the mansion that houses the entire artistic collection is located. bequeathed by the Selgas family in 1991. Iceta has gone to Asturias to “cover up the scandal”. Ignacio Blanco, from Vox, considered that "the minister's statement is irrelevant." The group of voters SOS West called for the return of the "plundered" painting.

1 Lorenzo Silva reveals the most dangerous special operations... 2 The PP affirms that the alleged corruption of the... 3 Justice rejects the appeal of residents of Chamberí... 4 Ayuso carries out the controversial VTC Law with concessions... 5 Casper Ruud, between golf and tradition 6 Moyà: "Don't expect me to be playing with... 7 Indie reconquers a massive and thirsty Primavera Sound 8 Biden pressures Republicans in the face of the latest... 9 The socialist mayor of Venta de Baños asks for public... 10 The Boston Celtics defeat the Warriors 120-108 and... 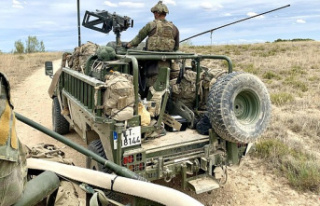