Moyà: "Don't expect me to be playing with an amputated foot either"

After beating Novak Djokovic, the atmosphere at the flirtatious Jean Bouin club is relaxed. 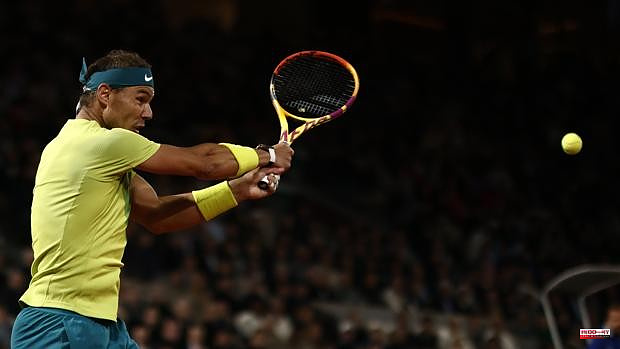 After beating Novak Djokovic, the atmosphere at the flirtatious Jean Bouin club is relaxed. At least, off the court, where the Nadals, father, uncles, manager, observe the tennis player's training. Inside, yes, there is a long hour of hard rally, volleys because it will be necessary to change the rhythms and some final guidelines to the player, cap soaked with water because the sun finally hits Paris, by Carlos Moyà, Francis Roig and Mark Lopez.

Alexander Zverev is watched out of the corner of his eye (today, 2:45 p.m., Eurosport), who begins his training at the moment the Balearic finishes, while observing the route already completed. The tournament is not won, there are two steps left, they repeat, but one of the great match points was saved against Djokovic and there is confidence.

This is Nadal, this is Roland Garros. "It's very nice. The jump of how it arrived has been important. We expected it because historically Rafa has always responded when required, "explains Moyà to the Spanish press.

Nadal is still surprised by his own performance, how he reached the level that it seemed he did not have just in the appointment with Djokovic. But Moyà is no longer surprised, he has seen this film many times: «Am I surprised by what happens here? No. Australia surprised me much more. First because of the surface, then because of the preparation, because of how several of the games went. And especially that five-odd hour final. That did surprise me. And of course it adds up and you come with important baggage. But it was in January and then things happened that make you forget. You start from scratch, and it helps, but when you come back after an injury like the one he had and add it to what he's had... This thing here... It's been the most unusual gravel season of his career. And it is clear that we had doubts, but it has not surprised me. I have a lot of faith in him and I really appreciate his game and his level ».

Because this is Nadal and this is Paris, and there are eighteen editions, fourteen semifinals -fifteen with today-, of which he has won thirteen, for thirteen titles. "He comes here and mentally makes a 'click'. He forgets what has happened before. Most of the time he has come up with many titles already. This year has been like 2020, that he came with only one tournament in six or seven months and with a defeat in the quarterfinals. The good thing about him is that he picks up the rhythm in the first rounds and fine-tunes. Training gives you 75-80%, but to get to that hundred you have to win games, you have to suffer, you have to spend hours on the track. The Balearic started strong, but Moyà talks about something else, because he knows that at 80% Nadal is capable of beating most rivals. "I'm talking about demand. His tennis was good from the start, but if you compare it to certain moments in the match with Djokovic, you see the difference. He needs that demand, from a rival like Djokovic, who forces you to get the level and even so, sometimes it is not enough ».

He faces Zverev today, the one who first filled the covers of the new generation, pointed out as the one chosen to finally unseat Nadal, Djokovic and Federer. He has size, 1'98, and a strong hand. He has a favorable 4-3 against Roger Federer; he has also beaten Djokovic four times (out of seven); and three wins, out of nine, he has wrested from Nadal (Copa Maestros 2019, Paris-Bercy 2020 and Madrid 2021). But there is not a single victory in Grand Slam, where Zverev shows the cracks. It is his fourth major semifinal (US Open 2021, Australia 2020 and Roland Garros 2020, he lost to Tsitsipas) and he has only reached one final, at the US Open 2020, and gave up after winning the first two sets, with Dominic Thiem.

But in Nadal there is always respect. “He is very rocky and has gained confidence. A month ago he probably didn't expect to be in this round. Almost like Rafael. He saved a match point at second; In the quarterfinals, he beat another of the favorites, Alcaraz, playing very good tennis. It's hard, it moves very well for how tall it is, it hits very hard on the backhand and it's confident", analyzes Nadal's coach, who takes some pressure off the foot and the enigmatic messages that Nadal has released throughout the tournament: " We all know what he's going through. He makes what he is achieving much more worthwhile. He has to tell you. But don't expect him to be playing with an amputated foot or a prosthetic either. They are not miracles." No, it's Nadal, at Roland Garros.

1 Indie reconquers a massive and thirsty Primavera Sound 2 Biden pressures Republicans in the face of the latest... 3 The socialist mayor of Venta de Baños asks for public... 4 The Boston Celtics defeat the Warriors 120-108 and... 5 Castilla y León practices last year two of the ten... 6 Madrid metro line 6 cut due to technical incident 7 Sacyl only covers 74 of the 314 resident doctor positions... 8 Mañueco: «The debt is the poverty that our children... 9 Board and Government criticize each other for their... 10 Turkey changes its name in all languages ​​and... 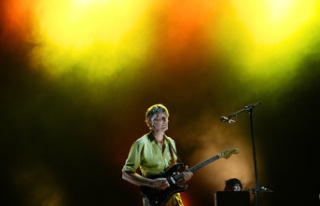