Casper Ruud, between golf and tradition 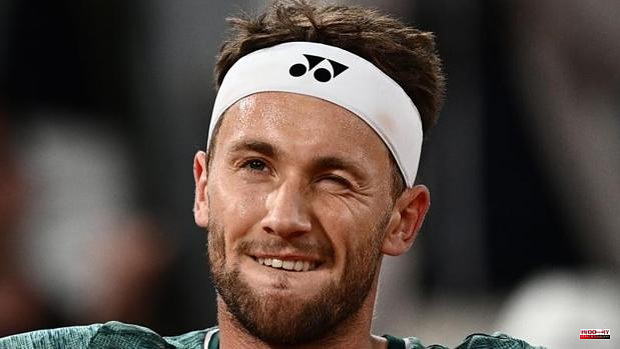 Before a thirtysomething like Marin Cilic, a twentysomething like Casper Ruud (5:30 p.m.). A constant in the current tennis landscape with veterans still in shape and youngsters looking for their place. The Norwegian wants it, a candidate for the final after two weeks showing that he is made for the position. He has not yet made as much noise as others his age such as Tsitsipas, Zverev, Medvedev or even Alcaraz, but he has enough to include himself among the candidates for everything. Semifinalist at Roland Garros.

At the moment, he has minimized everything that Christian, his father, achieved – he reached 39th place in the world. He has nailed the Norwegian flag in all the country's records, of course: first in everything, with eight ATP titles.

Although it is his father who directs his career from the beginning, at the age of 14 he outlined his tennis in Alicante, with Pedro Rico. At 19, in 2018, he spent a good season training at the Rafa Nadal Academy, where he still stays when the European clay court season begins. With the Balearic he shared not only training, but also golf matches, a sport that he is passionate about and that he would have chosen to be a professional, but neither with a racket nor with a stick has he ever beaten the Balearic.

With a childhood with two sisters in which sports were a constant, with a mini track at the back of the family house, until he was twelve he played ice hockey, soccer and enjoyed skiing. She is also not bad at painting, drawing, to which she resorted because she, she said, she brought her tranquility and creativity. He gets hooked on Formula 1 racing. He relaxes on a boat and already has a place to retire: Mallorca, sun, golf and tennis courts.

1 Moyà: "Don't expect me to be playing with... 2 Indie reconquers a massive and thirsty Primavera Sound 3 Biden pressures Republicans in the face of the latest... 4 The socialist mayor of Venta de Baños asks for public... 5 The Boston Celtics defeat the Warriors 120-108 and... 6 Castilla y León practices last year two of the ten... 7 Madrid metro line 6 cut due to technical incident 8 Sacyl only covers 74 of the 314 resident doctor positions... 9 Mañueco: «The debt is the poverty that our children... 10 Board and Government criticize each other for their... 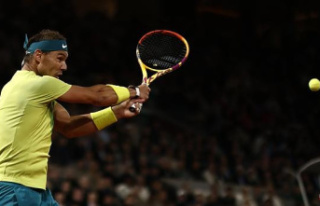 Moyà: "Don't expect me to be playing with...