NBA Finals: An unstoppable Curry ties the series between Celtics and Warriors

With 43 points and 10 rebounds from a titanic Stephen Curry, the Golden State Warriors beat the Boston Celtics 107-97 on Friday and tied 2-2 in the NBA Finals. 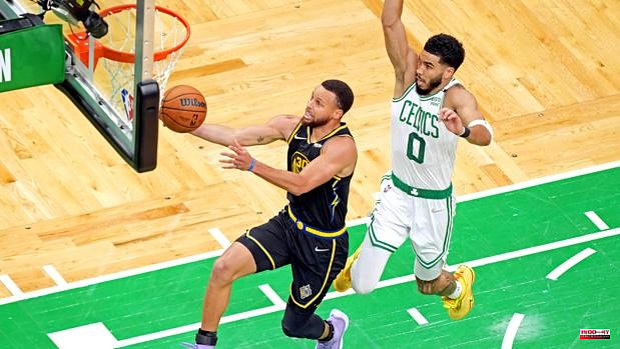 With 43 points and 10 rebounds from a titanic Stephen Curry, the Golden State Warriors beat the Boston Celtics 107-97 on Friday and tied 2-2 in the NBA Finals.

Curry, 48 hours after finishing injured in Game 3, put on the backs of a Warriors who came close to conceding a 3-1 deficit, which has only been traced once in the history of the Finals.

“We knew how important this match was. Personally, I just thank God that I avoided a major injury and was able to play," Curry said after the most tense and fast-paced matchup of the series so far.

At 34 years old, the point guard starred in one of the best performances of an exceptional career in which he has played another five Finals and won three rings, in which he was never recognized with the MVP (Most Valuable Player) award.

But in these Finals no one can overshadow Curry, who is averaging 34.3 points per game, and this Friday he saw to it that the Warriors regained home court advantage before hosting Game 5 on Monday.

Hometown star Jayson Tatum scored 23 points and shooting guard Jaylen Brown another 21 for the Celtics who led into the final four minutes with the support of their 19,000 passionate TD Garden fans.

The exceptional talent of Curry, who lifted his team over and over again with 7 decisive triples, and several key actions by Draymond Green, who redeemed him from another disappointing performance, slowed down the Celtics' path to their coveted 18th ring, which the would become the winningest franchise in history.

"It's crazy because I still feel like we can play a little bit better. But getting a win away from home and regaining home court advantage is something very big for this group, ”congratulated Curry, who was seconded by Canadian Andrew Wiggins (17 points and 16 rebounds).

Curry's display also made him the first player to make at least five 3-pointers in four straight Finals games.

On Wednesday, the Warriors had panicked as Al Horford collapsed on the left leg of their star, who writhed in pain on the court.

The base tried to downplay the injury from the first moment and this Friday he was able to relaunch Golden State with his seventh game with at least 40 points in the playoffs and the second in a Finals.

"It's just amazing," his coach, Steve Kerr, acknowledged. “The physical game is quite dramatic. Boston obviously has the best defense in the league. Huge and powerful in every position, and for Steph to take on that kind of pressure throughout the match and still be able to defend at the other end shows you that this is the moment in his career that he is strongest."

Looking for a boost after Wednesday's loss, Steve Kerr left his only pure center, Kevon Looney, on the bench for shooting forward Otto Porter Jr.

The maneuver was that the colossus Robert Williams III (7 points, 12 rebounds and 2 blocks) had to leave the green paint and thus facilitate a more balanced attack by the Warriors, who in recent games had abused the outside shot.

The TD Garden put the Warriors players to the max and was especially hostile to Draymond Green.

The temperamental power forward, who has waged psychological warfare with Celtics players and fans since the start of the series, was once again shipwrecked in attack with a tally of 2 points, 9 rebounds and 8 assists, but in the final stretch he managed a rebound offense and assistance that were key.

Around the locker room, Golden State quickly neutralized the Celtics' five-point lead and they were shaping up for the rush that they inevitably star in the third quarter, but the only one who answered the call this time was Curry.

The base carried out a titanic exercise of resistance in the third period with 14 points and 4 spectacular triples that placed his team in the lead 79-78 for the final assault.

The Warriors started the quarter with rushes and turnovers and Boston went on to lead 94-90 with just under five minutes left.

A basket by Wiggins and a 3-pointer by Klay Thompson put Golden State ahead 95-94 and Curry propelled the Warriors to an already unassailable 100-94 lead with a final, decisive 3-pointer with 1 minute, 42 seconds left.

Both teams now have 72 hours of rest before Game 5 at San Francisco's Chase Center whose winner will be just one victory away from the ring.

1 UK military: Russia uses anti-ship missiles against... 2 The booths of the Madrid Book Fair will close this... 3 Venezuela president praises Iran fuel shipments during... 4 Unbeatable Climent on the first day of the Cutty Sark... 5 "Essentia" and "Stella" leaders... 6 Provisional prison without bail for the alleged perpetrator... 7 WTO seeks trade agreements with its fate at stake 8 Last kisses and war guilt: Kyiv's deceptive calm... 9 PAU 2022: controversy over math exams in the Selectividad... 10 The Strokes and Lorde top the most massive Primavera... 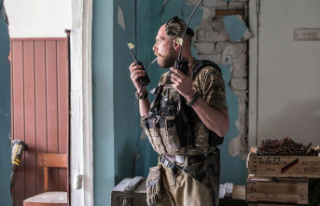