Alejandro Climent finished the first day of racing in Ibiza for the Cutty Sark “Spirit of Adventure” FKSS in a first position with perfect results. 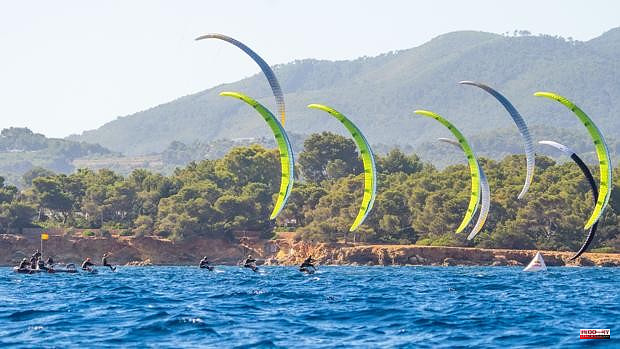 Alejandro Climent finished the first day of racing in Ibiza for the Cutty Sark “Spirit of Adventure” FKSS in a first position with perfect results. The Portuguese Tomás Pires de Lima and Pedro Marcos followed him very closely with a provisional second and third place. The Advanced and F-one Amateur categories will debut tomorrow in the waters of Ibiza.

The Cutty Sark “Spirit of Adventure” FKSS began its first day of the fourth stop of the circuit in one of the best spots on the island of Ibiza, Cala Martina, in the municipality of Santa Eulalia del Río. With conditions between 7 and 11 knots in the east-southeast component, the race committee led by Alex Duran hoisted the delta at 2:15 p.m., filling the northeast coast of the island with paragliders.

In the regatta field, Climent showed a clear superiority over the rest of his rivals, conquering the top of the podium in the nine races held.

After the intense day of competition in Cala Martina and on the beach, Climent commented: “Winning all nine races has been difficult as the wind was a bit unstable, the direction was changing every so often. In addition, there was quite a lot of algae in the water, so we had to keep a safety margin between all of us in case the algae caught us and we lost our balance. I am very proud of my results and hopefully I can continue this streak tomorrow.”

The Portuguese Tomás Pires de Lima and Pedro Marcos accompanied the Valencian on the podium with second and third place respectively. Pires de Lima achieved a second place in all the races of the day except in the seventh, in which he crossed in seventh position. On the other hand, his compatriot crossed the finish line in third place in six of the races, in second and fourth place on one occasion and, in the sixth race, a series of errors led the race committee to qualify him with a DNC on that occasion.

The sailors of the Advanced and F-One Amateur category are expected to start the competition on the second day of the Cutty Sark “Spirit of Adventure” FKSS Ibiza. However, those who were already in the area were able to take advantage of the regatta field to train.

1 "Essentia" and "Stella" leaders... 2 Provisional prison without bail for the alleged perpetrator... 3 WTO seeks trade agreements with its fate at stake 4 Last kisses and war guilt: Kyiv's deceptive calm... 5 PAU 2022: controversy over math exams in the Selectividad... 6 The Strokes and Lorde top the most massive Primavera... 7 Outrage in Mexican bullfighting: "They are taking... 8 They find the missing man dead in the Alicante town... 9 They arrest in Calpe a criminal specialized in robbing... 10 Arrested for selling thirteen types of drugs in the... 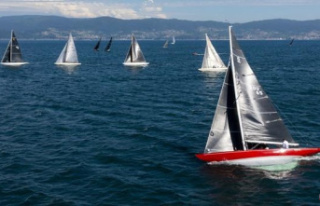