The Strokes and Lorde top the most massive Primavera Sound 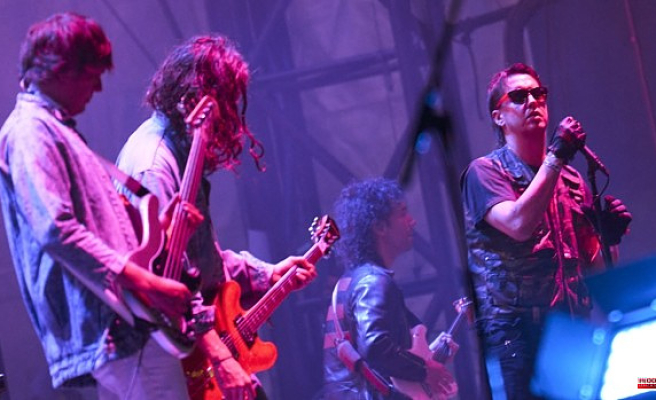 Like the yenka, with its choreography of little steps forward and little steps backwards, this new voraciously ambitious Primavera Sound also has two rhythms, two different speeds. On the one hand, the New Zealander Lorde, all pop with the smell of just released and airs of super production. On the other, the New Yorkers The Strokes, with their (already) generational anthems and throats worn out from using them so much.

Two universes at times parallel, at times complementary, which lined up on Friday in another once again massive and at times overcrowded day at the Forum. Yes, although it seems impossible, every day it seems that there are more people on the premises. A crowd working their throats out on 'Paper Planes'. Thousands of people jumping with 'Green Light'.

Tens of thousands chanting 'Hard To Explain' in unison. The Primavera Sound, celebrating itself and blowing out candles on an esplanade that could barely fit a pin.

Lorde performed there in 2018, one of the artists who began to change the face of the festival with her synthetic superpop, and the New Zealand singer returned last night with a high-level production, a somewhat disjointed script to match the scattered 'Solar Power' and his hits as best asset. On stage, a gigantic sun and an imposing staircase shared the limelight with the elegant and ethereal pop of Lorde, a millennial diva who knew how to shape generational confusion with 'Melodrama'. The evocation of the Laurel Canyon of the seventies of 'Solar Power' may not have penetrated so deeply, but it's still quite a spectacle for her to see her dispatch songs like 'Supercut', 'Perfect Places' or the very round 'Green Lights'. She lacked rhythm, yes, but there were hooks like 'Homemade Dynamite' to make up for it.

Also returning to Primavera Sound were New Yorkers The Strokes, heroes of the turn-of-the-century rock revival who, against all odds, survive as an unusual mass phenomenon: twenty years have passed since their best albums, the first two, but their popularity has not has done more than grow and multiply in these years. A mystery.

Anyone who remembers his 2015 concert at the festival will know that it was a disaster, an authentic display of reluctance and indolence that was about to be repeated last night when Julian Casablancas grabbed 'Selfless' and left it a mess. He didn't hit a single note, which also has its merits, but it was just a mirage: 'Juicebox' came along, all muscled bass and drums and stampeding guitars, and all the pieces fell into place. Also the voice of a Casablancas who, talkative and chaotic, gave away the best sociological x-ray of the festival (“They told me that I would come to sing for my Catalans, but there is no one from Barcelona, ​​right?”, he said shortly after go on stage) and knew how to shine hand in hand with 'Hard To Explain', 'Someday', 'Take It Or Leave It' and 'Reptilia'.

“We have achieved it,” Casablancas announced triumphantly, whose positive for Covid-19 forced the suspension of the performance that the band had scheduled at the festival last weekend. Perhaps to compensate for Julian's ups and downs, the rest of the band had more than enough and, despite a somewhat lacking volume of punch, they sounded impressive on 'New York City Cops' and 'Under Cover The Darkness'. It's a shame that, after so many years, they continue to work in fits and starts and signing concerts by throwing meager. An hour and a little more.

The overwhelming triumph of The Strokes, with almost the entire public concentrated at their feet, left notable holes in other parts of the venue and reflections with a certain aroma of changing the cycle: impossible not to think about what was and what will be when seeing how The Jesus

Friday kicked off with the hurricane and sublime rock of a Courtney Barnett in a state of grace: the Australian, quite possibly one of the best composers of the Lou Reed-Velvet Underground school today, played on a smaller stage than in 2019, but with 'Rae Street' fresh out of the oven and the (great) desire to launch a European tour, the result was even better: raw guitars, deep keyboards and a reinforced concrete rhythmic base. Without fissures. From 'Sunfair Sundown' to 'Write A List Of Things To Look Forward To', Barnett sounded huge. And about 'Pedestrian At Best'... Well, that was already tremendous.

The day of was also the day of The Smile, an incognito version of Radiohead that, perhaps because of maintaining the intrigue, turned off the screens on the Cupra stage and got down to work with the cubist rock and jazz stitching of 'A Light For attracting attention'. In other circumstances, no one would have dared to steal a micron of prominence from Thom Yorke and Jonny Greenwood, but last night it was M.I.A who kept almost all the public and the attention.

Away from the recording studios since 2016, the English singer of Tamil origin took the combat electronics of 'Arular' and 'Kala' out for a walk and signed an impressive staging accompanied by a fifteen-voice female choir. Black and white projections, images of doves in full flight and a certain mystique of spiritual rebirth accompanied the Londoner at her premiere at the Forum. By the time 'Y.A.L.A', 'Borders' and 'Paper Planes' were played, it was already a pressure cooker and, never better said, a festival.

1 Outrage in Mexican bullfighting: "They are taking... 2 They find the missing man dead in the Alicante town... 3 They arrest in Calpe a criminal specialized in robbing... 4 Arrested for selling thirteen types of drugs in the... 5 They arrest a man for committing twelve robberies... 6 Oppositions of teachers in the Valencian Community:... 7 The former president of Bolivia Jeanine Áñez, sentenced... 8 They study a possible case of monkeypox in Castilla... 9 A 73-year-old man dies in the pool of a home in Yuncler 10 El Herreriano proposes a rereading of the Sandretto... 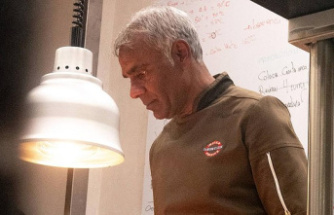 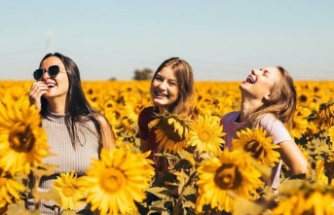 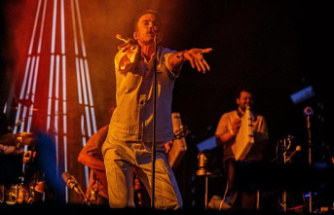 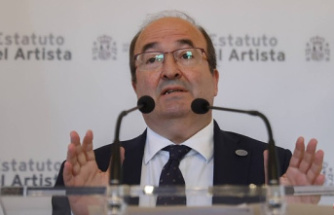 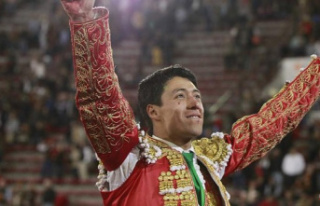 Outrage in Mexican bullfighting: "They are taking...