Fourth consecutive pole this season for Charles Leclerc (the second in Baku) and this Sunday he will start first in one of the most complicated circuits in the World Championship. 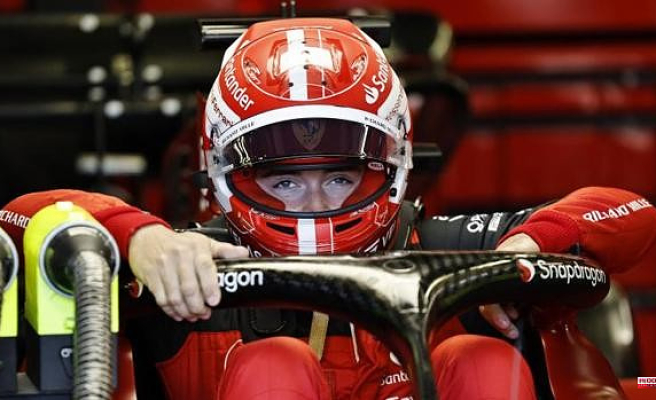 Fourth consecutive pole this season for Charles Leclerc (the second in Baku) and this Sunday he will start first in one of the most complicated circuits in the World Championship. Checo Pérez, in a great personal moment, will share the front row of the grid with the Ferrari driver. Max Verstappen, third, and Carlos Sainz, fourth, will start together from behind. The Spaniard was closer than ever to his first pole position. Taking into account the strategy and the type of street circuit they face, the race on Sunday is wide open and any of them can win. Fernando Alonso will start tenth.

The Red Bull and the Ferrari arrived as favorites to achieve the front row on the grid. His times in the three free practices of the weekend had been the best.

Checo Pérez, winner in Monte Carlo fifteen days ago, was fine and showed that his form was better than that of his leader, Max Verstappen, who even showed some nerves with a spin last Friday. Carlos Sainz, with understeer problems, settled in fourth place before the moment of truth arrived. Alonso could not exceed the middle of the table. Baku, an urban circuit, put the skills of the drivers to the test, with no margin for error due to the fear of being left out, not only of qualifying, but of tomorrow's race.

Q1 began with the Red Bulls setting the best times and with Russell's Mercedes slipping between the Ferraris of Leclerc and Sainz. It was a fierce fight between the two teams, which traced their sectors. Verstappen did not want any surprises and immediately set the fastest time. Alonso remained in the middle zone and his move to Q2 was not in danger. With four minutes to go, Lance Stroll was stamped against the protections, although the Canadian was able to immediately engage reverse gear and get back on track. If the touch had been a little stronger it could have caused a red flag. But as the one who follows her gets it, the Aston Martin driver caused an accident again in which he destroyed the suspension and lost the front wing when he hit the wall in one of the curves. Red flag with two and a half minutes remaining in the first round. The leading cars didn't even leave the box. Stroll was left out along with the two Williams of Albon and Latifi, and the two Haas of Albon and Mick Schumacher.

Ferrari started Q2 strong, with Carlos Sainz setting the fastest time and followed by Leclerc. The two Red Bulls immediately behind and Hamilton suffering in the elimination zone. Pérez took over while Gasly lost control and crashed into the protections without consequences. The French could return to the track. The pilots were hurrying the limits trying to lower the time. The two Mc Larens of Norris and Ricciardo, the two Alfa Romeos of Zhou and Bottas and the Alpine of Ocon were eliminated.

The moment of truth arrived without excessive surprises in Q3, with the two Red Bulls, the two Ferraris, the two Mercedes and the two Alpha Tauris, accompanied by Fernando Alonso's Alpine and Vettel's Aston Martin. The Ferraris ruled, with Carlos Sainz on provisional pole, followed, of course, by the two Red Bulls (Pérez set better times than Verstappen). Alonso was ninth. In the end Leclerc improved all times with a stratospheric lap, Verstappen kicked Sainz off the front row of the grid and Checo Pérez kicked his teammate. Alonso closed the group. Russell was the first of the group who was not a favorite.

1 The bullfighters mobilize on social networks against... 2 UN urges calm after Libyan clashes: UN is concerned... 3 The Councilor for Sports in Toledo, Pablo García,... 4 Maduro throws himself into the arms of the ayatollahs... 5 «Essentia» continues to lead and «Bribon 500»... 6 Alternative crossing point in Iceland for the Vendée... 7 The roofs of the Carmelite convent of Consuegra need... 8 The families of the Aguilar girls resort to the Hearing... 9 Primavera Sound confirms four more years of festival... 10 López Obrador's offenses against the culture... 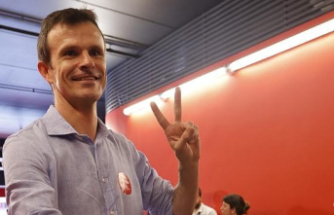 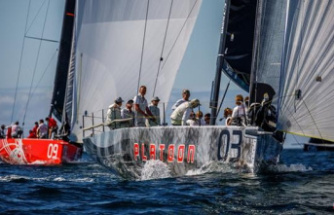 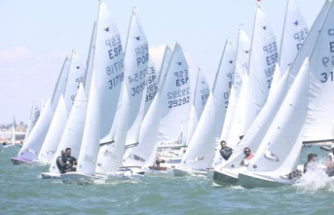 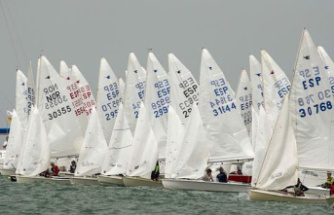 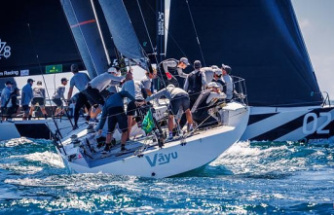 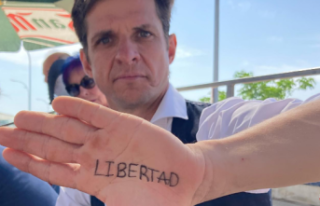 The bullfighters mobilize on social networks against...