Alternative crossing point in Iceland for the Vendée Arctique fleet 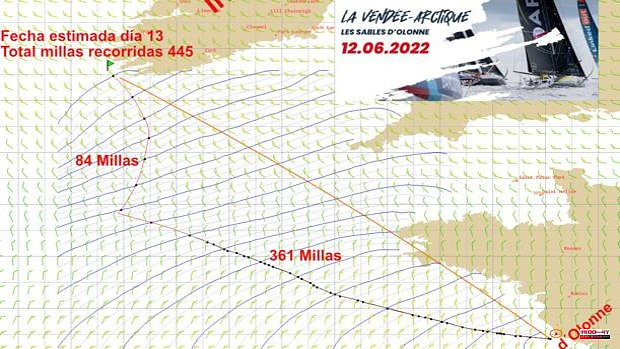 Tomorrow, Sunday, at 5:00 p.m., the second edition of the Vendée Arctique regatta will start, reserved for IMOCA monohulls and solo, in which 25 sailors from Japan, France, the United Kingdom, Belgium, Germany, Switzerland and Hungary participate. . Once again the departure of the fleet will be seen through the channel of the port of Les Sables d'Olonne with thousands of spectators crowded on the docks.

The northernmost crossing point of the route is turning Iceland, and in the event that the weather conditions were adverse, the regatta direction has given a new crossing point to the east, turning the small island of Hvalbakur, which has an area of ​​one hectare and a height of 5 meters in the best of cases.

Francis Le Goff explains the conditions of his decision: "Everything is green, the fleet will go almost all the way around the island with a tailwind. We have kept a gate to the east of Iceland because one or two skippers encourage us to do so, but time seemed to be fixed. On the way back, in the Atlantic, a high-pressure system will be installed that will favor navigation downwind and, therefore, speed. It is possible to quickly return to Les Sables d'Olonne in 11 days ".

In case of having to opt for this option, the Organization will have to notify the skippers 15º miles to be able to change the course that they take towards Iceland.

The Vendée Arctique is one of the regattas, the first, of preparation for sailors who aspire to sail around the world alone without external help or Vendée Globe stops next November 2024.

Lone sailors are clear that participation in the Vendée Globe implies a long preparation that can be between two and three years, not only to be able to obtain sufficient financial resources but also to be able to reach a level of competition in accordance with the current level that exists. in the IMOCA Class. That is why participating in other solo regattas counts, such as the Route du Rhum, the New York – Le Sables, as well as the Transat Jacques Vabre in A Dos and the solo tour of France from the Caribbean. Accumulating thousands of transatlantic miles before facing the round the world in the idea of ​​obtaining a compromise, a balance between the best performance and finishing the race.

If the weather forecast models for the next few days are confirmed, it is estimated that the fleet will return to Iceland next Friday the 17th.

According to the tracking extrapolation, between Le Sables d'Olonne and the south-west of Ireland, the IMOCAs will make a first tack on starboard tack of 361 miles heading 24° and the next tack of 84 miles on port tack at 327° due to a role of wind to the left; adding a first 445.6 miles.

1 The roofs of the Carmelite convent of Consuegra need... 2 The families of the Aguilar girls resort to the Hearing... 3 Primavera Sound confirms four more years of festival... 4 López Obrador's offenses against the culture... 5 Charl Schwartzel, LIV's first millionaire 6 Turkey's capital sees a flood that kills a man... 7 These are the cheapest hours of light this Sunday 8 Albacete goes back to return to Second 9 Algeria reaffirms its break with Spain and "deplores"... 10 Miguel Serrano walks an ear in the second of the Potter 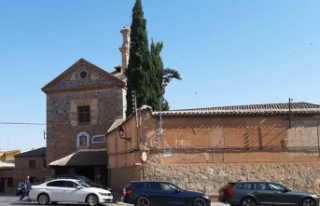 The roofs of the Carmelite convent of Consuegra need...