López Obrador's offenses against the culture and history of Spain

The president of Mexico, Andrés Manuel López Obrador, comes from Ampuero since his grandfather was a native of this Cantabrian town, curiously a town known for its famous Running of the Bulls for La Virgen Niña, a festivity that dates back to the 16th century. 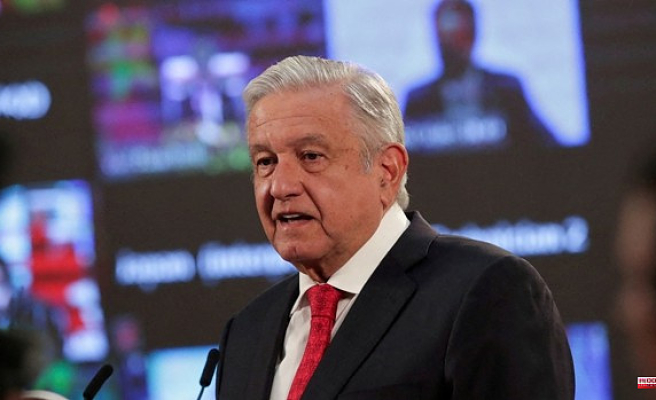 The president of Mexico, Andrés Manuel López Obrador, comes from Ampuero since his grandfather was a native of this Cantabrian town, curiously a town known for its famous Running of the Bulls for La Virgen Niña, a festivity that dates back to the 16th century. However, the Mexican president does not seem to like the bullfighting festival and, in September 2019, he did not rule out a citizen consultation to abolish bullfighting throughout Mexico, launching the issue without reaching a conclusion. Let's remember that as we were told to ABC from 'Mexican Bullfighting', the fair is the second show in capacity of our sister nation, only surpassed by soccer.

Already last February, the Tabasco leader invited us to "pause relations" with our country.

It was not the first time that the president had strained relations, such as when, after assuming office, he sent a letter to King Felipe VI urging him to apologize for the abuses that the Mexican authorities consider to have been committed during the conquest. Coming to express that "it was an invasion", because according to his words, "there were massacres, impositions". "The so-called Conquest was made with the sword and the cross," he concluded.

A historical revisionism that aims to promote the Independence of Mexico, which occurred 201 years ago, due to the ideological approach of the Fourth Transformation of the president that seeks to remember the defeat of the Aztecs, with last year's celebrations, since it was in 1521 when Hernán's army Cortés appropriated Tenochtitlán, the capital of that civilization.

A harangue that reminded his counterpart Pedro Sánchez, despite the fact that Spain is, after the United States, the country with the largest foreign investment in Mexico. Spanish companies have also been continuously in the political trigger of AMLO, which he usually accuses of "violating the laws or for acts of corruption." He has a special fondness for Iberdrola. In addition, he has come to point out to Spanish companies that they receive privileged information from previous governments to obtain contracts with the Federal Electricity Commission (CFE), with which he intends to nationalize energy by cornering the Spanish energy companies.

To this we must add that, from the National Palace, the president harangued his referendum three years ago: "I would have to hold a kind of consultation to have everyone's opinion", while inviting the public to "inform themselves well and have controversy for and against. Perhaps with this "invitation to a participatory democracy" three fundamental axes were achieved: to satisfy its members of the Green Party with whom it maintains strategic alliances and to continue with the eradication of all symbols of Spanish culture while society polarizes into likes and dislikes . The great consultation could not be carried out since article 35 of the Mexican Constitution would have to be reformulated previously. This change would require a qualified majority that AMLO's party lacks after last year's midterm elections.

Although this great consultation, finally it was not necessary since a federal judge ordered, on Friday, June 10, to indefinitely ban bullfights and steers due to the lawsuit filed by the association 'Justicia Justa'. A law that can be abolished in Plaza México, the largest in the world, with capacity for 50,000 spectators, a meeting point for the most representative figures of bullfighting.

For now, four Mexican states - Sonora, Guerrero, Coahuila and Quintana Roo - have already totally banned bullfighting and the features of the Spanish end up being lost with the "abuse of the Conquest", which occurred five hundred years ago, as the premise that López Obrador promulgates.

In the bullring of Los Califas during a bullfight in Morante de la Puebla, around the end of 2020, Cayetana Álvarez de Toledo warned about the fallacy and the effort to politicize everything, and as an example, bullfighting that is usually included in an ideology , like the Crown. The deputy extolled the great men of the left who defended bullfights. In Mexico they have their representative in the trade unionist Haces Barba, a senator for Morena (the presidential party) and close to López Obrador, who personified the paralysis of the abolition of the bullfighting fair last December in the Mexico City Congress. Thanks to his intervention with the Green Party, it was possible to stop this intervention, which is now being carried out through judicial intervention. Currently, the senator is the owner of the bullfighting company 'Don Bull', concessionaire of the Plaza de Toros 'El Relicario', located in Puebla, where Miguel Barbosa, belonging to Morena, governs.

The debate continues in Latin America with the prohibition of killing the bull in the ring in Bogotá and Quito. While the dictatorship in Venezuela cancels bullfights and the justice system in Peru refused to ban them two years ago. On the contrary, European nations such as Spain, France and Portugal continue, for now, to continue with the bullfights. 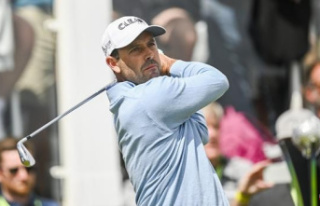