Coco Gauff is the star of the week. 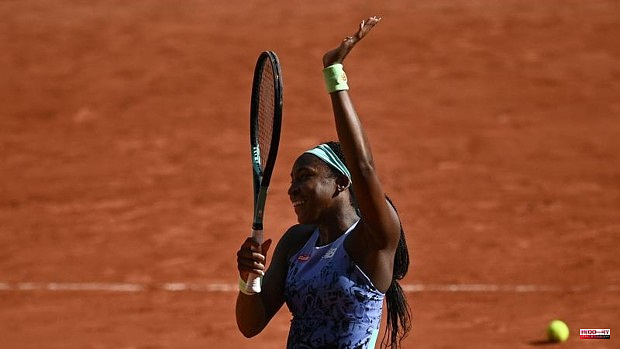 Coco Gauff is the star of the week. The young American won a final in singles and another in doubles, breaking several precocity records. With her win against Italy's Trevisan, Gauff became the youngest Roland Garros finalist since Kim Clijsters in 2001 and the youngest at a Grand Slam since Maria Sharapova in 2004.

With just 18 years old, Gauff managed to get into the finals of both disciplines in the most important tournament of the season on clay. In addition, the tennis player has sneaked into the top ten in the world for the first time. In the individual modality she will face the world number 1, Iga Swiatek. The Pole is having a magical year, since she won almost all the tournaments played, and she already has a victory in Paris, the Grand Slam won in 2020.

The battle for the women's crown will be an uphill battle for the American. In doubles, she, along with her partner Jessica Pegula, will seek the title against the French Caroline García and Kristina Mladenovic.

During her career, Coco has shown herself to be a great fast court player, with an eclectic style that enabled her to adapt very well to grass. For this reason, with the passage of time, her comparisons with Serena Williams increased. But the new pearl of women's tennis kept a surprise: in 2021, with the arrival of the earth, Coco fascinated everyone, she managed to beat Putintseva, Sakkari, Sabalenka and Barty at the WTA 1000 in Rome. She lost against Poland's Swiatek, whom she will meet in the Roland Garros final. During her training she also trained and practiced in doubles, where this year she found her position and in this tournament she established herself as an excellent doubles player, accessing the last match.

His great mission will be to conquer both titles. The most recent case of a tennis player present in the two finals was also in Paris, when last year Barbora Krejcikova took both crowns. Gauff broke the record of having entered these finals at the age of 18, becoming the youngest player to achieve this milestone since Steffi Graf in 1987. The German was then 17 years old and faced and won Martina Navratilova in an epic duel to three sets, but failed to win the double victory because she was defeated in the doubles final along with Gabriela Sabatini against Martina Navratilova and Pam Shriver herself.

The American has been in the elite for three years but, pressured by comparisons with Serena Williams, she has never won a relevant trophy on the women's circuit. The final step that she lacks from her is to prevail in a competition like Roland Garros. She seems ready to at least compete against Swiatek and aim for doubles. The 'Baby Phenomenon' is ready to enter the Olympus of the best and two games of her separate her from being the eternal promise or the new queen of Paris.

1 Pol Espargaró: «Marc leaves us lame; without it,... 2 Gavi, from extravagance to main 3 These fish could reach luxury prices in the coming... 4 Mayumaná is charged with electricity in 'Current' 5 Break into a Dallas museum and destroy ancient Greek... 6 Beck, Little Simz and D.C. Fountains. straighten the... 7 Impulso Ciudadano sees censorship in the Catalan “language... 8 Laya avoids supporting the agreement with Morocco... 9 Morocco contradicts the opening of customs in Ceuta... 10 More than 9,300 'menas' and former guardians... 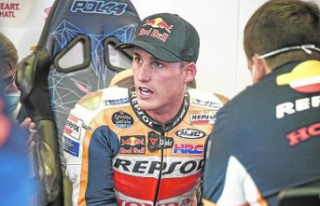 Pol Espargaró: «Marc leaves us lame; without it,...