Pol Espargaró: «Marc leaves us lame; without it, evolution is slower»

Marc Márquez's injury burdens Pol Espargaró (Granollers, June 10, 1991), his partner, with all the responsibility in a season in which the Hondas are suffering excessive problems. 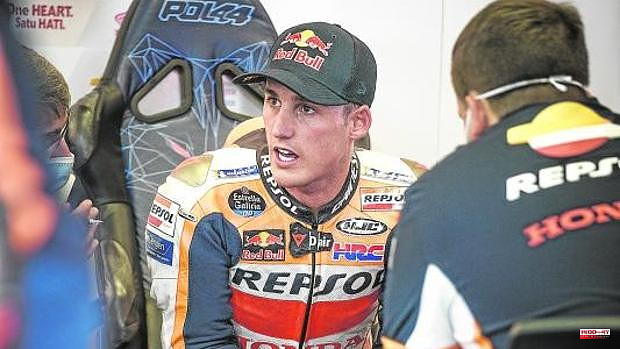 Marc Márquez's injury burdens Pol Espargaró (Granollers, June 10, 1991), his partner, with all the responsibility in a season in which the Hondas are suffering excessive problems. And his brother, Aleix, stands out, in Aprilia.

—Neither add nor remove. It is a complex situation for the team and for me because it leaves us lame. Without Marc in the team, the evolution is slower, you have less information about a fast and leading rider like Marc, with the experience that he has. So we all lose.

—But before you shared the glances, now all the attention falls on you.

"We're both under pressure to do our best. That regardless of whether a pilot is or not.

The pressure has to come from the team, from where you are, from competing at Repsol Honda... For that reason alone you have to have maximum pressure and want the best results. It is clear that without Marc it falls a little more on me but even so I am going to face the weekend as if it were a completely normal weekend.

—Montmeló, your house, is it the best place to start over?

—If it were that easy… Yes, I'd like to think about it but it's not that easy. It's obvious that it's a good place to get a good result and change the dynamics of the team, but for that you need the tools that I think we don't have yet. Maybe they will arrive on Monday, when we have the test here, and we start to turn it around from then on, but so far it seems difficult.

—Is it one more circuit or is it a challenge?

—It's a challenge because you race here, with your people and it also tests the skill of the pilots. It was already seen with Formula 1 a few weeks ago. There is a lot of temperature, little grip and that always generates a little more crisis: there are more crashes and the race situation is a little more critical.

—The falls and the bad results have made you doubt yourself? Affects him?

-Always. A crash is a little step back and then to rebuild yourself you have to have a good result to take a little step forward, but if you also add that the results are not coming... it is logical that the confidence of the rider and the spirit of the team is declining a little. In these last races it is logical that, as we are not having the best results and we are also falling, things are being complicated.

—And how do you deal with that frustration?

—Thank you that we have an incredible human team at Repsol Honda, with people from home who take care of me, love me and surround me in the best way they can and that is essential, in addition to the people who surround me at home, in my private life . Here we work as a team and when the results don't come out is when you really see the character of the team and the union you have with your mechanics. And in this aspect I am very happy.

—When Suzuki announced that he was leaving the World Championship, it was commented that his position at Honda was in danger. Are market rumors affecting a rider? Does it reach you or is it isolated?

"Obviously it causes a bit of affectation." You look more at the results, there is more nervousness among the drivers, more competitiveness, you race with a little more anxiety at times, especially if you are about to end your continuity and it depends on you beating another driver... But at the end of the day what you have to look at are the results you are getting for the factory you are working with right now, no matter the future. Me, now what I want is to get results for Honda and this has to start on Monday. We are going to suffer over the weekend but from Monday we are going to fight to turn it around.

"But don't you miss Honda stepping up and putting the rumors to rest, giving it a little pampering?"

"Well... It can help." Obviously it is helpful. But I know that I have the confidence of the team. No one has come and told me otherwise, no one has questioned my place or my position at Honda, be it in the official team or in the satellite. That already gives me security but it is evident that the situation is not pleasant. Mainly because the results are not coming and the market matters little to me if the results are not coming.

—For you, is it more important to win or enjoy riding the bike? If you don't win, don't you enjoy?

—Exactly, if you don't win, you don't enjoy it. When you win you can enjoy more or less but if you don't win, no. All the riders who are in MotoGP want and believe that we can win because we have different talent but either the circumstances do not exist or you do not have the tools to achieve it... Here there may be a second and a third who are happy when the weekend ends but who is one hundred percent happy is the one who wins. The others have lost a bit and the further back in the standings, the more they have lost. So happy at all and happy, there is only one.

—How is the season that your brother Aleix is ​​doing with an Aprilia, a motorcycle much inferior to the Honda?

-I'm glad. It is a symptom and a sign that in MotoGP work, effort and patience are much more important than the muscle you may have. We see factories as big as Suzuki pulling out; Yamaha, which is huge; u Honda, which is the most powerful in the championship, but at the end of the day, an Aprilia that is eight points behind the first is surprising in the World Championship. Aprilia is a humble factory, very small compared to Honda or even KTM, making good results. That shows you that it is not a budget issue but a budget and other things such as effort and dedication.

—No (laughs). I have always said it and it will continue as long as I can afford to go to another place that is competitive as well.

—And on the track, how do you live a fight with Aleix? Does he suffer or does he not take into account that she is his brother?

-Dislike. And she suffers much more than fighting with another pilot. When you overtake a rider it affects him and he will lose time, around two and a half tenths in the corner. Cleaning up overtaking can lead you to lose these 250 thousandths or half a second. When you are overtaking your brother, you try to make him the least harmful to his race, while with another driver you do not care.

—You said that fatherhood would not change the way you drive, but is that really the case?

"Do you know what happened to me?" That sometimes there are many moments when I get lazy or too tired to train and that has its reason. Before it was all pure selfishness, everything I did was for and for me, everyone lived for and for you, and when you have a family and a daughter this changes... I no longer do it for myself but so that she has a better life tomorrow and other opportunities that I did not have when I was little. That motivates a lot. Many people see it from the negative side but I see it as a very positive side.

"Children often follow in the footsteps of their parents...

—Not in this case (laughs). It seems that he is sexist but that is not why, I do not care if he is a boy or a girl... I do not want him to dedicate himself to motorcycling. I have two girls and it is not a matter of them being girls. If tomorrow they ask me for a motorcycle, I will have no choice but to teach them how to ride a motorcycle, but if I had had a child, the mentality would not have changed. I don't want them to do this. Everyone sees the beautiful part, but when you've been through injuries, operations, rehabilitation, the frustrations of an elite athlete... All of that is very hard and few people see it or understand it. I don't want my daughters to go through that.

—Now you will understand what you have made your parents suffer…

"Unbelievable, one hundred percent." It has made me see that the life of my parents has been very complicated because they have had to live it for two. I understand that it has been an ordeal for them, that's why I want to abstain (laughs).

- Is this situation retrievable?

-Let's hope so. It's not easy when you start with these problems because the factories that are doing well, not only do well but also improve and try things that this Monday will make them faster. We have to recover the distance that does not separate them and on top of that shorten that improvement that they are going to make. It is not easy at all but we are convinced that with work and sacrifice we will turn it around.

1 Gavi, from extravagance to main 2 These fish could reach luxury prices in the coming... 3 Mayumaná is charged with electricity in 'Current' 4 Break into a Dallas museum and destroy ancient Greek... 5 Beck, Little Simz and D.C. Fountains. straighten the... 6 Impulso Ciudadano sees censorship in the Catalan “language... 7 Laya avoids supporting the agreement with Morocco... 8 Morocco contradicts the opening of customs in Ceuta... 9 More than 9,300 'menas' and former guardians... 10 A laser to reflect the wounds of the architectural... 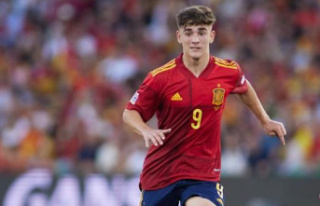 Gavi, from extravagance to main