Mayumaná is charged with electricity in 'Current'

At the end of the 19th century, inventors Thomas Alva Edison and Nikola Tesla got into a dispute over accounts of the newborn electricity that came to be called the 'war of currents'. 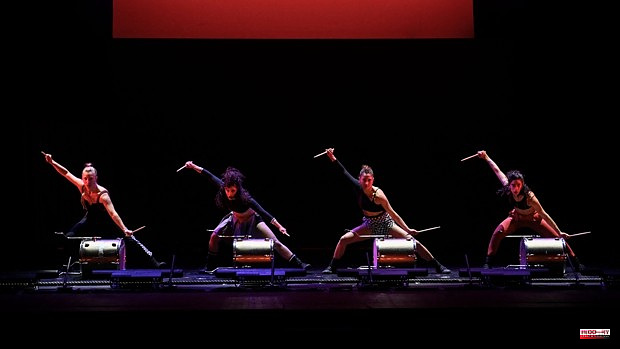 At the end of the 19th century, inventors Thomas Alva Edison and Nikola Tesla got into a dispute over accounts of the newborn electricity that came to be called the 'war of currents'. One advocated alternating current and the other direct current.

At the end of the 20th century, the artists Eylon Nuphar, Boaz Berman and the producer Roy Ofer created a group in Israel that combined dance, rhythm and percussion, which they called Mayumaná, which in Hebrew means 'skill', and whose shows are pure electricity .

In 2020, Mayumaná created 'Current', a show inspired by the 'war of currents' and that is, in some way, a review of the ensemble's trajectory. "You will find everything in this show - says Boaz Berman, current artistic director of the company, and the only one of the three founders who is still with it -: some of our most classic pieces and newer parts.

We are actually constantly working on it, adding and modifying things. It is what we like the most: that everything is dynamic, that it can be changed and improved.

More than two decades ago Mayumaná landed for the first time in our country, where they have always found a warm welcome from the public. They expect the same now with 'Current', which has just raised the curtain at the Rialto Theater, where it will be until June 26. Says Hadas Nestel, one of the eight interpreters of 'Current', and who has been working with the company for five years. «Spain is practically our second home -he smiles-. People love this show."

The dancer, a native of Tel Aviv (where Mayumana's House, the ensemble, is based), says that 'Current' «tells the story of the 'war of currents' through the energy that electricity itself has. We do it with our body, with our voice, with the connection with the video and with the percussion with unconventional objects that we turn into instruments and that also have their own energy... And energy is electricity».

Mayumaná, continues the dancer, “is a very diverse company. We use very different artistic forms: theater, music, percussion, dance of many styles: there are jazz dancers, breakdance, ipop, acrobatic dance... It's a magical mix».

She says it knowingly, because Hadas, although Israeli, is a flamenco dancer. «When I was five years old, I went to a dance academy in Tel Aviv and I saw a flamenco class with a new teacher... And I decided that I wanted to do that, I wanted that energy... I felt that this is my place».

Hadas Nestel, who can show off her flamenco skills in a solo in the show -«In flamenco, the most important thing is the compás»-, is one of the eight performers on 'Current': «Adi Shalev, Teyla Jade-Bedser, May Alfi, Maya Bar-Yaacov, Rotem Hirsch, Itamar Dari, Amit Magnezi, Omri Fils and Omer Lavi are his partners. «We are seven on stage, there is always one who is outside; thus the cast is renewed, and the energy remains high all the time. It's a very demanding show."

1 Break into a Dallas museum and destroy ancient Greek... 2 Beck, Little Simz and D.C. Fountains. straighten the... 3 Impulso Ciudadano sees censorship in the Catalan “language... 4 Laya avoids supporting the agreement with Morocco... 5 Morocco contradicts the opening of customs in Ceuta... 6 More than 9,300 'menas' and former guardians... 7 A laser to reflect the wounds of the architectural... 8 Moscow exports six times more weapons to sub-Saharan... 9 Putin justifies himself before Africa and blames the... 10 The Spanish Enerside connects its fourth solar park... 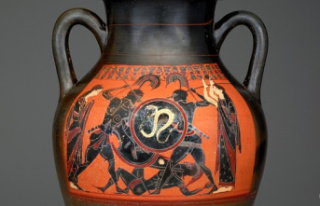 Break into a Dallas museum and destroy ancient Greek...