These fish could reach luxury prices in the coming months

The Spanish aquaculture sector is one of the great links in the food chain in Europe. 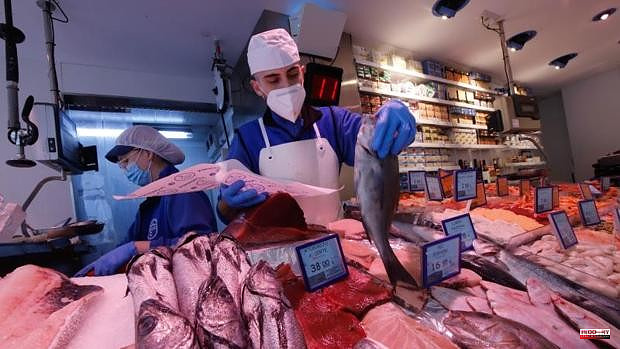 The Spanish aquaculture sector is one of the great links in the food chain in Europe. The facilities in our country are key so that domestic consumers and restaurants can access quality fish at an affordable price and, according to those responsible, avoid the overexploitation of seas and rivers. However, the geopolitical consequences derived from the war in Ukraine, added to those of the Covid-19 pandemic, have caused in the first half of 2022 an "unprecedented escalation in the cost of raw materials that threatens the viability and development of the aquaculture in Spain.

This is stated in a report published this week by the main organization in the sector, Aquaculture of Spain, which has sounded the alarm about the risk that the lack of solutions to the rising cost of raw materials and services necessary for this activity.

"Look for alternative suppliers to Russia and Ukraine, reactivate the national production of raw materials or adjust taxation" are the immediate measures proposed by the sector to guarantee the future of aquaculture, as "a key sector in Europe's food sovereignty".

The projection until now was that in 2030 two thirds of the fish that will be consumed in Spain will be raised in captive systems. However, this current situation not only puts this perspective at risk, but also the immediate prices of aquaculture fish. Species such as trout, turbot, sea bass, sea bream, sole, bluefin tuna or sturgeon could suffer a sharp rise in prices.

“Energy, animal feed, fuel, packaging materials, transportation, vaccines, wage increases related to inflation… all the links that make up the value chain between the birth of a fish and its arrival at the consumer were recorded, in 2021, a general increase in proportions never seen before. An increase that came at a time of tight cash flow in companies, after the production stoppages and commercial declines caused by Covid19 and that has been aggravated by the invasion of Ukraine by Russia”, explains the manager of Aquaculture in Spain, Javier Ojeda.

The experts assure that it will be necessary to affect the sales costs of the rise in prices that affect production in order to avoid losses that make this sector unsustainable. According to the figures handled by this organization, aquaculture generates a turnover of close to 500 million euros per year and some 52,000 direct and indirect jobs.

«The companies that produce aquatic species that operate in Spain are seeing how their future is being seriously compromised. Two trends coincide, generating one of the worst macroeconomic scenarios in recent times," they explain from the association. «The unprecedented rise in production costs, with increases that seem endless. On the other hand, the loss of purchasing power of households with medium and low incomes derived from inflation, whose loss of purchasing power can reduce the consumption of basic products such as fish, especially if these increase their price, "they warn. Prices that are already beginning to be reflected in the restaurant menus.

Among the main costs that are passed on to Spanish aquaculture fish is the oxygen used – which has risen 100% – and that of feed – between 30 and 50%. Also the costs of energy, necessary for the cold chain in marine farms and processing facilities, which claim to have reached 300% compared to 2021. Diesel, which moves boats, vehicles and trucks, is 20 % more expensive. "The price of freight by land and air is increasing by the day, increasing marketing costs," they say. The same goes for veterinary prices, which have risen by up to 30%.

"Ukraine had been, until now, a safe and solvent supplier of wheat, corn and vegetable oils of very good quality, as well as being competitive," they indicate. «The Russian invasion poses a severe blow to Spanish aquaculture, which produces more than a dozen species throughout our country, and which sees how these essential elements to be able to feed their species register practically weekly increases. If this price escalation is not passed on to intermediaries and the consumer, the situation runs the risk of becoming unaffordable”, they conclude.

1 Mayumaná is charged with electricity in 'Current' 2 Break into a Dallas museum and destroy ancient Greek... 3 Beck, Little Simz and D.C. Fountains. straighten the... 4 Impulso Ciudadano sees censorship in the Catalan “language... 5 Laya avoids supporting the agreement with Morocco... 6 Morocco contradicts the opening of customs in Ceuta... 7 More than 9,300 'menas' and former guardians... 8 A laser to reflect the wounds of the architectural... 9 Moscow exports six times more weapons to sub-Saharan... 10 Putin justifies himself before Africa and blames the... 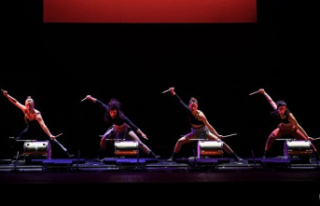 Mayumaná is charged with electricity in 'Current'