Morocco contradicts the opening of customs in Ceuta and Melilla

The general director of the Administration of Customs and Indirect Taxes (ADII), Nabyl Lakhdar, contradicted himself yesterday – first he denied the possibility and then qualified – on the possibility of establishing customs in Ceuta (it would be the first since Moroccan independence) and Melilla (here there was but it was closed four years ago). 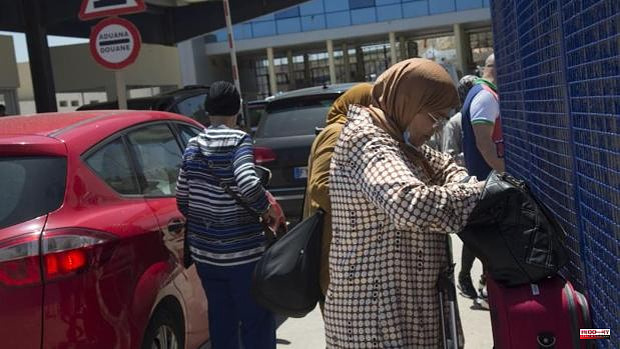 The general director of the Administration of Customs and Indirect Taxes (ADII), Nabyl Lakhdar, contradicted himself yesterday – first he denied the possibility and then qualified – on the possibility of establishing customs in Ceuta (it would be the first since Moroccan independence) and Melilla (here there was but it was closed four years ago).

First, in an interview in the weekly 'TelQuel', he denied such a possibility: "In order to start commercial operations, infrastructure must be built. Currently, not even the geographical conditions allow it. Also, this is not a hot topic. The Ceuta and Melilia passes are just small corridors. Customs control requires much more than that. We need several dozen hectares to build visiting areas, controls, etc. The current configuration of the Ceuta crossing does not allow this.

We do not have the necessary area to consider such a project.”

Later, already to the Efe agency, he wanted to qualify the statements: "It is a political issue directed by the Ministries of the Interior of Morocco and Spain [...] The Customs Administration will execute all the decisions made by the political authorities."

The Moroccan official pointed out that he had commented with his Spanish counterparts on the geographical difficulties presented by the current structure of both crossings with a view to the passage of trucks and trailers without disturbing the transit of passengers, but added that when the "political decision is made, we are going to apply it »providing the necessary changes, reports Efe.

Precisely, point 3 of the joint declaration signed by Spain and Morocco, after the meeting between Pedro Sánchez and Mohamed VI on April 7, made express mention of this possibility in the following terms: «The full normalization of the movement of people and goods will be restored in an orderly manner, including the appropriate customs control devices and people at land and sea level.

Government sources consulted by ABC admit of the "difficulty of advancing in the negotiation at this point."

The autonomous cities of Ceuta and Melilla eagerly await the opening of commercial customs, since it would mean the return of the economic flow lost with the provinces of Tetuán and Nador. That same one that is now interrupted between Spain and Morocco by land borders, but not by sea or air. There is no crossing of goods through the African border crossings between the two countries.

“We only let about ten kilos per person cross, when we see that it is something for a house or for own consumption,” a civil guard acknowledged to ABC a few days ago. Something that users confirmed. «He brought twelve tartlets. I told them they were for home and they let me pass them », asserted a man from Ceuta who was waiting for his wife by the gate. It is the only thing that is allowed. Trade has been nipped in the bud. Cars and citizens no longer enter stores in Ceuta or Melilla. Without customs, there is no regulation of what can be passed and what cannot.

1 More than 9,300 'menas' and former guardians... 2 A laser to reflect the wounds of the architectural... 3 Moscow exports six times more weapons to sub-Saharan... 4 Putin justifies himself before Africa and blames the... 5 The Spanish Enerside connects its fourth solar park... 6 Hortensia Herrero inaugurates the immersive art installation... 7 Schedule and where to see Swiatek - Gauff, the women's... 8 Meadows will not be charged for the ex-Trump aide... 9 McCormick gives in to Oz during the Pennsylvania GOP... 10 Charli D’Amelio looks stunning in a Neon Yellow... 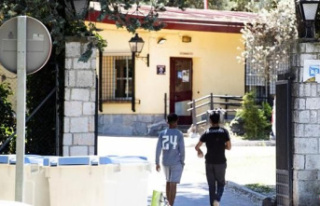