More than 9,300 'menas' and former guardians already have authorization to work 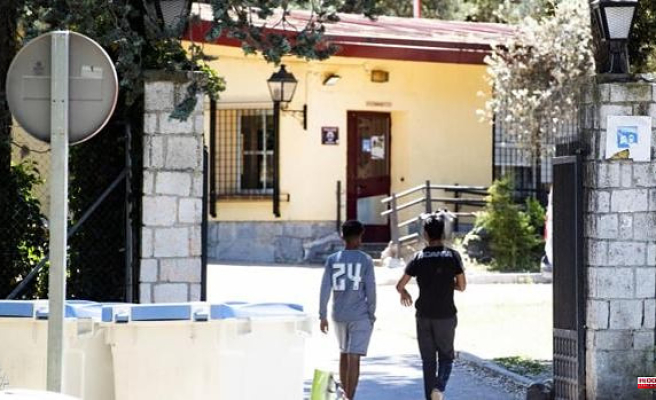 Tarik El Fahsi is 18 years old. He arrived irregularly with 11 in Spain; he has been sheltered in juvenile centers and is now a waiter in Jerez de la Frontera (Cádiz). He has a work permit and says that his bosses, Manuel and Ana, treat him like a son. He says that he left Morocco because he is diabetic and it was not controlled there. His story is one of thousands, specifically Tariq includes this data of 9,300 'menas' and young people between 18 and 23 years old who have been able to access the labor market in the last six months, after the reform of the Immigration Regulations last october.

The data was presented yesterday by the Minister of Inclusion, Social Security and Migration, José Luis Escrivá, accompanied by some of these new workers: 3,504 of those who have obtained authorization to work are minors and 5,817 are former youths.

"More than 60% of the people who were planned to be reached with this regulatory change have been reached," the minister explained. The target was 15,000, 8,000 of them 'ore'. There are another 1,200 files in process that, after being resolved, would mean reaching 70% of those potential beneficiaries.

Before the change in the Immigration Regulations (supported by eleven autonomous communities), most of these young people were forced into illegality when they turned 18. The majority administrative situation was that of non-profit residence, that is, they could not work. Now, according to Escrivá, four out of five have a work permit. Almost 2,500 have found employment in recent months and 1,150 registered with Social Security the same month they got their papers.

The change has also been reflected in the productive sectors. Before the reform, most worked in agriculture and in precarious conditions. In recent months they have joined the hospitality industry, above all, also agriculture, but in a regulated way, and commerce.

Once they enter the labor market, there is great mobility between sectors and thus many pass through those already mentioned, in addition to manufacturing and construction.

When the regulatory change was approved, concern arose as to whether this flexibility to obtain papers could lead to a 'pull effect', especially after the still very recent Ceuta crisis. In two days in May, more than a thousand minors managed to sneak into the city. The minister did not make any allusion to this possible effect nor did he provide data beyond the economic ones.

It was time to take advantage of a regulatory change limited to three articles but with far-reaching practical effects. For this, in addition to the figures, from Inclusion, Social Security and Migration, they chose to put a face and stories to the numbers with the intervention of several exams. In addition to Tarik, another of these new workers -Elhouceine Er raqioui- explained that he spent four years training but was unable to work due to this unexpected irregularity. «My dream is to gain a lot of experience in the hotel industry and open a business here in Spain. Before the reform, everything was closed doors».

1 A laser to reflect the wounds of the architectural... 2 Moscow exports six times more weapons to sub-Saharan... 3 Putin justifies himself before Africa and blames the... 4 The Spanish Enerside connects its fourth solar park... 5 Hortensia Herrero inaugurates the immersive art installation... 6 Schedule and where to see Swiatek - Gauff, the women's... 7 Meadows will not be charged for the ex-Trump aide... 8 McCormick gives in to Oz during the Pennsylvania GOP... 9 Charli D’Amelio looks stunning in a Neon Yellow... 10 Katie Maloney Responds to Raquel Leviss' Observation... 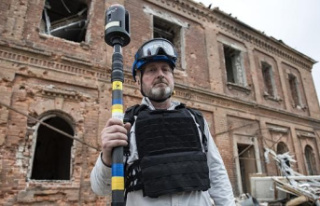 A laser to reflect the wounds of the architectural...