Bordalás leaves elegant: «If Rafa Nadal does not complain about anything, how am I going to complain»

After an intense year at Valencia, and with a contract for one more season, José Bordalás has been forced to give a farewell press conference this Monday. 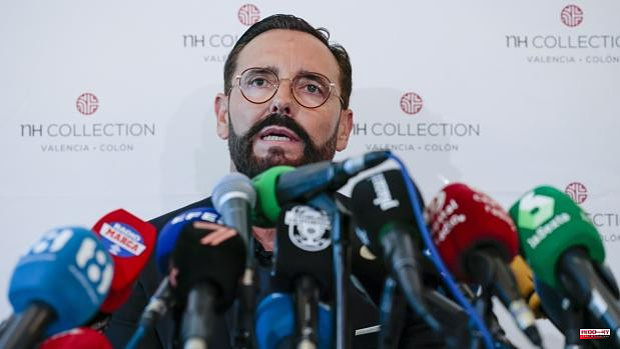 After an intense year at Valencia, and with a contract for one more season, José Bordalás has been forced to give a farewell press conference this Monday. Peter Lim has decided, in yet another twist to his disastrous management of Valencia, to kill the coach from Alicante and bet on Gattuso. «It was something unexpected, but this is football. The clubs have owners, the club has decided that I should not continue and I have to accept it. I would have liked to continue. It has been a very intense year, we have recovered illusions. I am proud to have managed Valencia. I have fought for Valencia to fight for the maximum objectives. I would have liked Valencia to have fought for the privileged positions, but I predict that Valencia will once again be among the best clubs in the League », assured Bordalás in his farewell.

Elegant and gentleman in his goodbye, Bordalás made himself available to his successor: «I am willing to help the technician who enters, I wish him the best. He has marked me this club and the fans, I am enormously grateful. I think I'm lucky to lead Valencia even though it was at a bad time. If Rafa Nadal does not complain about anything, how am I going to complain?

His words were also clean for Anil Murthy: «It has always been a good, cordial relationship, without conflicts. There may be differences of thought, and I as a technician have to accept it. I demanded some things, but they could not be. Valencia will undoubtedly soon recover its status in national and international football. We have done a tremendous job with a lot of dedication that has not given us to be in Europe, but to be in the final of the Copa del Rey. We were one penalty away from winning and one chance at the end of Carlos Soler. We've debuted a lot of young guys, and we've had an amazing human group. I thank you all. I leave satisfied, happy with the work and wishing Valencia the greatest success. Now I will be one more Valencianista».

And to Lim he also dedicated good words: «I do not want to enter into conflict, I respect everyone. They have had an exemplary behavior with me and I thank them. I have not come to be critical of anyone. I have come to say thank you, despite the fact that Valencia has made the decision that I will not continue as coach with Valencia. Peter Lim a close person? I thought so at the time and I still think so. We have not had a closer contact, but the two meetings we have had have had a very close deal.

1 Mexico's president's party wins 4 out of... 2 17 confirmed cases of monkeypox in the Canary Islands,... 3 Ukraine's leader: Russia searches for another... 4 Soccer player Luis Suárez surprises with his visit... 5 The King receives the credentials of six new ambassadors 6 A PSOE councilor aspires to an opposition in another... 7 The Minister of the Environment of the Dominican Republic,... 8 Pre-agreement between Russia and Turkey to unblock... 9 The lace for small business: wages rise 6% to the... 10 Nadal: "More than winning the big four, I would... 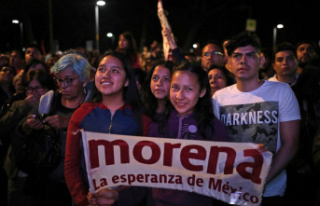 Mexico's president's party wins 4 out of...