The King receives the credentials of six new ambassadors

When it was twenty minutes before ten in the morning, six horses left the Royal Palace of Madrid on Monday. 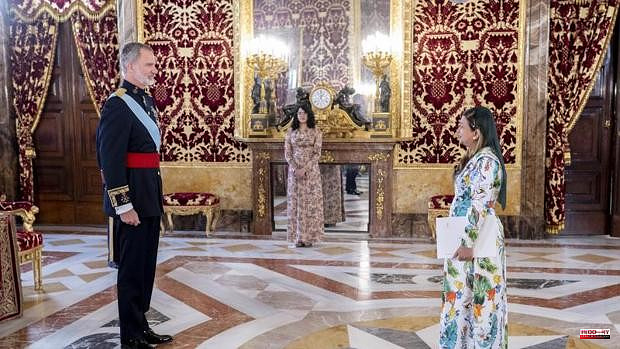 When it was twenty minutes before ten in the morning, six horses left the Royal Palace of Madrid on Monday. They were pulling a float from the mid-19th century, owned by National Heritage.

They went to the Santa Cruz Palace - the historic headquarters of the Ministry of Foreign Affairs -, where they met the new ambassador of the Federative Republic of Brazil, Orlando Leite Ribeiro. Escorted by the Squadron of the Royal Guard on horseback and the Squad of Scouts of the Municipal Police, they returned to the Palacio de Oriente. Upon his arrival, he was received by the Royal Guard music band in the Patio de la Armería, which performed the hymns of Spain and Brazil.

At half past ten, the act of delivery of credential letters to Felipe VI began

, a ceremony that dates back to the eighteenth century and has remained practically intact in its development to the present day.

"It is an honor to introduce myself to you as ambassador of my country." Following this formula, the new Brazilian ambassador handed Felipe VI the credential letters, which are the document that certifies a foreign ambassador as the representative and highest diplomatic authority of another country in Spain. Minutes later, the King held a half-hour meeting with the new ambassador.

Yesterday's was the fourth ceremony of this type to be held in 2022. Don Felipe was accompanied by the Undersecretary for Foreign Affairs, Luis Cuesta.

1 A PSOE councilor aspires to an opposition in another... 2 The Minister of the Environment of the Dominican Republic,... 3 Pre-agreement between Russia and Turkey to unblock... 4 The lace for small business: wages rise 6% to the... 5 Nadal: "More than winning the big four, I would... 6 UN to Cyprus: Turkey seeks complete control over the... 7 A report indicates that the navigation equipment of... 8 In office, Dominican Republic cabinet minister murdered... 9 These are the cheapest hours of electricity this Tuesday 10 The judge of the Gali case will investigate this clandestine... 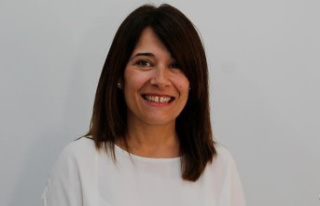 A PSOE councilor aspires to an opposition in another...