The lace for small business: wages rise 6% to the highest level in the last 30 years

The negotiations between companies and workers to agree on this year's salary increase, marked by an increase in prices that in May stood at 8. 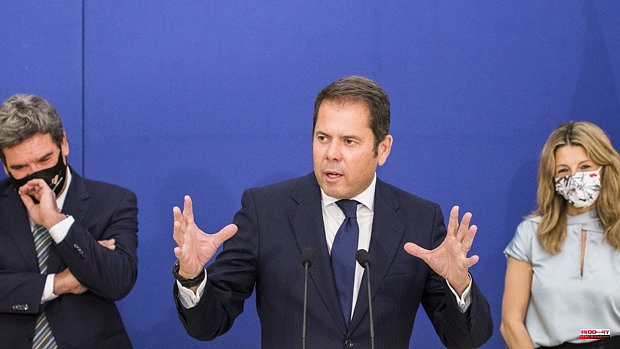 The negotiations between companies and workers to agree on this year's salary increase, marked by an increase in prices that in May stood at 8.7%, has become the main battle horse of collective bargaining after the failure of talks between employers and unions for the AENC. Although the revaluations by agreement that are taking place so far this year reach increases of 2.36%, the map is not homogeneous and it is the small and medium-sized companies that are suffering the most from the rise in labor costs on several fronts.

Specifically, the average gross ordinary salary of small companies in the first quarter of 2022, of 1,505 euros per month, is 6% higher than that of a year earlier.

It is the largest increase in almost 30 years. For medium-sized companies (those with between 50 and 199 workers, according to INE wage statistics), wage growth was slightly more moderate, although still significant: 4.3%, up to 1,875 euros.

As pointed out by Cepyme, the rise in the average salary in SMEs is explained by three main reasons: the very strong increase in the minimum wage, from 655.2 euros in 2016 to 1,000 euros in 2022 (52.6%); the indirect impact of the increase in the minimum wage and the growing inflation in collective agreements: the average increase agreed so far in 2022 is close to 2.4%; and the reduction in the number of unemployed and the difficulty in filling certain positions.

As they point out from the Confederation, in itself, small companies have a lower average productivity, which is why their salaries are lower than in large companies. This lower productivity makes a general rise in wages, as is happening now, more difficult for SMEs to bear. "In fact, in many companies the salary increase is carried out at the expense of reducing margins", they warn in the publication of the 'Indicator on the Situation of SMEs'.

In this sense, not only the issue of wages is adding pressure to the suffocation suffered by SMEs. In 2021, the labor costs of SMEs increased by 7.6%, driven by the increase in ordinary salary compensation by 8.7%. In small companies, the increase in labor costs has been greater: 8.6%, with the average salary growing 9.6%.

The price of services used by SMEs rose by 2.2% year-on-year in the last quarter of last year. The increase was greater for small companies (2.6%) than for medium-sized companies (1.9%). The cost of the different services included in this general variation oscillated within a wide range.

At one extreme, transport services, with a year-on-year increase of 18.1%. They were followed, although at a considerable distance, by postal and courier services, with an increase of 4.2%. At the other extreme, there were two services whose prices were reduced, albeit slightly. One was that of employment and temporary work agencies (-0.9%) and the other was that of deposit and storage (-0.1%).

The supplies variable includes prices, not only of intermediate goods used by SMEs, but also the cost of energy (mainly electricity, but also gas, oil derivatives and water supply) and capital goods . The cost of inputs was accelerating its rate of increase as it progressed last year. Thus, the fourth quarter was reached with a year-on-year increase of 38%, which is the largest magnitude in more than 15 years. Here too, small companies experienced a more pronounced increase (42.2%) than that of medium-sized companies (33.8%).

The explanation for such increases lies in the increase in the price of energy, which reached 89.4% year-on-year, which is also the largest variation in at least 15 years.

The conflict in Ukraine reinforces the rise in costs while weakening demand due to the loss of purchasing power that comes with higher inflation and greater uncertainty. "The greater granting of bank credit and the maintenance of interest rates at very low levels are of no less help to the financial situation of SMEs", celebrate the authors of the study, warning even so that the situation of SMEs "does not it is one of strength»: profitability is lower than in the 2017-2020 period and total debt remains too high to guarantee solvency, despite the enormous deleveraging effort of recent years.

1 Nadal: "More than winning the big four, I would... 2 UN to Cyprus: Turkey seeks complete control over the... 3 A report indicates that the navigation equipment of... 4 In office, Dominican Republic cabinet minister murdered... 5 These are the cheapest hours of electricity this Tuesday 6 The judge of the Gali case will investigate this clandestine... 7 The US approves the confiscation of Abramovich's... 8 Boris Johnson saves his own party's confidence... 9 More reproaches than agreements at the 'summit'... 10 The Mediterranean bathed the Max awards, which traveled... 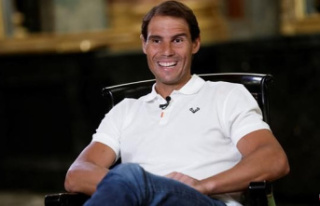 Nadal: "More than winning the big four, I would...