Borussia Mönchengladbach should have lasted ten minutes longer, then the leaders of the Bundesliga after the 4th match day would actually be Union Berlin. 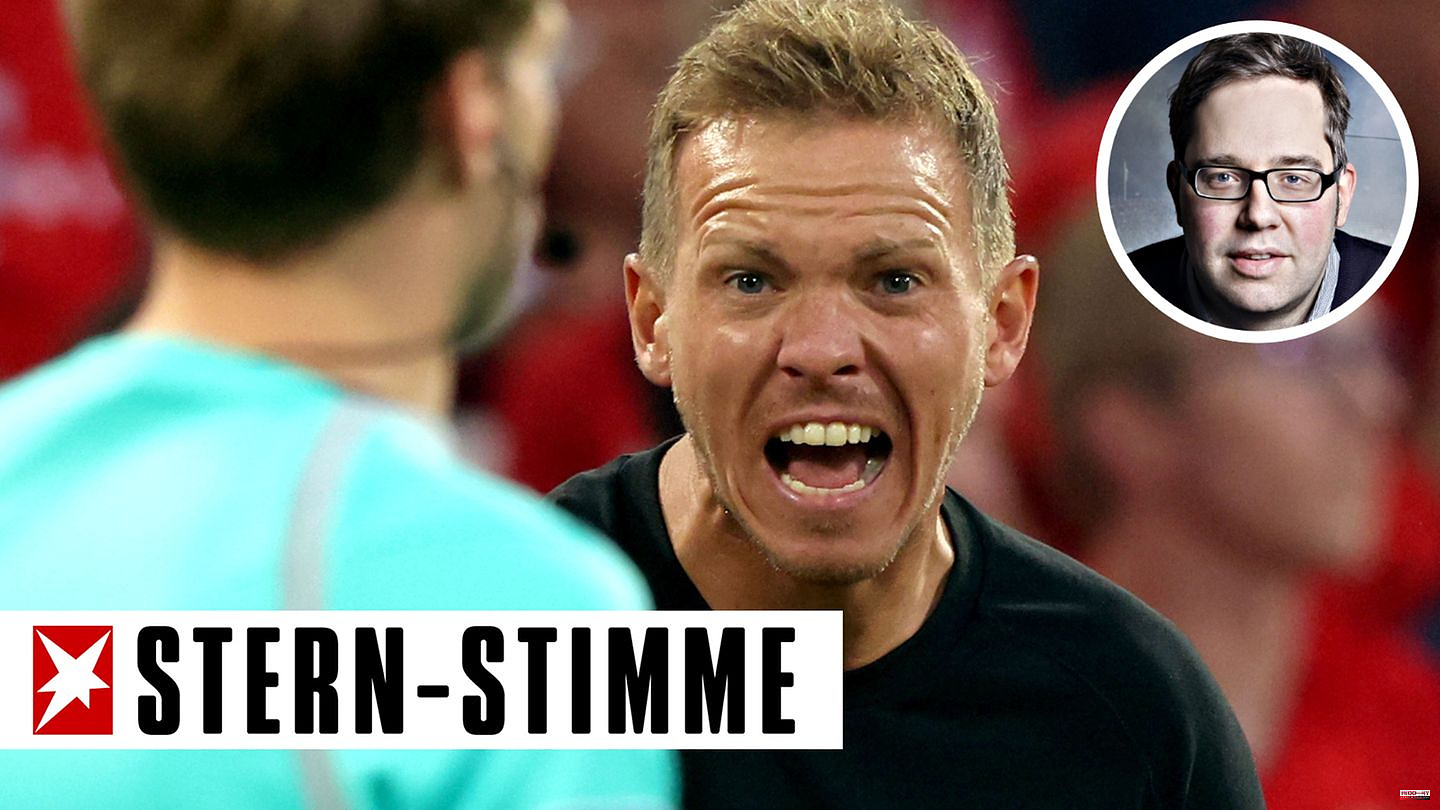 Borussia Mönchengladbach should have lasted ten minutes longer, then the leaders of the Bundesliga after the 4th match day would actually be Union Berlin. But because Leroy Sané caught Gladbach keeper Yann Sommer on the wrong foot once in the 83rd minute, FC Bayern cheated past the Berliners with the saved point.

However, the defended league lead did not prevent FC Bayern from being accused of a first moderate crisis in classic and social media. And while many could only vaguely remember a former Bayern striker named Lewandowski in view of two victories at the start, the second brace of the world footballer for Barcelona in a row was clear evidence that Bayern Gladbach would have outclassed Lewandowski by double digits.

And that wasn't enough of the uncertainty that the unexpected loss of points had triggered at Bayern. Bayern coach Julian Nagelsmann didn't want to enjoy the fast-paced and entertaining game, instead he used the interviews after the game for a general settlement with both the referee quartet and the opponent, who only "defended to 10 by 10 meters" and not contribute to making the Bundesliga more attractive.

Apart from the fact that VfL Bochum, for example, could talk about what happens if a team does not defend against FC Bayern in a confined space, the compulsive search for external culprits for the lack of a home win reveals a lot about the tense atmosphere at the record champions.

This is mainly due to the fact that FC Bayern has fundamentally renewed itself on paper this season in order to be able to play seriously in the Champions League again. Sport director Hasan Salihamidzic was celebrated for his transfers from Ryan Gravenberch to Matthijs de Ligt to Sadio Mané. But now FC Bayern looks pretty much the same in autumn 2022 as in the previous year, with Mané there was only one newcomer in the starting XI. The upheaval is stalling - the 1-1 draw against Gladbach made that obvious.

However, that does not mean that anything in the Bundesliga will change in the overwhelming supremacy of FC Bayern. If Yann Sommer hadn't defended his goal with six arms and eight feet, nobody in Gladbach could have complained about a clear defeat. And that's how it will continue in the coming weeks.

Of course the league dreams, if not of serious competition, then at least of an anomaly, of the sensational run-through of an outsider like Leicester City did in the Premier League a few years ago. But with all love, who should that be in this country? Nothing against Union Berlin or SC Freiburg, whose games provide dazzling entertainment beyond the title fight. And nothing against Borussia Dortmund, which at least caught up after the disaster against Werder Bremen.

But the championship will not be decided in early autumn, when smaller teams take advantage of the fact that the favorites have not yet found their formation, but in winter, when injuries are piling up, strength is dwindling and it is not the quality of the starting eleven that decides, but the squad. At that point at the latest, FC Bayern will rush away and, as planned, will be presented with the championship trophy at the beginning of April.

Until then, however, FC Bayern will still meet many teams that copy the Gladbach system and will stride and run for their lives on 10 x 10 meters. Dealing with that better than last year and also beating extremely defensive teams is a new challenge for FC Bayern every weekend. Coach Julian Nagelsmann should accept that and refrain from otherwise bold comments. In doing so, he would help make the league more attractive.

1 DFB Cup: Leipzig welcomes Ottensen: rendezvous of... 2 George R.R. Martin: "Game of Thrones" creator... 3 Duchess Meghan: Is she coming back to Instagram? 4 "The lion's den": BeeSafe from DHDL... 5 "The Lion's Den": Lemonist in the test:... 6 Fascination: sports cars continue to rely on non-hybrid... 7 Driving report: BMW X7: Luxury SUV convinces in many... 8 The diagnosis: The woman is pulled lifeless from the... 9 "StupidWalkChallenge" at Tiktok: Why young... 10 Robert LuPone: "The Sopranos" actor is dead 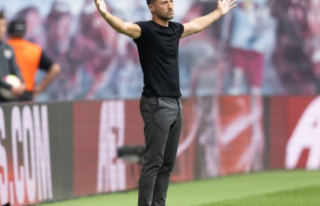