"The Lion's Den": Lemonist in the test: The pesticide killer without aftertaste 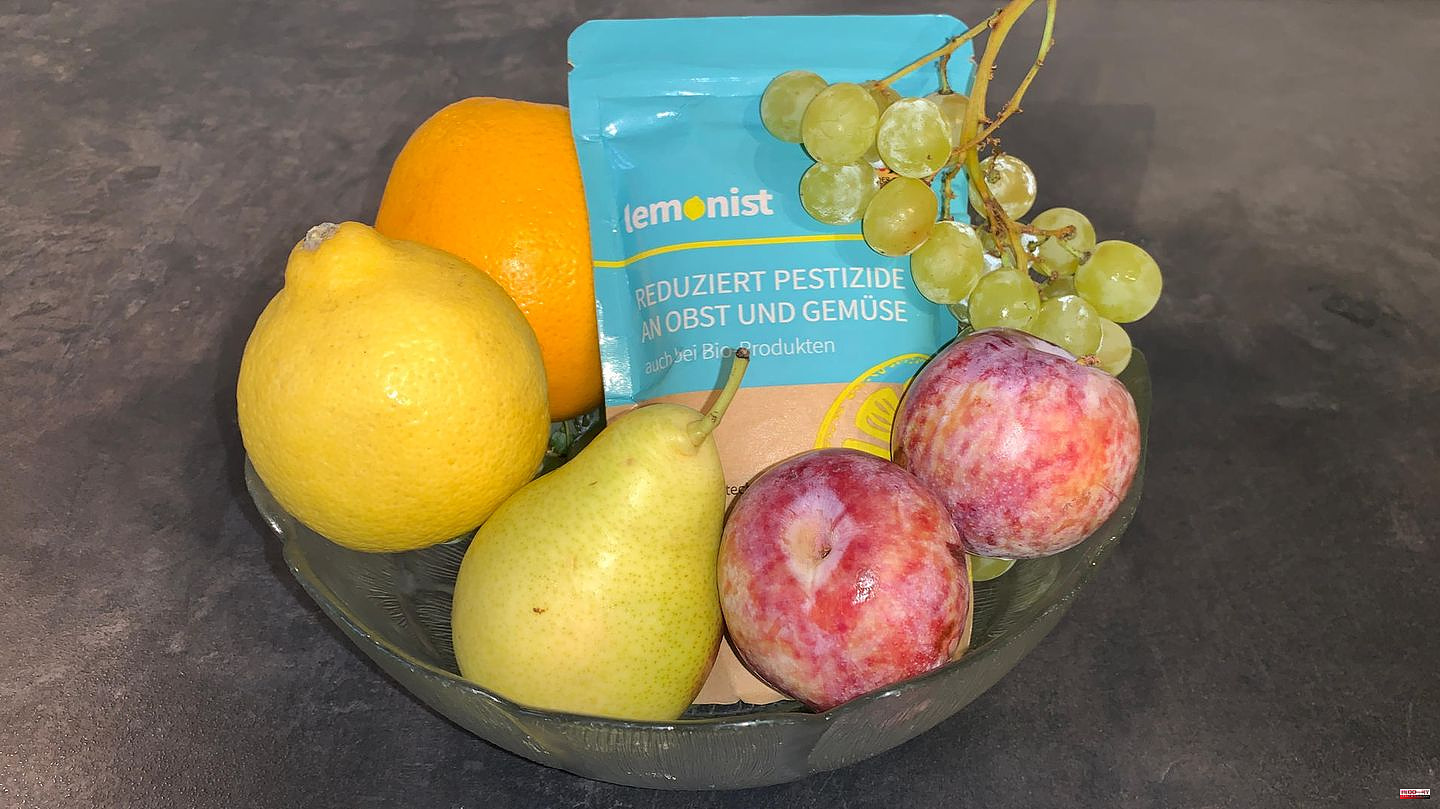 Little works in modern agriculture without pesticides. To protect crops, farmers like to spray their fruit and vegetables with pest repellents. A study from 2019 showed that pesticide residues can be detected in 90 percent of all apples from German supermarkets.

It is now well known that pesticides can harm people. According to the Heinrich Böll Foundation, studies have shown a connection between pesticides and Parkinson's disease and childhood leukemia and are associated with an increased risk of liver and breast cancer, asthma and allergies.

And while very small amounts may not be harmful, there are more and more consumers who are sensitive to sprayed fruit. Say hello to itchy lips and a scratchy palate (although the symptoms usually stem from cross-allergies). Before eating, it is therefore important to eat apple, plum, pear

This is where Lemonist comes in. The product was invented by spouses Kathrin Alfen and Felix Strohmaier and they pitched their idea in "The Lion's Den." Lemonist is a mixture of baking soda, citric acid and salt dissolved in lukewarm water. Fruit and vegetables then bathe in this mixture 15 minutes before consumption. After the bath need apple

It was as easy as it sounds in the test with grapes and plums. To make a comparison, there were two pieces of each fruit. Half bathed in Lemonist, half showered under the faucet. Lemonist recommends one teaspoon of its powder per liter of water. By the way, according to their own statement, the powder is vegan and without genetic engineering. Whether citric acid, salt and baking soda can be produced from animals and/or genetic engineering at all and whether that would make sense remains one of the great mysteries of mankind. But because every product that has always been vegan and free of genetic engineering is now declared as such in order to promote a clear conscience when buying, Lemonist also advertises it.

In fact, a study by the American Chemical Society found that a 1% mixture of baking soda and water removed more pesticides than washing fruits and vegetables with plain water. So it's scientifically proven that Lemonist works. However, it has also been scientifically proven that pesticides are not only on the surface, but also in and under the skin. And Lemonist doesn't come close either. So the only option for even less pesticides would be to peel the fruit or veg. However, many vitamins are lost in the process because around 70 percent of the coveted organic compounds are in the peel.

Attention, it gets sensitive: In fact, the tester, who is sensitive to pesticides, thinks he felt a difference in the plums. When eating the plums soaked with Lemonist, less was felt on the lips than the fruits washed under running water. There was a clearly unpleasant tingling sensation on the lower lip, which usually prevents the tester from touching sprayed, raw fruit (especially apples and strawberries). However, he is also allergic to pollen. So it may well be that it is a cross-allergy, the occurrence of which has been somewhat delayed. After the reaction had subsided, it was on to the grapes. No difference could be felt here, which speaks for a cross-allergy of the tester. Because both fruits were not organic.

No matter how well we wash our fruit and vegetables, we rarely eat them without using any pesticides. Now the question arises when it makes sense to go to the effort of soaking the fruit in caustic soda for 15 minutes. And that depends largely on the fruit and vegetables, where they come from and what you want to do with them. For example, if you need grated lemon peel for a recipe, then you should use organic lemons.

In organic farming, pesticides are largely banned and, as is well known, Lemonist cannot get the chemicals out of the skin. Nevertheless, organic fruits can also be contaminated with pesticides. As a rule, however, they are significantly lower than conventional fruits. Lemonist is also less suitable for other citrus fruits, because in most cases the peel is removed before consumption. The only exception: the orange slice in the Aperol spritz or the lemon in the cola. The same applies here: organic is better. If you want to be absolutely sure, you can also bathe your organic fruit in caustic soda.

That leaves fruit such as plums, pears, grapes and apples, which are usually eaten immediately and are difficult or impossible to peel. And yes, it makes sense here to make the cleaning a little more extensive. The same applies to vegetables, salad and herbs that are not peeled and to all products that find their way into the supermarket from non-European countries. Overseas products usually get a lot more pesticides than the local fruits. So buy regional and seasonal vegetables. Herbs, fruits and fruit from South America in particular have a high level of pesticides.

If you want to eat an apple, you usually want it immediately and not after 15 minutes. Ignoring the aspect, the question of cost remains. Anyone who buys sprayed fruit usually does so to save money because organic products are simply more expensive. A four-pack of Lemonist at 250 grams costs 21.99 euros. As a reminder: the manufacturer recommends one teaspoon of its powder per liter. In comparison, three kilograms of pure baking soda powder cost 10 euros. The rule of thumb here is to add one teaspoon of baking soda to 200 milliliters of water.

Assuming a teaspoon of Lemonist and baking soda weigh about six grams, then you get 166.66 liters of rinsing water for fruit and vegetables from 1000 grams of Lemonist. On the other hand, you get 100 liters of dishwater from three liters of baking soda. Makes a price per liter of 10 cents. You pay 13 cents per liter for Lemonist. It is questionable whether Lemonist, thanks to citric acid and salt, removes even more pesticides than "pure" caustic soda. According to the study, the baking soda-water mixture removes 80 percent of the thiobendazole applied to the fruit and 96 percent of the phosmet. Lemonist itself advertises removing 89 percent of pesticides without naming the exact pesticides.

Lemonist keeps what it promises, at least according to the impression of the test and the result of scientific studies. A baking soda and water mixture reduces pesticides on fruits and vegetables better than plain water. But any caustic soda can do that, even the cheap version for 3.33 euros per kilo. With a price difference of only three cents per liter of cleaning water, interested parties can also access Lemonist.

Kathrin Alfen and Felix Strohmaier demand 50,000 euros for 15 percent of their company. Find out whether a lioness or a lion is biting Lemonist tonight at 8:15 p.m. on Vox.

1 Fascination: sports cars continue to rely on non-hybrid... 2 Driving report: BMW X7: Luxury SUV convinces in many... 3 The diagnosis: The woman is pulled lifeless from the... 4 "StupidWalkChallenge" at Tiktok: Why young... 5 Robert LuPone: "The Sopranos" actor is dead 6 Rocker: Ozzy Osbourne wants to go back to England 7 Tweets against sadness: "Power sentences for... 8 Science: Growing Crystals: Your kids can experiment... 9 57,000 products tested: bad cheese, good vegetables:... 10 Seal the door: These options exist to stop drafts... 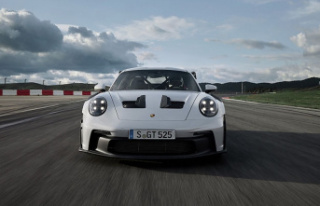