Smiling, Hansi Flick and Oliver Bierhoff walk side by side along a sponsor wall of the German Football Association. 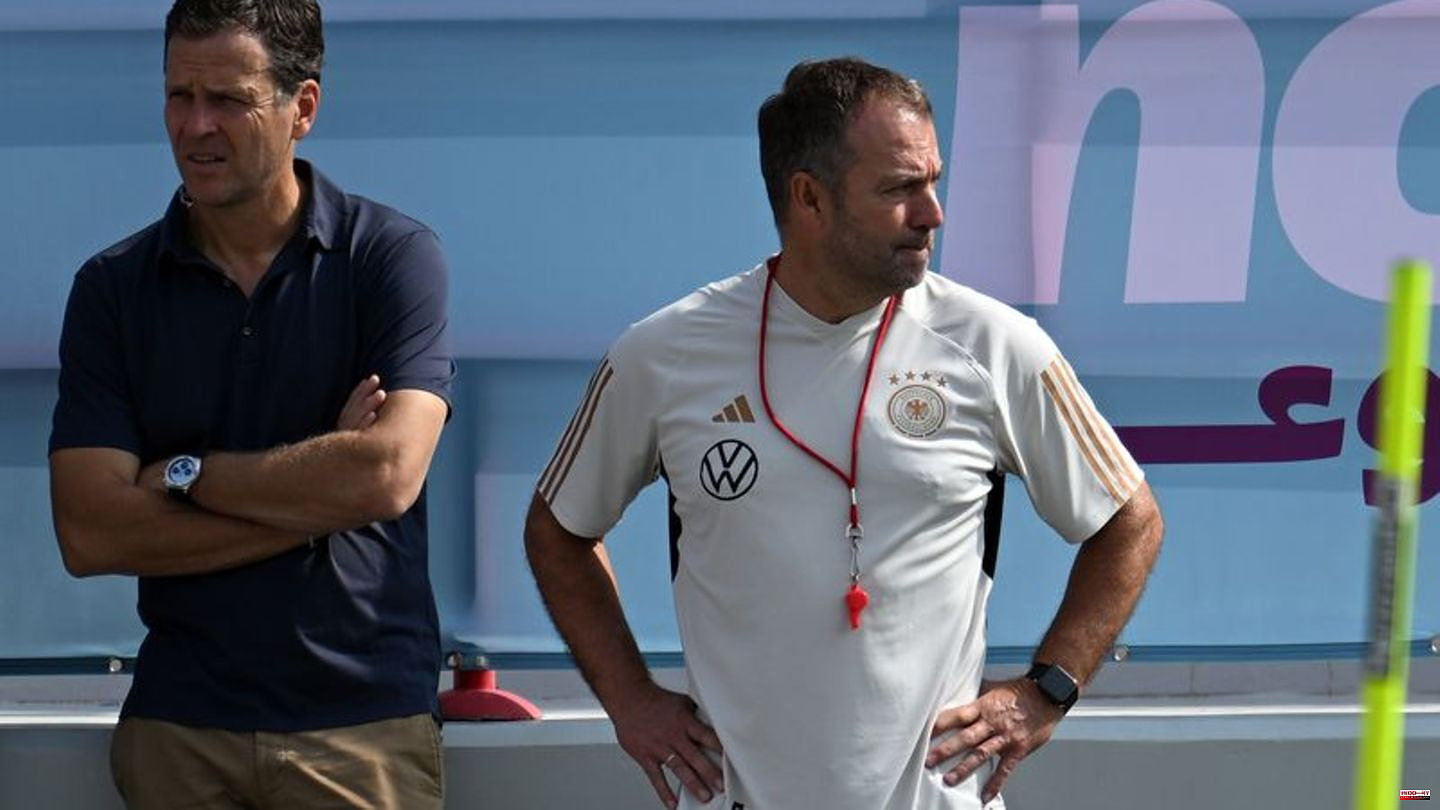 Smiling, Hansi Flick and Oliver Bierhoff walk side by side along a sponsor wall of the German Football Association. The picture that the DFB spread about the national coach's statement did not match the mood at all.

Five days after the end of the World Cup, national team boss Bierhoff is already out - and Flick's words don't read as if he can understand the decision. On the contrary. An analysis.

"Oliver Bierhoff has been at the top of German football since 2004 and has set standards both professionally and personally."

That means: Flick and Bierhoff have known and appreciated each other for many years. With Bierhoff as team manager and Flick as Joachim Löw’s assistant, the successful era of the DFB selection culminated in the 2014 World Cup title. After that, Flick was DFB sports director, and a year and a half ago he returned to the association as a national coach at Bierhoff’s instigation. The World Cup planning went hand in hand.

"He pushed all this (the progress) forward with the greatest personal commitment and against a lot of resistance."

Means: Flick does not share the criticism of Bierhoff, which smoldered long before the World Cup ended in Qatar. The national team cosmos has been shielded from the wider association and the public for years - Bierhoff is largely responsible and Flick benefited. The farce at the press conference before the Spain game, when Flick got upset about the allegedly unreasonable journey for his players, illustrates the unusual self-image.

"My coaching team and I are finding it difficult at the moment to imagine how the gap created by Oliver's departure can be closed professionally and personally. Our cooperation has always been characterized by loyalty, team spirit, trust and reliability. Cohesion was in the DNA of our team."

Means: That is the core statement. For Flick, Bierhoff was the ideal partner in the DFB structures. The fact that he does not see a successor solution is anything but a vote of confidence in DFB President Bernd Neuendorf and Vice Hans-Joachim Watzke in the search for the new Bierhoff. Not to mention the traded names. For Flick it has to fit humanly - otherwise the trainer won't work. This could also be seen at the end of the day at Bayern, when the differences with sports director Hasan Salihamidzic were sometimes publicly discussed.

"For me personally, Oliver was my first point of contact and friend within the team. We had the EURO 2024 project in Germany as a common goal. For Oliver, the focus was always and exclusively on the well-being of the national team, the DFB and German football."

Means: Flick and Bierhoff each announced immediately after the World Cup that they wanted to remain in office and with dignity. Flick even looked ahead to the home European Championship. The perspective is attractive for every trainer, everyone involved. The internationals have the potential to inspire in a year and a half. Bierhoff had emphasized that again and again - only he didn't get the chance to experience it in the DFB function.

Means: Flick writes about himself as a national coach. That doesn't sound like resignation at the moment. But he reiterated how important trust is to him. This can also be read as a demand that trust in him be reaffirmed.

"The last few days have not been easy and I sincerely wish Oliver and his family the very best. German football and the national team in particular owe him an incredible amount."

Means: Bierhoff will have involved Flick, and Flick will at least have asked himself whether he should also resign from his office. The media echo after the Costa Rica game was overwhelming. However, it had primarily focused on Bierhoff. Flick will weigh up carefully whether the mood will change if he stays in office - or not. 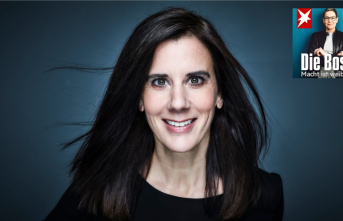