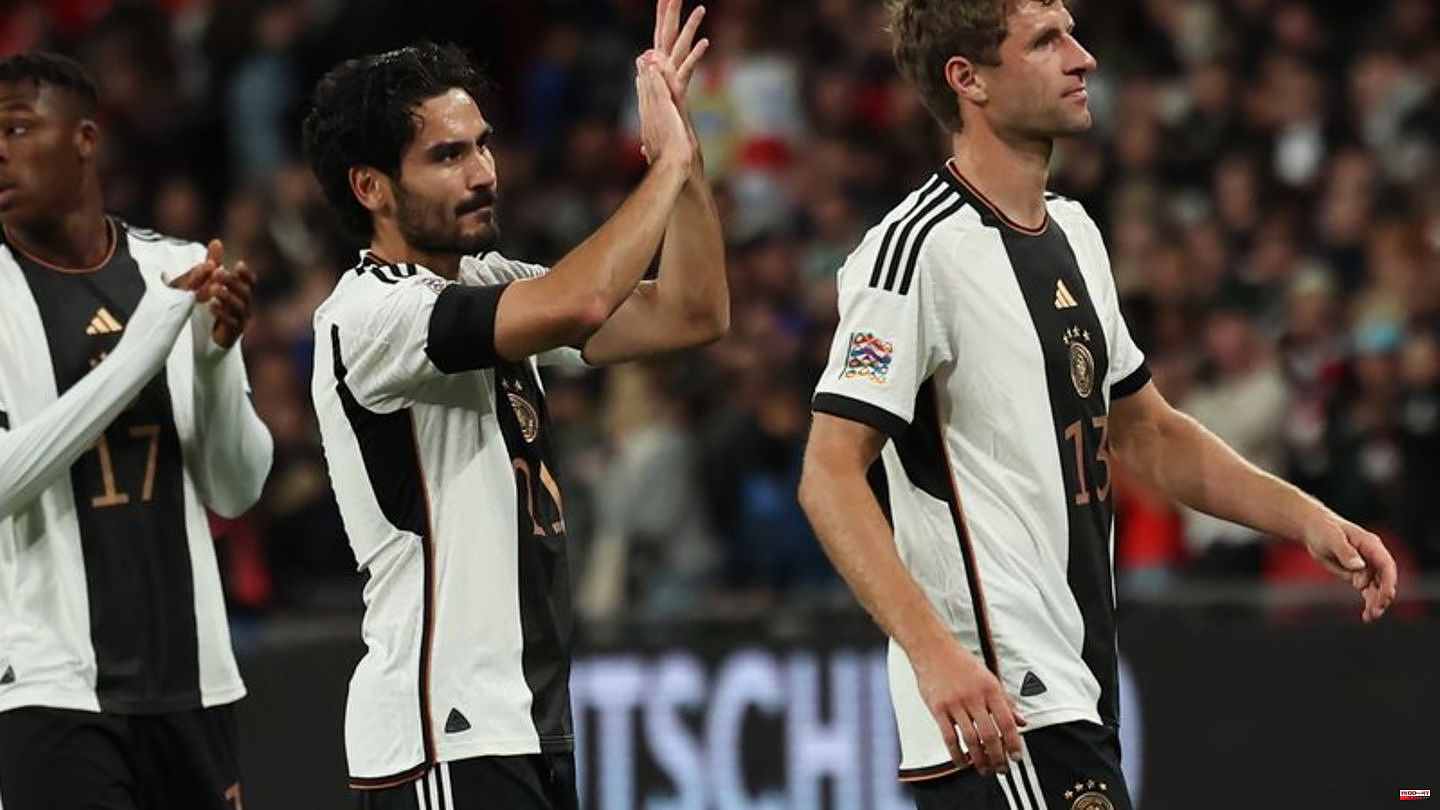 Hansi Flick's words didn't match Hansi Flick's face. Optimism, hope and greed for the title weren't obvious after the next World Cup mood dampener. But despite the wild football ride at 3: 3 in England as the last serious Qatar test, the national coach did not want to be persuaded to feel grumpy.

"I'm rather positive from home," said the national coach in the press auditorium at Wembley Stadium. "We did a lot of things well," he added before returning home from London. It sounded like he had to tell himself that. Doubts, questions, homework, that's the real triad that accompanies Flick on the final 57-day sprint towards Qatar.

Flick sent his Bayern block for World Cup hope Jamal Musiala to Munich for a collective search for form. With thirteen games in 43 days, the World Cup countdown is jam-packed there. Double goalscorer Kai Havertz drove home across London and knew that the performance against the Three Lions was not enough to achieve the big goals in the World Cup Advent. "In seven weeks we can't make the mistakes anymore," said the Chelsea forward in plain language after "another day of learning". Otherwise, the first two opponents Japan (November 23) and Spain (November 27) could become the final stumbling blocks for the title and the World Cup trauma from Russia 2018 could repeat itself.

Flick's first plan didn't work out. Against Hungary and in England he wanted to find his best formation for Qatar and have it played in. After the 1-0 disappointment against the Magyars and the football confusion in the closing stages against the English, there are more inconsistencies than before. 2:0, 2:3, 3:3, this goal order in Wembley offered arguments for optimists and pessimists alike. One thing is certain: All Qatar candidates will be under observation in October. Flick made that clear again.

"I think it's important that each individual still works on themselves during this time, for better fitness, security, conviction, passing. We have to get even better there. Then we can be a little bit better as a team. That's it necessary," the 57-year-old admitted in his analysis.

The World Cup year has not yet gone well for Flick. He is rid of his all-victory aura, which he transported to the DFB team with eight victories when he collected the title at FC Bayern. In the last seven games there was only one success, in a 5:2 win against an Italian B formation. You never went without a goal. A curiosity: Flick has not yet been able to win a game as national coach against any of the other 31 World Cup participants. Achievements come only against teams that are not in Qatar.

The national coach himself will now travel a lot. He wants to see games, games, games. The top priority is the selection of the 26 squad positions that Flick will be awarded just a few days before the flight booked for November 14th for the friendly stopover in Oman. Until then, the football nation will discuss. Does Flick need a real striker for the attack? The absence of a classic number nine is an ongoing point of discussion. Timo Werner provided no arguments. Havertz only scored when he came out of the backcourt.

Flick skillfully moderates the center forward debate. He also does not in principle rule out the appointment of Werder Bremen's Niklas Füllkrug, who has not yet had to prove his international level in club football. He has already announced that a player will be in Qatar "for that special World Cup moment" that nobody is thinking about at the moment. It could also be a young guy like Dortmund's Youssoufa Moukoko (17).

The debate about a renewed tournament reactivation of Mats Hummels for the defense has been going on for a long time, even if that did not bring luck to Flick's predecessor Joachim Löw at the EM 2021. The Rio champion is performing well at Borussia Dortmund. According to "Bild-Zeitung" he would also be satisfied with a supporting role in the World Cup squad.

Flick has never nominated the 33-year-old. But he will leave the door open until the end, at least in public. Hummels' new BVB colleague Nico Schlotterbeck caused a penalty for the third time in all the qualities that Flick appreciates in the fifth international match. Such a faux pas can destroy all dreams at the World Cup.

Hummels' Plus. In top form he would be a player who combines sporting quality and leadership skills. A connection that is rarely found in Flick's selection of personnel. Against Hungary, as against England, there was a lack of a leader on the field who showed the way when drive (against Hungary) was missing or order (against England) was lost.

Substitute captain Joshua Kimmich sees himself in this double responsibility and now, after the frustration of the 2018 World Cup and the disappointment of the 2021 European Championship, finally wants to prove it at a big tournament. "Every player has another six weeks to get a good feeling. Then we will attack," he promised.

So Flick has no lack of critical insight from his players. "It's important for us to continue to stand together as a team," demanded tournament veteran Thomas Müller. You have to revive this "German tournament team myth," said the 33-year-old before his fourth World Cup appearance. Müller's royal suggestion: just copy Real Madrid. The royals could be the role model. "Everything doesn't always go brilliantly with the Champions League winner, but they keep their heads up, they keep believing in themselves." 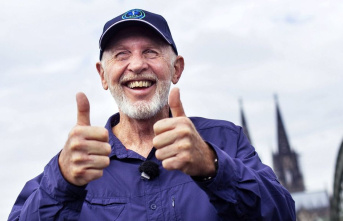