Federal President Frank-Walter Steinmeier encouraged Albania to carry out further reforms for its planned admission to the EU and promised German help for this. 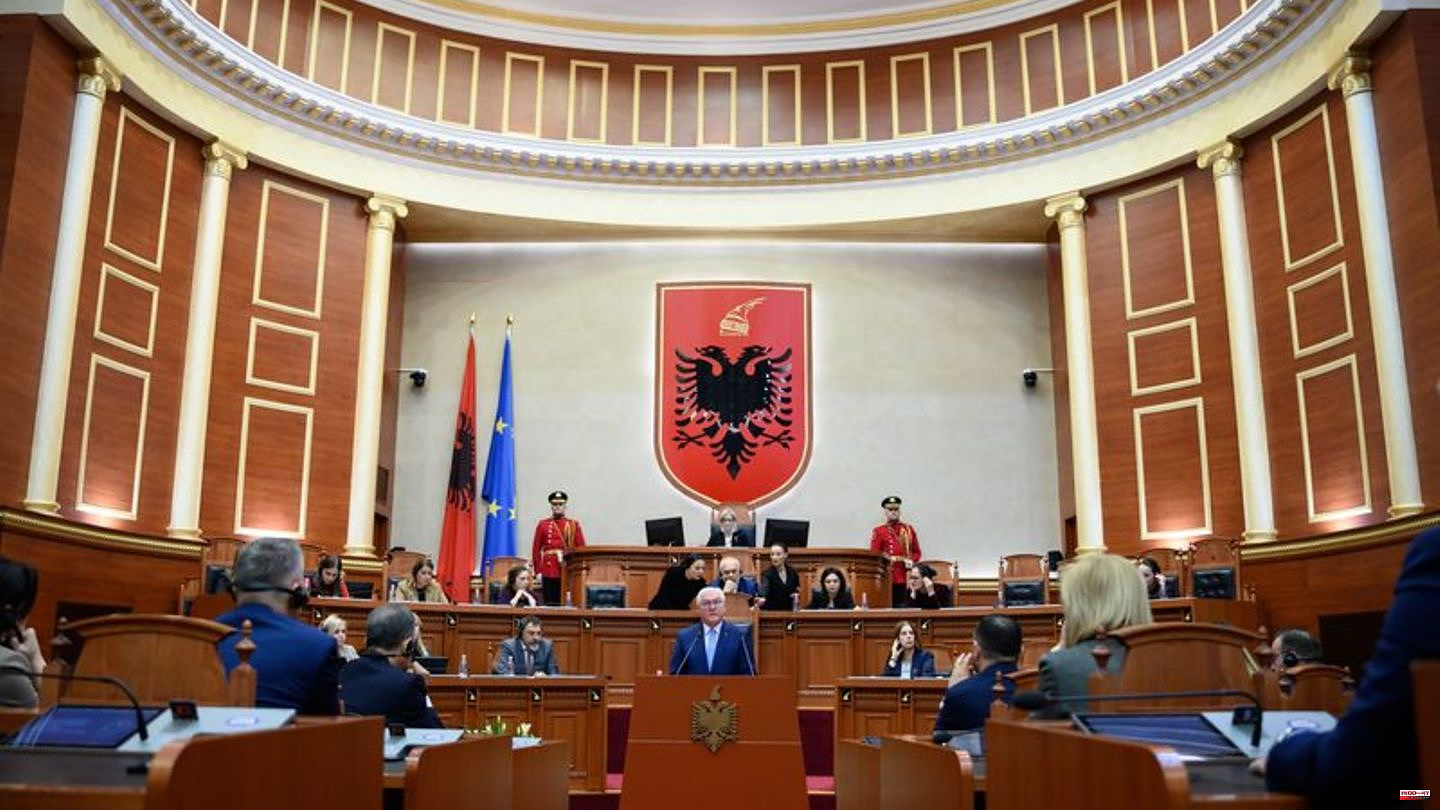 Federal President Frank-Walter Steinmeier encouraged Albania to carry out further reforms for its planned admission to the EU and promised German help for this. He knows that Albania's path to the European Union will remain challenging, he said in a speech to the parliament in Tirana.

Albania can continue to rely on Germany's support, emphasized the Federal President, who also assured the MPs: "Europe is looking forward to Albania." The country is already a "steadfast, reliable partner," as it proves as a member of NATO and the OSCE and currently as a non-permanent member of the UN Security Council. After the Russian attack, the country also clearly sided with Ukraine. It has "proven itself internationally as a mature democracy".

Waiting for EU accession has been going on for 20 years

The visit, which lasts until this Friday, is the second stop on Steinmeier's Western Balkans trip to North Macedonia. All six states - including Kosovo, Serbia, Bosnia-Herzegovina and Montenegro - have been waiting for almost two decades to join the EU.

They fear that Ukraine and Moldova, which were quickly granted candidate status by the EU after Russia's war of aggression began, could overtake them. Accession negotiations for Albania and North Macedonia officially began last July.

Steinmeier arrived in the capital, Tirana, in the morning and first held talks with President Bajram Begaj. He then called Germany an "irreplaceable partner who has supported us at all levels". In his six-minute statement, Begaj went overboard with expressions of gratitude. "I would like to take this opportunity to express our gratitude, deep gratitude, for the generosity of the German people, the federal government, for the excellent relations."

Steinmeier was not stingy with compliments either: "Albania is an important friend and partner of the European Union and especially of Germany." The Federal President acknowledged the country's efforts to date - for example in the reform of the judiciary and in the fight against corruption and organized crime.

Checking for suspected corruption with consequences

At the same time, he emphasized: "Sustainable progress in these areas is crucial for the EU accession process, because the EU sees itself as a legal community and the rule of law is the basis for a functioning democracy."

How difficult this is in practice was shown when judges and public prosecutors in Albania were checked for suspected corruption: 300 out of 500 failed or resigned voluntarily. There are also corruption cases now. From the German point of view, all of this is evidence that Albania is serious about reforms, but that further efforts are needed.

In any case, the states of the Western Balkans cannot complain about a lack of attention at the moment. After the Federal President, the Federal Chancellor is expected in Tirana on Tuesday when the EU is holding a Western Balkans summit here. There, too, it will probably be about what has been achieved and what is still necessary in the reform process of the six states. Albania and North Macedonia "are the countries that can be proud of this Western Balkans summit," said Steinmeier in Tirana. Because they have already reached a "decisive milestone" on the way to Europe. 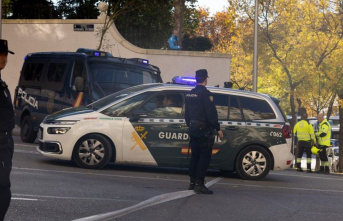