The bang effect was small, but it banged anyway. 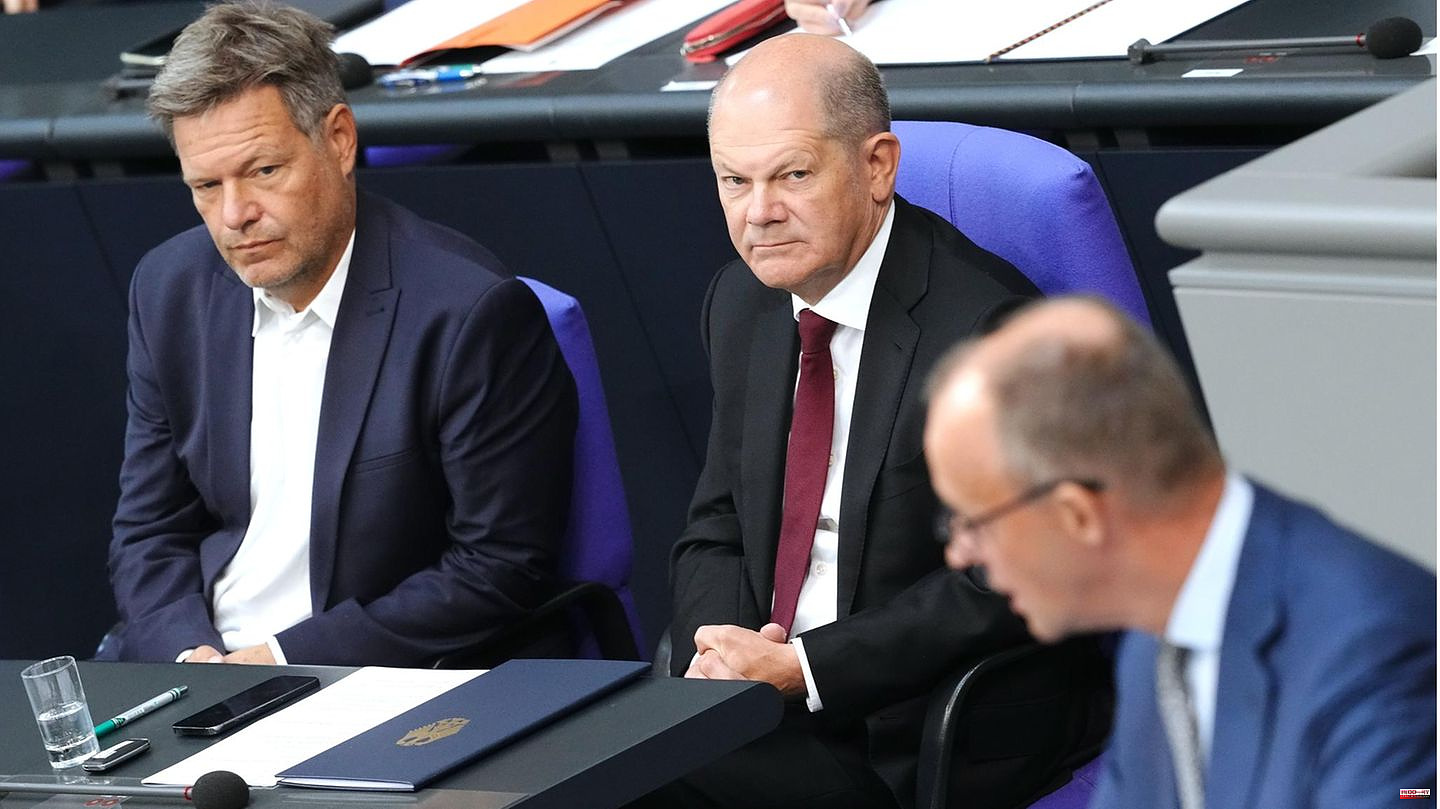 The bang effect was small, but it banged anyway. And huge. Chancellor Olaf Scholz (SPD) and opposition leader Friedrich Merz (CDU) fought a battle of words in the general debate in the Bundestag on Wednesday - and fought it out vigorously against each other (read more about it here).

There is no shortage of contentious and controversial issues these days, from the smoldering energy crisis to the third relief package to the dispute over the planned shutdown of the three remaining nuclear power plants in Germany.

It was therefore to be expected that things would get heated at the start of the four-hour debate – the coalition and opposition traditionally use the general debate on the budget deliberations to exchange blows on government policy. However, Merz had already set the tone in the past few days.

On Sunday, when in the ARD "summer interview" he fired a cascade of criticism against what is now the third relief package from the traffic light coalition: there were no proposals to support the economy, the CDU leader complained that at least there was "something" with the inclusion of pensioners and students corrected", "what the coalition did wrong". But only, according to Merz's reading, because it appealed to the Union.

Or on Monday, when on Deutschlandfunk he denied the federal government practically any sanity in the energy crisis. He was "stunned" by what was currently going on in the coalition, and through his silence the Chancellor made himself "partly responsible for the disaster that is coming our way in the fall". In the debate about the continued operation of the three remaining nuclear power plants, Merz accused the Federal Minister of Economics Robert Habeck (Bündnis 90/Die Grünen) of acting "ideologically" - which was tolerated by a silent chancellor.

If he were head of government himself, Merz replied to a question about this, he would have brought responsibility for energy policy to the Chancellery "weeks ago" so that everyone responsible "at least sits at the same table, including the experts who really know." As if amateurs were at work. Merz: "As leader of the opposition, I can only appeal to the Chancellor to end this madness."

Almost word for word, Merz repeated these and other allegations against Scholz in his speech in the Bundestag, which was a kind of general settlement with the federal government: The latest relief package was a "hodgepodge of compromises from the level of the lowest common denominator", the government was lacking in economic policy " any ability to think strategically" and the chancellor generally lacks "political leadership". Last but not least, he accused Scholz of prolonging the Russian war of aggression in Ukraine with the hesitation of the traffic light government.

Scholz, who often reads his speeches and put the manuscript aside for an unusually sharp reply, was anything but taciturn. "Anyone who talks about division endangers cohesion in this country," said the Chancellor to the Union faction leader. "Don't underestimate our country. Don't underestimate the citizens of this country." Scholz energetically rejected the negative assessment of the Union faction leader on the situation in Germany. Here Merz was "wound wrong," said the Chancellor.

Again and again he accused the Union of serious omissions during the reign of the then Chancellor Angela Merkel (CDU) and tackled Merz hard: "You just talk about the topic and the problems of this country. And that's really a very, very big problem ." And added: "And if others solve the problems that you haven't even recognized, then talk about it."

Decisions have been made and have already been implemented to a large extent, emphasized Scholz. "At a pace that no CDU-led government in this country has ever been able to," the government will manage, for example, to get the first terminals for the import of liquefied gas up and running. The chancellor also defended his government's "very effective" approach to arms deliveries to Ukraine and reaffirmed his optimism that Germany would get through the winter in good shape despite the cutback in gas supplies from Russia.

Scholz and Merz have repeatedly exchanged views on the alleged shortcomings of the other in the past few weeks and months.

Merz has already accused the chancellor of "completely unacceptable" use of language, saying that the German public and parliament are being "deceived" with regard to arms deliveries to Ukraine. After the visit of Palestinian President Mahmoud Abbas to the Chancellery, which caused a scandal with a comparison to the Holocaust (read more about this here), Merz said: "Olaf Scholz not only damages himself as a person, but also the office of Chancellor."

Scholz already strongly opposed the opposition leader during a budget debate in June. The Chancellor said at the time that Merz would not get away with always just asking questions and never taking a correct position on something. "They danced through the whole thing here and didn't say anything specific." And if Merz takes a position on something, then "it gets embarrassing," said Scholz at the time.

1 Literature Festival: Riemann to Subotic: 6th Lit.Ruhr... 2 Cancellation shortly before the end of the transfer:... 3 People: Wax figure of Chancellor Scholz unveiled at... 4 Bahamas: Tourist is attacked by shark while snorkeling... 5 Football saying of the year 2022: The 11 nominated... 6 Why was Tuchel fired at Chelsea? - The backgrounds 7 Heidi Klum: The model shines in a floral look 8 Ratings: "Who steals the show from me?"... 9 Von der Leyen: EU Commission: Skim off "chance... 10 Energy: Fuel prices drop slightly 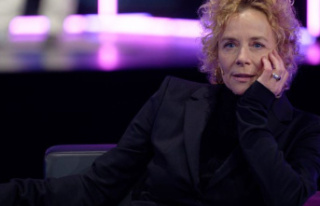