Amazonas: Steinmeier: The rainforest is also our livelihood 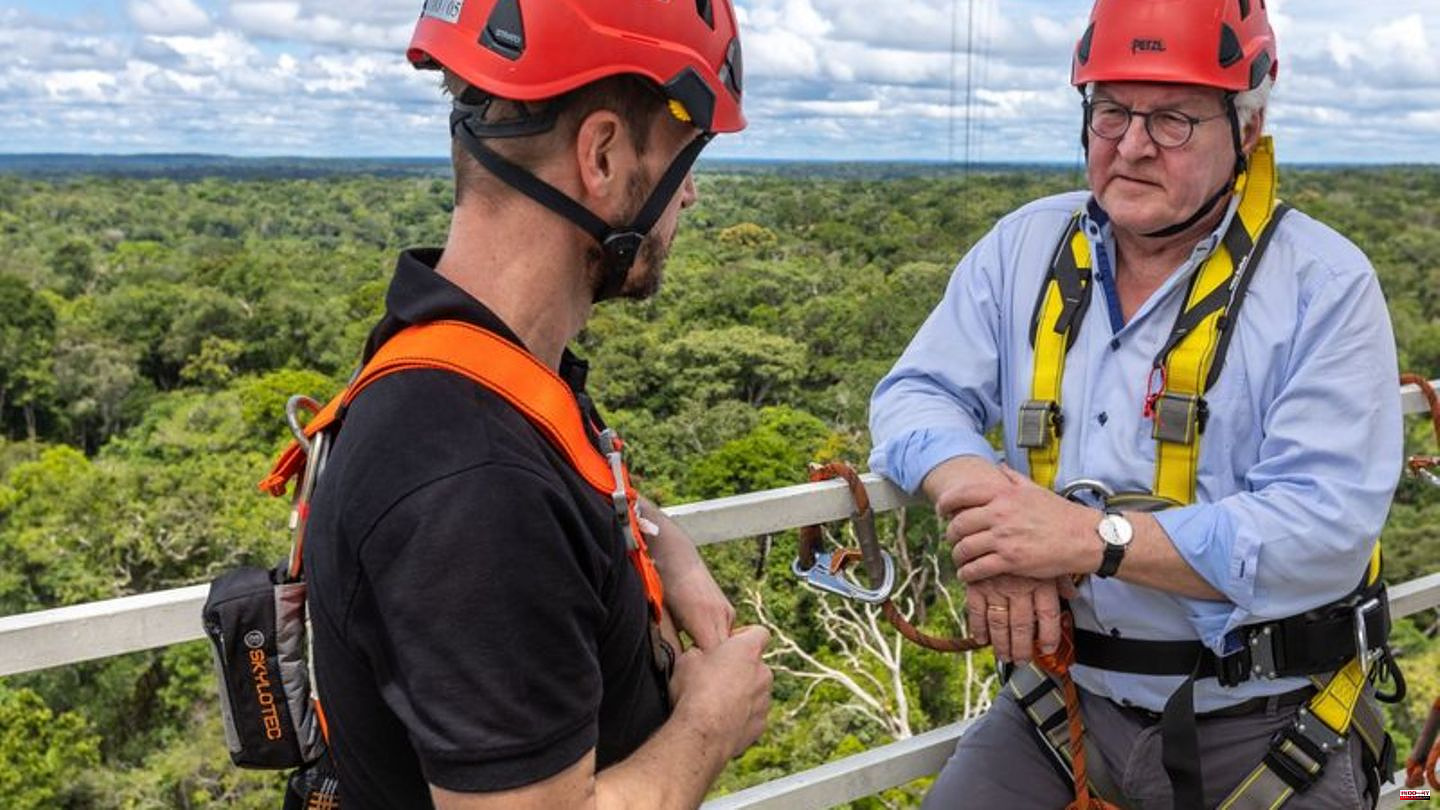 In the middle of the Amazon rainforest, the Federal President wants to find out about its condition and the consequences for the climate. And nowhere is that better than from the ATTO Tower, a 325 meter high climate measuring tower that sticks out of the trees into the sky like a needle.

"Here, so to speak, the pulse for the global climate is measured," says Steinmeier, before he puts on his red helmet, fastens his safety belt and begins the ascent. However, he and later Environment Minister Steffi Lemke (Greens), who accompanied him, only climbed the first platform at a height of 54 meters. That's exhausting enough.

German and Brazilian researchers are investigating the complex interactions between the rainforest and the atmosphere at the Amazon Tall Tower Observatory (ATTO). Meteorological, biological and chemical data such as the concentration of greenhouse gases are measured continuously. The point is that climate change has consequences such as droughts for the rainforest, which in turn have an impact on the climate, as co-director Susan Trumbore explains.

"This livelihood is in danger"

"The trees that grow here bind millions and millions of carbon dioxide," says Steinmeier. They are home to countless plants and animals, and nowhere is the diversity of species greater. The region is far away from Germany, but also "our livelihood". "And this livelihood is in danger."

In numbers, this danger looks like this: According to calculations by the National Institute for Space Research (INPE) in Brazil, the rainforest shrank by 45,586 square kilometers - an area almost the size of Lower Saxony - between 2019 and 2022. It was the four years in office of right-wing President Jair Bolsonaro, who was replaced by Luiz Inácio Lula da Silva on New Year's Day. Species and climate protection were not an issue for Bolsonaro, under Lula it should be different. Many hopes rest on him in Berlin.

In his first two terms of office from 2003 to 2011, Lula did not really appear as a Green Party. But since his election at the end of October, he has made a number of points that have also been positively received in Berlin. At the world climate conference in Sharm el Sheikh in Egypt, he announced that he would prioritize the fight against climate change and the protection of the Amazon region. "There is no climate security in the world without a protected Amazon region," he said at the time.

Lula's goal is to end deforestation by 2030. Wildfire season in Brazil runs from June to October. Most of the time, the trees are felled and then set on fire to create new pastures and farmland. Illegal gold mining is also a problem. Lula also appointed prominent conservationist Marina Silva as environment minister.

The Amazon rainforest is spread across nine South American countries, with Brazil accounting for the largest share. According to the nature conservation organization WWF, the largest rainforest in the world with an area of ​​seven million square kilometers binds twelve percent of the freshwater on earth and is home to ten percent of all species in the world.

The WWF calculates that around 20 percent of the original area has already been destroyed. According to scientists, a tipping point could be reached at 25 percent, from which point the ecosystem can no longer regenerate.

"If the Amazon tipping point is reached, one of the most important climate regulators for our globe, for our planet, would fail," warns Lemke. "This would result in severe disturbances in the climate system that we cannot predict precisely, but which would affect the entire planet."

Steinmeier and Lemke promise Lula German support for his course. Also material help. For example, 35 million euros from the Amazon fund that were frozen under Bolsonaro are now being released again. In addition, Berlin is doubling the funds for the global protection of forests from one to two billion euros.

"Among the many projects that we have made for the new year, climate protection and the protection of the rainforests are at the top of the agenda," says Steinmeier at the foot of the ATTO Tower. When he comes back down, he's sweating and his light blue shirt is soaking wet. 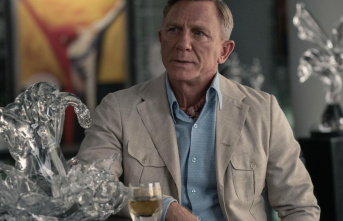