Tens of thousands of believers have been queuing in Rome since Monday to pay tribute to the late Benedict XVI. 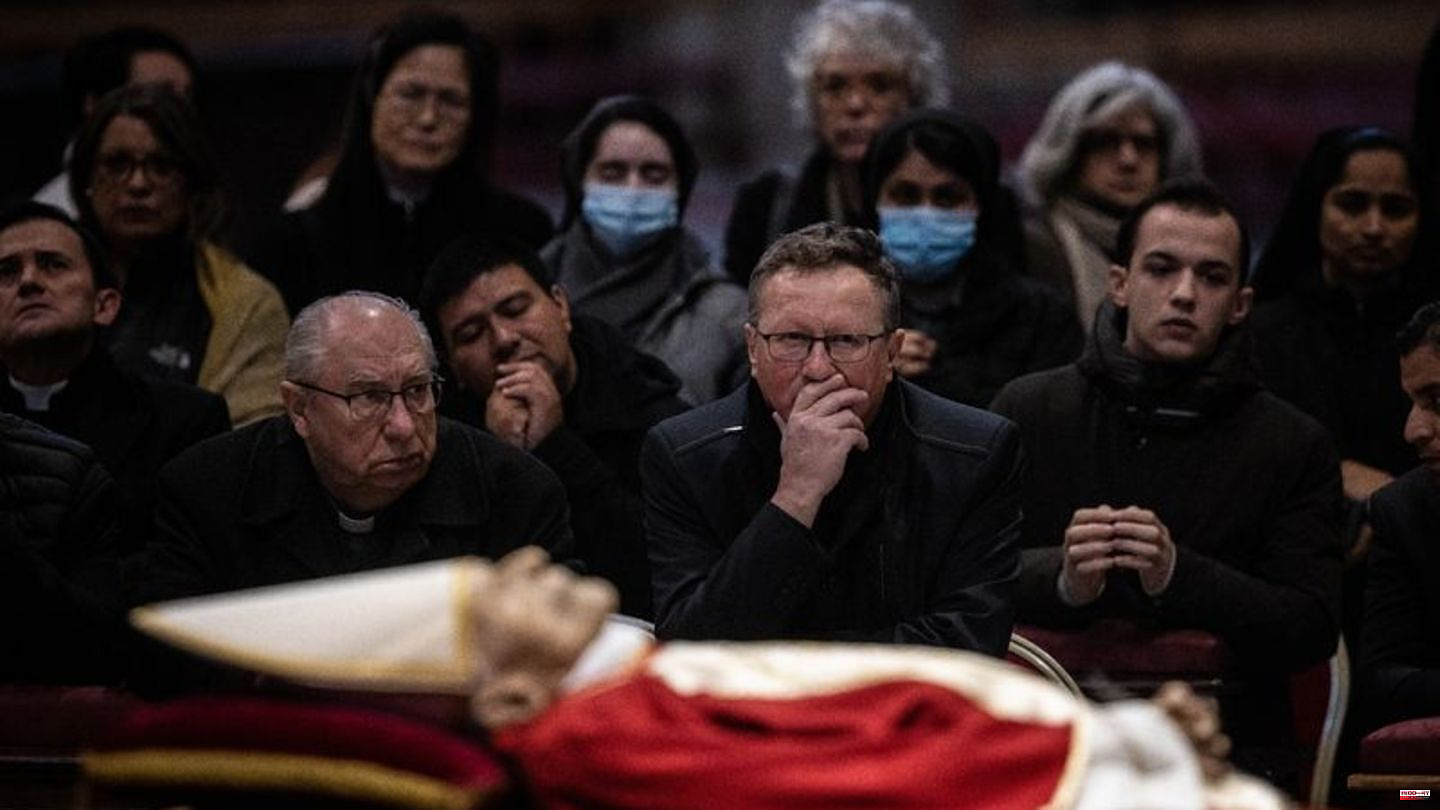 Tens of thousands of believers have been queuing in Rome since Monday to pay tribute to the late Benedict XVI. to pay their last respects. The Pope Emeritus was brought to St. Peter's Basilica in the morning and laid out in public there. He is lying on pillows in front of the main altar, his hands are clasped. After the doors of the basilica were opened shortly after 9:00 a.m., people moved forward down the aisle and past the body.

In front of the church and the security checks, people stood in long queues on St. Peter's Square. Some have been waiting since night to be admitted. In the church, many pulled out their smartphones for snapshots. Others prayed for the Papa Emeritus.

Only in the afternoon did the rush decrease significantly. In the evening, the Vatican gendarmerie estimated that around 65,000 people came to the cathedral on the first day of the public laying-out. A good 30,000 had been expected in advance.

Benedict died on Saturday morning at the age of 95. He was then laid out in the chapel of the Vatican's Mater Ecclesiae monastery, where he had lived for almost ten years after stepping down as pope in 2013. Friends and former companions came to the body there, and Benedict's successor, Francis, was there too.

The tomb of John Paul II

Vatican spokesman Matteo Bruni did not say on Monday whether the incumbent pope wanted to go into the cathedral again before the funeral service on Thursday. For this he confirmed that Benedict should be buried in the crypt under St. Peter's Basilica in the former tomb of his predecessor John Paul II. The remains of the popular Pole were later moved to the main room of St. Peter's Basilica - near Michelangelo's Pietà - during the canonization process.

Benedict's body was brought the short way from the monastery to St. Peter's Basilica in a minibus on Monday morning. Then there was a small, non-public ceremony attended by his longtime private secretary, Georg Gänswein, among others. A Swiss Guard stands to the left and right of the dead Pope.

Among the first mourners was Italy's Prime Minister Giorgia Meloni. President Sergio Mattarella was in the basilica shortly before 9 a.m. The gates of St. Peter's Basilica should be open to visitors on Monday until 7 p.m., on Tuesday and Wednesday people can come to the church from 7 a.m. to 7 p.m.

The big funeral service is planned for Thursday, which Francis himself wants to celebrate at 9:30 a.m. According to official information, up to 60,000 people are expected to attend the requiem, which Benedict wanted to keep simple.

The German Federal President Frank-Walter Steinmeier and Markus Söder (CSU) have already announced themselves. The prime minister from Benedict's homeland of Bavaria wants to fly to Rome with representatives from politics, church and society, as he announced on Monday. "It is a great honor, also for many who will be there, to take part in the Requiem," said Söder. 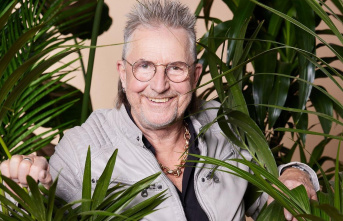