It's really mean: For some time now, Rolex retailers have been putting almost all coveted watches in the shop window - or at least storing them under the counter.

It's really mean: For some time now, Rolex retailers have been putting almost all coveted watches in the shop window - or at least storing them under the counter. But: The objects of desire are only intended to be tried on, and if you take your credit card out of your wallet after putting on a Rolex, you usually have to put it back in your pocket without having achieved anything.

That wasn't always the case, but for around four years - for some models even longer - the so-called waiting list has long been normal. Some jewelers are now calling it a wish list, as they don't want to give the impression that waiting will definitely pay off one day.

Anyone who thinks that one can then try it abroad is mistaken. The phenomenon of gigantic Rolex branches, which in the end cannot sell anything at all, can be observed all over the world. One who needs to know is Mohammed Abdulmagied Seddiqi. Decades ago, his family secured the exclusive rights to sell watches from the Swiss brand in the Emirates.

Seddiqi reveals to "Bloomberg" how it currently looks at its 50 locations. According to the dealer, the waiting lists for some Rolex models are full and limited to 4,000 positions. For comparison: In his lists for Patek Philippe, the number of waiting prospects is often only double digits. And even if a watch does make it into his warehouse, no one guarantees the number one on the list that the call will be immediate. Because Seddiqi has to make sure that the watches are offered to "the right people", he explains.

The "right people" - these are, for example, regular customers and royals. So should the king ask for a new watch, the entire list slides down one line. But: Even with members of the royal family there are limits, it is said. You can always do something for personal desires, but if it's a question of gifts for third parties, you sometimes have to politely say no, says Seddiqi.

Also read: It still won't be cheap: Rolex is fighting counterfeits and supporting the sale of used watches

In order to explain the bottleneck to his most loyal customers, he even flew to Switzerland with a small selection to look over the shoulders of the watchmakers. Afterwards, according to the retailer, many understood why there were long waiting times - because production simply couldn't keep up.

This is also confirmed by Bucherer, a large retail chain with concessions for every imaginable luxury brand, to the star. Because - as mentioned at the beginning - it is not only impossible in the Emirates for a new customer to spontaneously get hold of a watch.

A spokeswoman for the company explains: "The situation with the wish lists is similar in most countries. Demand far exceeds supply. Accordingly, there will also be prospects in the future who will not be able to get the model they want so easily. We are closing the ' 'Waiting lists' not yet, but general statements about the length of the lists make little sense."

Little sense, therefore, because there is no strict order behind the waiting lists that is processed according to the date of receipt of the orders. On the contrary. Bucherer explains: "With Wanted Watches, a long-standing and loyal customer sometimes gets the model they want a little faster than a prospective customer entering our shop for the first time. Incidentally, this is also the case in other areas for products where supply exceeds demand , so handled – and has nothing to do specifically with Rolex."

As far as the reasons for the watch shortage are concerned, the spokeswoman paints a similar picture as Mohammed Seddiqi. "It is important for us to mention that Rolex does not 'artificially' reduce availability - as is often the case in the luxury industry today - but simply does not currently have any more production capacity. This is made more difficult by the general issue of subcontracting. This has been the case since Corona also has a significant influence on the production and availability of many watch brands."

The Wempe family business, whose spokeswoman did not give the star any information about the Rolex brand, is also familiar with the problem. At the in-house brand Wempe Glashütte i/SA, there have also been "delays in the supply chain" for some time, which in turn makes waiting lists for the watches necessary, they say.

Meanwhile, a request from Rolex remained unanswered. This is not unusual, as the company is considered extremely discreet and reserved when it comes to information about production. To date, there is no official information on exact quantities, although it is estimated that Rolex has the highest turnover of all Swiss manufacturers. This is because Rolex is 100 percent part of the Hans Wilsdorf Foundation, named after the founder, which under Swiss law does not have to communicate business figures.

Since Rolex is not accountable to anyone and shareholders cannot insist on maximizing profits, the situation will not change for the time being. Rolex always asserts that lowering quality in favor of faster production is out of the question.

If the small numbers are actually due to production bottlenecks, things could get moving at the end of this decade when Rolex in Bulle puts its newest location into operation. Rolex is planning a production facility there with over 2000 jobs, and the group received the green light for construction around a week ago. 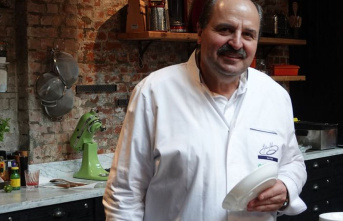