Series highlights: This is what Netflix and Co. have to offer in 2023

A year full of series highlights is behind us. 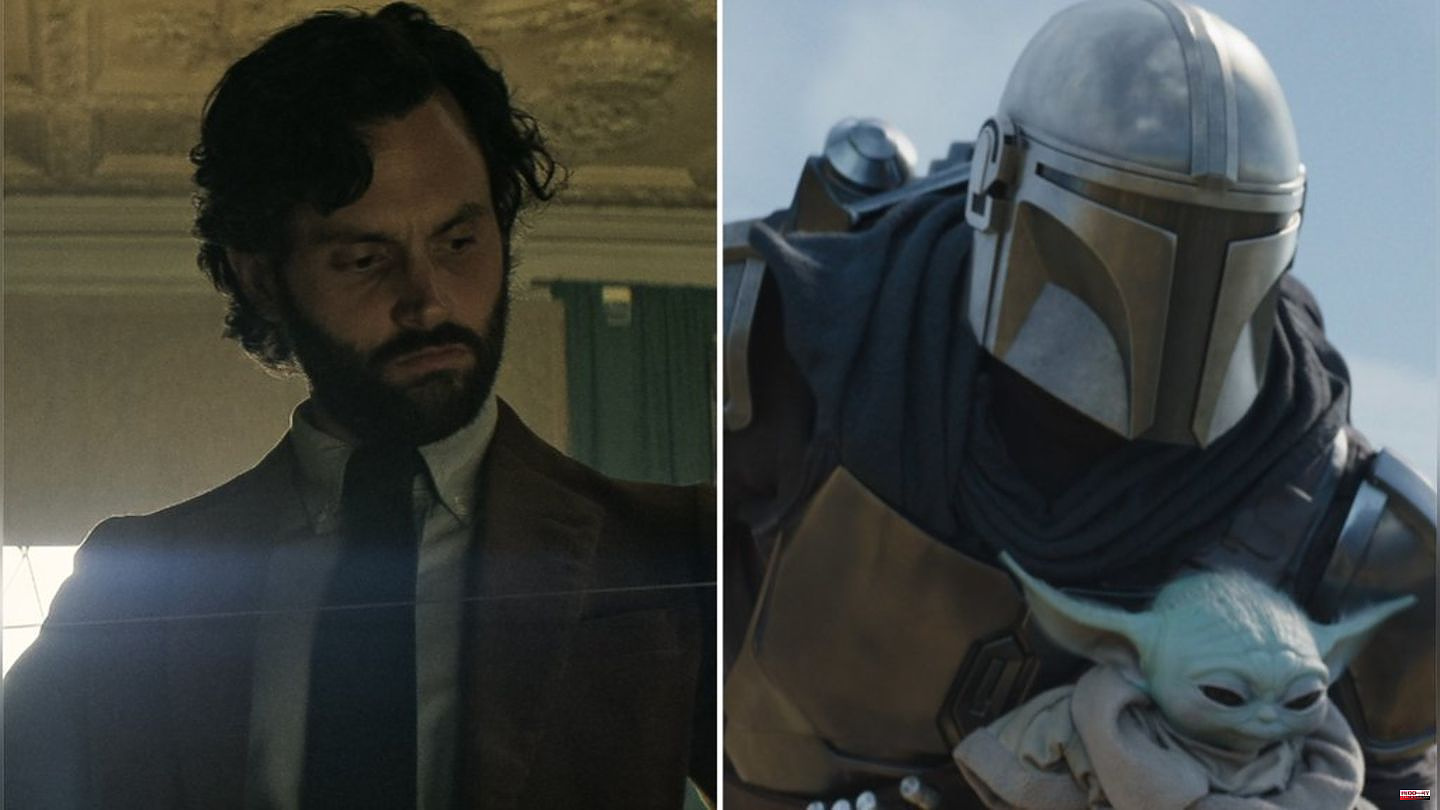 A year full of series highlights is behind us. 2022 delivered surprise hits like "Wednesday" and "Dahmer - Monster: The Story of Jeffrey Dahmer", but also thrilled with long-awaited series like "House of the Dragon" and "The Rings of Power". Of course, series lovers can hardly wait for the next few months, which will certainly have other special productions in store. An overview shows when the next hyped series will start in 2023.

Attention fans of "You - You will love me": On February 9, Netflix will release the first part of the fourth season. A month later, on March 9th, the remaining five episodes of the season will be made available. The series follows the charming bookseller Joe Goldberg (Penn Badgley, 36) who is hiding a dark secret. The sometimes grotesque thriller series has built a large fan base since 2018 - so it's no wonder that "You" is one of the Netflix highlights in the first half of 2023.

Disney 2023 has a lot to offer for lovers of the "Star Wars" universe. The second season of "Star Wars - The Bad Batch" will start on January 4, 2023. The first season of the animated series inspired some fans in 2021. "The Bad Batch" is a direct sequel to the popular series "Star Wars: The Clone Wars" and the film "Star Wars: Episode III - Revenge of the Sith" (2005). The series follows the story of clone unit 99, whose special abilities are due to genetic mutations.

It continues with the third season of "The Mandalorian", which will be released on March 1st. The second season of the series was some time ago, it started in October 2020. However, the plot was continued in "The Book of Boba Fett" (2021). Pedro Pascal (47) stars again as the Mandalorian. "The Mandalorian" was particularly popular thanks to the "child" Grogu, who is known on social media as "Baby Yoda".

Another "Star Wars" highlight is the series "The Acolyte". The main roles are played by "The Hate U Give" actress Amandla Stenberg (24) and "Squid Game" star Lee Jung-jae (49). "The Acolyte" is dubbed by Disney as a mystery thriller set during "the dying days of the High Republic Era." No start date has yet been announced for the series, which is scheduled to continue shooting until May 2023. However, fans suspect that "The Acolyte" will be released in 2023.

With "The Last of Us", Sky and WOW will be showing another HBO hit from January 16th. The series is based on the video game of the same name, which was released in 2013 and has been hailed as a masterpiece by fans and critics alike. In the apocalyptic zombie series, "The Mandalorian" star Pedro Pascal takes on the leading role of Joel, who is supposed to smuggle Ella (Bella Ramsey, 19) out of a quarantine zone. The Last of Us is definitely one of the most anticipated series of 2023.

Fans of bestselling author Sebastian Fitzek (51) are eagerly awaiting the series "The Therapy", which is based on his debut work of the same name. The six-part thriller was commissioned by Amazon Prime Video and will be released internationally on the streaming service. Filming began in spring 2022, but no start date has been announced yet. In the story, a desperate father (Stephan Kampwirth, 55) tries to find his missing daughter. The novel has sold over 14 million copies to date and made Fitzek famous.

Expensive series production will also start on free TV in spring 2023. "Der Schwarm", based on the bestselling novel of the same name (2004) by Frank Schätzing (65), will be available as a thriller series on ZDF from March 6th. "The Swarm" is about an artificial swarm intelligence that lives in the depths of the sea. In addition to some international actors, comedian and late-night show host Klaas Heufer-Umlauf (39) can also be seen in a supporting role.

1 Mark Ruffalo: Marvel star requests prayers for Jeremy... 2 Fires: Schlager colleagues help Judith and Mel after... 3 United States: New US Congress - Republican power... 4 Pandemic: Corona wave in China: Debate on entry restrictions 5 Boom in western Sicily: the idea was born out of sheer... 6 J. Peirano: The secret code of love: My lover is 60,... 7 US state of Alabama: Airport worker sucked in by engine... 8 King Of Toxic Masculinity: Ukrainian defends Andrew... 9 For the Bundesliga restart: Schalke 04 has to do without... 10 Switch to Al-Nassr: Ronaldo at presentation in Saudi... 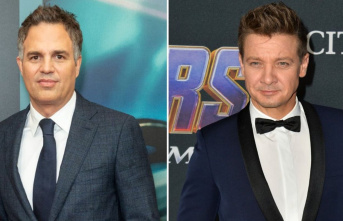