In the emissions scandal, hundreds of thousands have long since received money from VW - around 28,000 diesel plaintiffs, however, have been waiting in vain to this day. 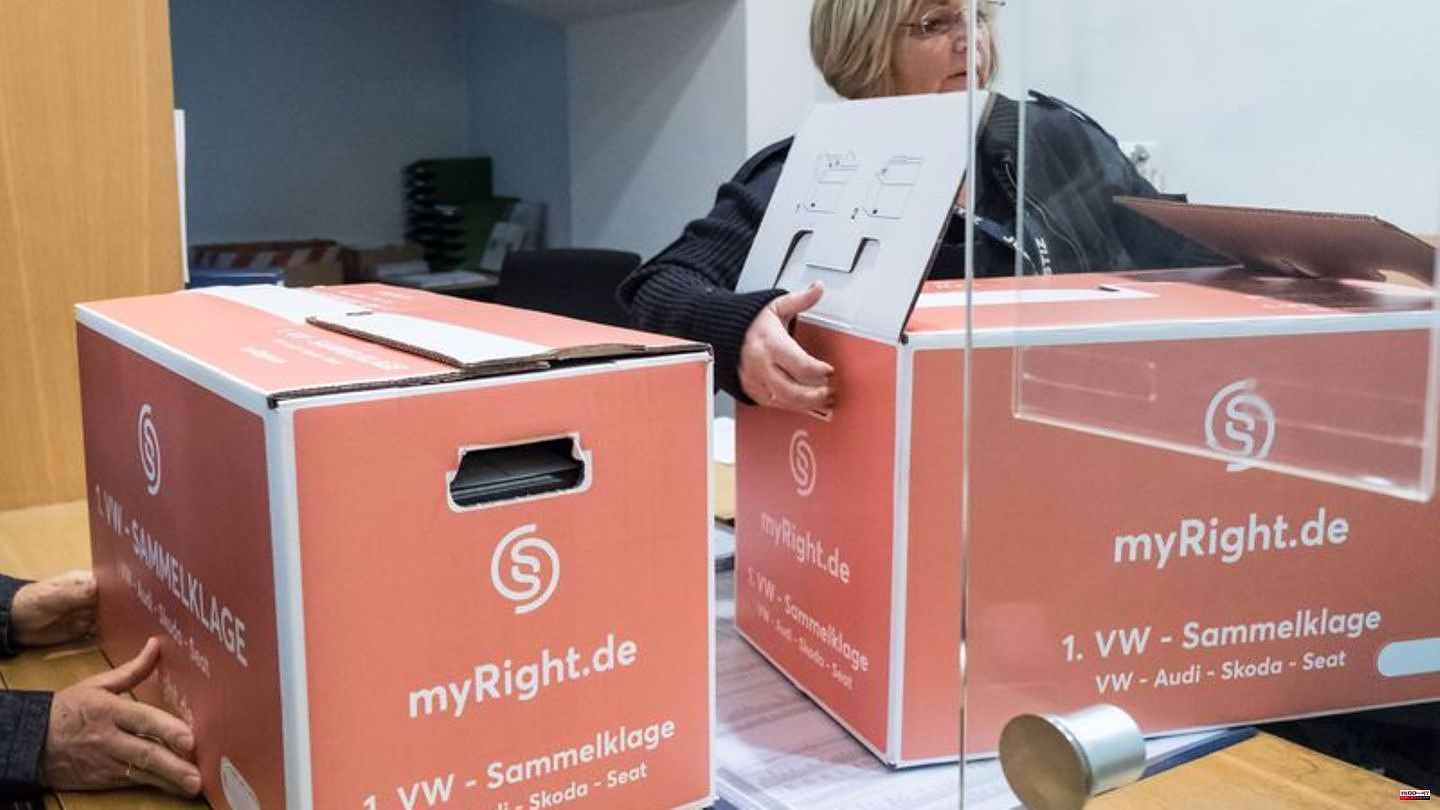 In the emissions scandal, hundreds of thousands have long since received money from VW - around 28,000 diesel plaintiffs, however, have been waiting in vain to this day. They assigned their claims to legal firm Myright years ago for their class action lawsuits, but the litigation is dragging on. A judgment by the Federal Court of Justice (BGH) in June could have meant a breakthrough. According to Volkswagen, there will still be no quick solution. "It may still be a few years before a decision is reached in the large class action lawsuits," the group said on request.

Review: In 2016, when more and more details about illegal exhaust technology in millions of diesel cars came to light, it was completely open whether those affected in Germany were entitled to compensation. "Myright should become the central platform for access to law and justice," the founders promise on their website. Because: "Which consumer can compete with global corporations like VW?"

If successful: 35 percent commission for Myright

Above all, Myright wants to appeal to people who do not have legal protection insurance and would never go to court alone. The start-up has the claims assigned online. If successful, a commission of 35 percent is due. If the lawsuit fails, the customers do not have to pay anything. Myright, in turn, gets the money for the proceedings from a litigation financier, also for a commission.

The German legal system does not have real class action lawsuits like those in the USA. However, the Code of Civil Procedure provides that several claims against the same defendant can be combined in one action. In November 2017, Myright filed the first class action lawsuit at the Braunschweig District Court. This is followed by seven more class action lawsuits, also in other district courts, for a total of around 28,000 diesel owners from Germany. Myright is also counting on a plaintiff being awarded damages in a model case and VW then perhaps agreeing to an out-of-court settlement.

But it doesn't come to that. VW fundamentally doubts that Myright was even allowed to have the claims effectively assigned. And the processing of the lawsuits drags on. The first class action lawsuit filed has not yet been negotiated in Braunschweig.

At the same time, in 2020, the processing of the diesel scandal suddenly started to move. At the end of February, the model declaratory action by the consumer centers against VW, which has since been made possible by politicians, ends with a settlement. Around 244,000 people benefit across all group brands, receiving between 1,350 and 6,257 euros. In May, the Federal Court of Justice delivered its first and most important judgement. The top civil judges found that VW has deceived millions of car buyers and that those affected owe damages as a matter of principle. As a result, Volkswagen will reach an agreement with more than 40,000 other individual plaintiffs by the end of 2021.

Only between Myright and VW are the fronts hardened. "The willingness to defend is extremely high because there is a lot at stake for Volkswagen," speculates Myright Managing Director Sven Bode.

For a few weeks now, the young company has been able to base its claims on a supreme court judgment: On June 13, the Diesel Senate of the Federal Court of Justice ruled that a Myright lawsuit is permissible for around 2,000 Swiss VW customers. When pronouncing the case, the judges do not explicitly address the German lawsuits. But the written verdict has now been published.

It says in black and white that Myright's business model is "undoubtedly" allowed. According to the judges, this has actually been clear since a judgment by colleagues from the Second Civil Senate in July 2021. At that time it was about the insolvency of Air Berlin, a service provider demanded the money back for seven customers for flights that had already been paid for. According to the Dieselsenat, nothing else applies to the "mass bundling" of claims, as practiced by Myright.

There is also no evidence "that the plaintiff initiated unjustified lawsuits to a considerable extent from the outset". For those affected by the emissions scandal, the BGH judges even see "considerable advantages": Myright's involvement "resulted in a significant improvement in the negotiating position of the individual clients" vis-à-vis VW, "because only by bundling the claims of several thousand claimants can an economic Equilibrium (...) has been achieved".

VW Chief Legal Officer Manfred Döss was "very surprised by the verdict" in the "Neue Zürcher Zeitung" (NZZ) at the end of June. Regarding the procedure after the precise analysis, he said: "If it is likely that the customer will be awarded appropriate damages in the further proceedings, we will make a corresponding payment to the plaintiffs in advance, as in the past."

That seems off the table now. "Myright would first have to create a reliable factual basis for any economic agreements," says VW. "There is currently no such reliable basis." The factual presentation contained "countless gaps, contradictions and discrepancies". Therefore, the courts would "now have to deal with the individual claims".

For Myright boss Bode there is something else behind it. "VW is trying to play for time and drag out class action lawsuits." Because in itself it is about "classic" diesel cases in which customers have bought a car with the VW scandal engine EA189. This was indisputably manipulated in such a way that exhaust gas limits were only met in tests.

This is unfortunate for those affected. Because according to the case law of the BGH, the use of the car is to be deducted from the compensation - if you continue to drive it for years, you may get nothing.

Myright is now trying things differently: The company has begun to separate individual proceedings from the class action lawsuits and to make them pending in all possible district courts nationwide. According to Bode, 150 to 300 cases are added every week. This should ensure faster processing. However, there is not much left of the original idea of ​​class action lawsuits.

1 Inflation: Poll: Millions of Britons can't afford... 2 Start of the series on Amazon Prime Video: "The... 3 Latin America: Argentina's President speaks of... 4 Before the congressional elections: The tone is getting... 5 Corona vaccination: The long-awaited Omicron vaccine... 6 Latin America: Argentina's President speaks of... 7 Crime: Two men in Berlin injured by shots from a car 8 Leipzig: baby and stroller disappeared from the shopping... 9 US Open: Williams sisters lose - Nadal injured in... 10 Formula 1: Haas team boss on Schumacher's future:... 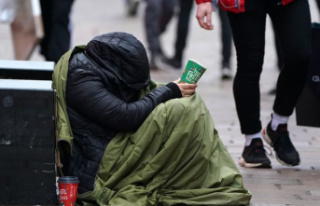