Doing remodeling work at home has a much higher price than in Madrid or Barcelona, ​​according to a study by the international consulting firm Cushman and Wakefield. 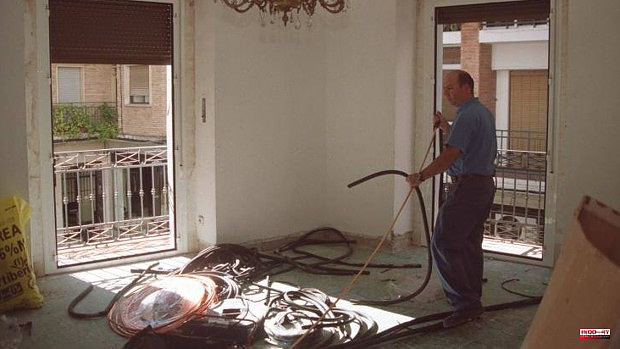 Doing remodeling work at home has a much higher price than in Madrid or Barcelona, ​​according to a study by the international consulting firm Cushman and Wakefield.

The difference is reflected in the 1,000 euros of cost per square meter on average recorded by the Portuguese capital, compared to the 825 of the two Spanish cities.

It is proof of the lack of competitiveness, which leads to a minimum cost of 750 euros and a maximum of 1,400 per square meter, depending on the Lisbon area in question. An oscillation that, for example, in Milan and Rome goes from 650 to 1,300. So the value has skyrocketed on the shores of the Atlantic Ocean, where building a house has risen 14.3%.

All in all, the commercial real estate sector in Lisbon is experiencing an unusual explosion and will reach a record figure of 3.6 billion euros this year, as the demand for offices continues to grow.

And what are the reasons that explain such a context? One of the most prominent executives of Cushman and Wakefield, Matthew Smith, has it clear: the shortage of raw materials, the problems of supply of materials and the lack of labor. Electrical components, aluminium, carpentry or glass are the most affected by the ups and downs of the market in recent months. It is an escalation that seems to have no end.

“In real terms, the cost has increased between 15 and 20%, a circumstance that will continue throughout 2022,” he says before pointing out: “It cannot be forgotten that the supply chains have been broken by the pandemic and for the invasion of Ukraine, ”says the same spokesman.

The works in the offices (and also in the homes) continue their course, but normally see a delay time that can be estimated at around 30 or 40% with respect to the usual deadlines.

In the case of the value of real estate, it was already predicted by Standard

The Lisbon City Council confirmed the unstoppable explosion and its urban planning services detected that a third of the buildings in the center of the capital are used for accommodation, converted into a business in this fashionable city (even during a pandemic period).

The purchasing power of foreign applicants is far ahead of the locals and the avalanche is getting higher and higher. Therefore, remodeling employees often prioritize customers from other countries. In fact, lifelong residents are displaced and forced into the arms of the rental market in the periphery.

The people of Lisbon are launching on the Internet dozens of houses available for short stays, which are the most requested. And numerous dilapidated buildings are renovated with urban facelift, a source of income for the municipal coffers through the granting of licenses.

Works, works, works and, in Lisbon districts such as Santa Maria Maior or Misericordia, the number of tourists exceeds that of residents, with the square meter above 3,000 euros. Until when is this difficult to stop ascension going to manifest itself? Is there no way to set limits?

A non-law proposal in the Assembly of the Republic has sought to return citizen protagonism to the communities, but its real effectiveness has yet to be verified. And it is that the majority of the residents in a portal can block those who put their apartments for rent if they consider that there is too much noise or any other circumstance.

The final decision in this type of situation will always correspond to the City Council, now commanded by the moderate Carlos Moedas. Meanwhile, the International Monetary Fund has warned the neighboring country about the risks involved in relying too much on the strength of tourism as an economic engine. But the months go by and the trend continues to rise.

There is talk of a 'Barcelona effect' that could transform Lisbon into a prohibitive enclave for the modest local purchasing power. At the moment, the shopping basket already portrays it, as well as this subsector of reforms that has climbed so much and that translates into the classic "yes, yes, yes"... which finally translates into a very strong rise in costs , since the analyzes of Cushman and Wakefield (real estate experts with New York roots) leave no room for doubt due to their 'clinical' precision.

1 How much money do I have to earn to be forced to be... 2 «Mutuelle Bleue» leads the Sardindha Cup fleet in... 3 The Diputación de Alicante requests Next Generation... 4 The bursting of a wheel causes a fire in a tanker... 5 Cs joins the left and concludes that there was "malpractice"... 6 The nine Russian oligarchs who have died since the... 7 Kamala Harris seeks to clean up her image at the Summit... 8 58% of workers under the age of 25 in Spain are considering... 9 The King highlights the historical contribution of... 10 These are the cheapest electricity hours this Wednesday 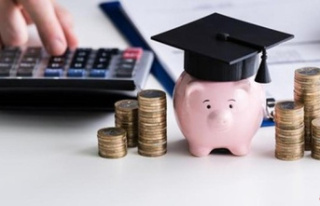 How much money do I have to earn to be forced to be...