A general call and a new start after a wind role kicked off the first stage of the Sardindha Cup at 4:39 p. 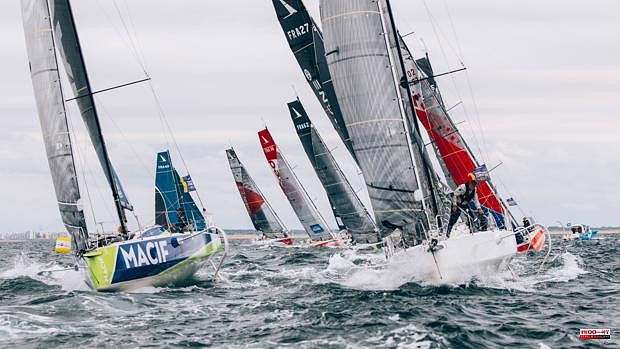 A general call and a new start after a wind role kicked off the first stage of the Sardindha Cup at 4:39 p.m. yesterday, Monday. And after 24 hours of regatta, the fleet is still sailing upwind as planned, led by Corentin Horeau and Julien Villion's “Mutuelle Bleue”.

As expected, the fleet of 22 Figaro 3s began the voyage through the Bay of Biscay with a first boarding to port after the island of Yeu turning to starboard this Tuesday at more or less the same time.

"The small front that was expected in the early afternoon came earlier, so the boats turned west around noon," explained Guillaume Rottée, race director.

“This does not change the general shape of the stage or its trajectories and we can expect all of them to tack again next night after the front has passed to head for Cape Finisterre. As for the intensity of the wind, they are between 15 and 20 knots, they are still upwind."

The four mavericks, who had moved south of the peloton on Monday -Marine Nationale-Fondation de la Mer (Philippe Hartz/Eric Delamare), Alva Yachts (Jörg Riechers/Robin Marais), Team Vendée Formation-Botte Fondations (Charlotte Yven/ Pierre Daniellot) and Passion Santé-Trans-Forme (Richard Romen/Victor Le Pape) - have lined up again. "Maybe they could have widened their option by tacking later," added Guillaume Rottée. Having taken the lead on Monday at the "Ville de Saint-Hilaire-de-Riez" mark, Corentin Horeau and Julien Villion (Mutuelle Bleue) held the lead 24 hours later, with a small lead over the Région Bretagne-CMB Performance ( Tom Laperche/Morgan Lagravière) and the Région Normandie (Guillaume Pirouelle/Robin Follin). The rest of the program is as expected: a calm zone around Cape Finisterre, and then a spinnaker descent from the north-west of the Iberian Peninsula with fairly strong winds to Figueira da Foz, where the fleet is expected on Friday.

Due to regulations of this Sardindha Cup, the crews cannot download weather files on board during the entire regatta. A difficulty that many teams have resolved by settling between experienced skippers in the Le Figaro Class and the younger ones. In the case of the «Amarris-Primeo Energie» Achille Nebout, who sails with Pierre Quiroga, winner of the last edition of La Solitaire du Figaro: "The idea is that he transmits to me the knowledge he has acquired during his three years of regatta on the Figaro 3, especially with regard to speed downwind and making strategic decisions after a few days, when the meteorological files become a bit outdated, which is clearly going to happen in the Sardinha Cup, since we don't have I'm interested in seeing how he works on board, his method, his routine, which often allows him to perform well in these phases." See you in Figueira da Foz on Friday to find out if Race 1 Pays de Saint-Gilles Tourisme, which however it will be mainly run upwind, it will have been rich in exchanges!"

1 The Diputación de Alicante requests Next Generation... 2 The bursting of a wheel causes a fire in a tanker... 3 Cs joins the left and concludes that there was "malpractice"... 4 The nine Russian oligarchs who have died since the... 5 Kamala Harris seeks to clean up her image at the Summit... 6 58% of workers under the age of 25 in Spain are considering... 7 The King highlights the historical contribution of... 8 These are the cheapest electricity hours this Wednesday 9 Merkel breaks her silence: "My heart beats for... 10 «This is what it is: people only want to work eight... 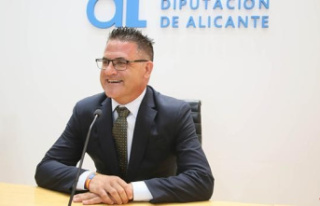