The question has remained unanswered. 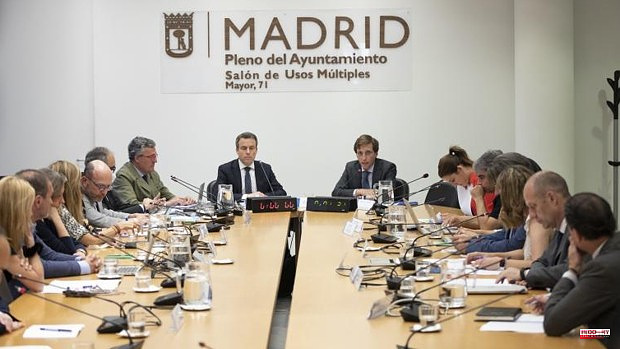 The question has remained unanswered. Did the Madrid City Council try to spy on Isabel Díaz Ayuso and her entourage under the baton of the PP national leadership? "Even despite the strong evidence, a definitive answer will be pending," concludes the final opinion of the investigation commission that has tried to clarify in the last three months if a detective plot was orchestrated around the Madrid baroness, which she herself publicly denounced last February. The epilogue to the ten work sessions and 19 appearances has ended with no more consequences than a document that accuses the PP of "malpractice."

Those have been the two words that the delegate councilor of the Urban Development Area, Mariano Fuentes (Cs), has used to justify his alliance with the left in the approval of the opinion that will be submitted to the next plenary session in July.

Citizens, PSOE and More Madrid have voted in favor. The Mixed Group, formed by the three Carmenista councilors who broke with Más Madrid last year, has abstained. Vox, whose passage through the commission has been merely testimonial, and PP have voted against.

Citizens censored the scandal of their government partner on February 17, when the media revealed the alleged case of espionage within the consistory. The deputy mayor Begoña Villacís was blunt: "We are not going to allow in any case that the Madrid City Council and its money be used for the partisan wars of the PP, what we are seeing is shameful." Three months later, the orange formation has supported the opinion of conclusions, but there has been no retaliation in the marriage of the Palacio de Cibeles.

The absences of 26 of the 45 appearing cited by the municipal groups have starred in a useless commission when shedding light on the case that disrupted the PP and triggered the resignation of its leader, Pablo Casado. The protagonists were missing. President Isabel Diaz Ayuso. Former Madrid mayor Alberto Ruiz Gallardón, who is suspected of being the "trusted person" who would have warned Ayuso and councilman José Luis Martínez-Almeida of the alleged espionage. The former coordinator of the Mayor's Office, Ángel Carromero, the first resignation that the scandal claimed. David Fernández, the second severed head, the former press officer of the Municipal Housing and Land Company (EMVS), where they allegedly tried to hire the services of a private detective, Julio Gutiez, who also avoided his appearance. And the former press officer of the Mayor's Office, Joaquín Vidal, now in charge of communication for the Municipal Transport Company (EMT).

Almeida himself - who attended the tenth session - promised that all the PP officials cited would appear. The opinion criticizes that "not even senior and eventual officials of his government have attended." “It has been a very complicated commission, with many obstacles”, declared the Socialist spokesperson, Mar Espinar, “the dismissals, the absences, have attracted much more attention, and those who have appeared have come to tell us a story that was well learned ». A "failed" commission, according to the mayor of the Mixed Group José Manuel Calvo. "Many obstacles have been placed in order to know the truth," settles the final document.

The story built from the 19 appearances has confirmed the EMVS as the scene of the events. Last December, a "trusted person" transmitted the rumor of the alleged espionage to Almeida, who went to his closest circle, the Environment and Mobility delegate, Borja Carabante, and the municipal spokesperson and Security and Emergencies delegate, Inmaculada Sanz. In January, the mayor sent Carabante to the municipal company, dependent on the Urban Development Area, to meet with its president, Álvaro González, and his press officer. There he began what Almeida described as an "internal investigation" to find the hiring (or the threat of hiring) of a detective.

Ciudadanos, PSOE and Más Madrid have concluded that González "broke the company's Code of Ethics by initiating an investigation, not being competent to do so." The president did not inform the Ethics Committee, the EMVS complaints channel, or the Board of Directors. And that Carabante "exceeded his functions and powers by accompanying the Housing delegate to the meeting at the EMVS headquarters," the 16-page document states. In any case, his investigations did not find any contract. Once the case was revealed, the Ethics Committee investigated the facts at the request of the Board of Directors. "The report concludes that it is impossible to carry out this contract without it appearing in the company's accounting and therefore it has not occurred," the opinion indicates.

If anything has resulted from the investigation commission, it has been the purpose of the municipal groups to improve the management of this type of situation in the future. All have unanimously approved a second document, a five-point recommendation opinion that will also be submitted to the plenary session in July. "The first is that everyone who appears who receives financial resources from the city council must testify" in an investigation commission, assured the PP councilor José Fernández. The legal services of the city council will write a report that collects, "among other possible consequences, the immediate dismissal" of the absentees.

1 The nine Russian oligarchs who have died since the... 2 Kamala Harris seeks to clean up her image at the Summit... 3 58% of workers under the age of 25 in Spain are considering... 4 The King highlights the historical contribution of... 5 These are the cheapest electricity hours this Wednesday 6 Merkel breaks her silence: "My heart beats for... 7 «This is what it is: people only want to work eight... 8 Police release sketch from girl discovered in Toronto... 9 Merkel defends Germany's approach to Ukraine:... 10 The victims of Pitanxo will force a face to face with... 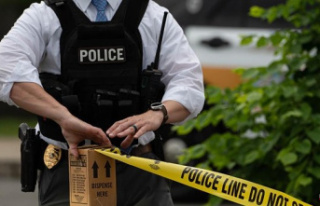 The nine Russian oligarchs who have died since the...