The blowout of a wheel has caused this Tuesday the fire of a tanker truck that circulated transporting a large amount of wollastonite ore. 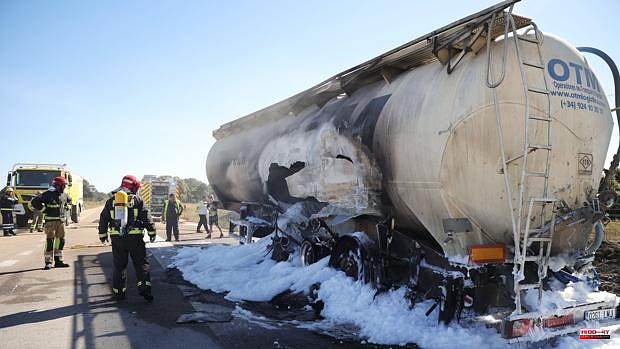 The blowout of a wheel has caused this Tuesday the fire of a tanker truck that circulated transporting a large amount of wollastonite ore. The event occurred moments before 5:41 p.m. at kilometer 18 of the CL-526 road when one of the tires burst and the friction with the asphalt generated the flames.

As reported to Ical by the Emergency Service 112 of Castilla y León, a crew from the Traffic Civil Guard traveled to the place, in order to control traffic in the area, as well as members of the Salamanca Provincial Fire Department to douse the flames.

The truck driver, for his part, managed to leave the cabin on his own and remained outside until the arrival of the emergency services, so he did not require medical assistance.

1 Cs joins the left and concludes that there was "malpractice"... 2 The nine Russian oligarchs who have died since the... 3 Kamala Harris seeks to clean up her image at the Summit... 4 58% of workers under the age of 25 in Spain are considering... 5 The King highlights the historical contribution of... 6 These are the cheapest electricity hours this Wednesday 7 Merkel breaks her silence: "My heart beats for... 8 «This is what it is: people only want to work eight... 9 Police release sketch from girl discovered in Toronto... 10 Merkel defends Germany's approach to Ukraine:... 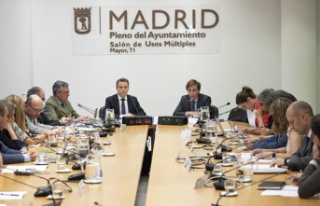 Cs joins the left and concludes that there was "malpractice"...