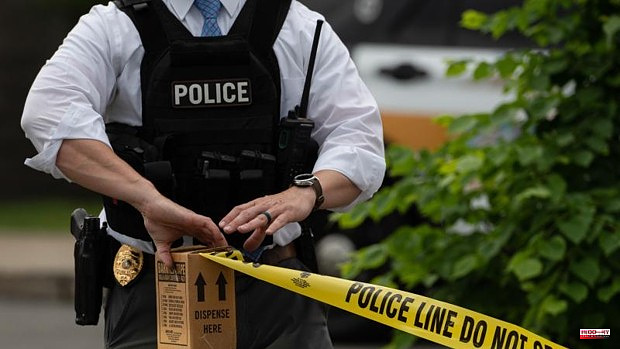 Nine deaths—under mysterious circumstances—in just over a hundred days. All rich or very rich men. Eight were Russian and one was born in the Ukraine when it belonged to the USSR, but lived in London. Six are apparent suicides, including three 'homicide-suicides', which first killed their families and then ended their lives. Four of them were or had been senior Gazprom officials, while another three were in the hydrocarbons sector. Is it pure chance or is there something else behind these events?

The first death linked to Russian energy giant Gazprom occurred shortly before the Russian invasion of Ukraine began. This senior Gazprom executive was found dead in the bathroom of a cabin in Russia, according to the Russian media company 'RBC'.

A suicide note was found near his body, saying he did not want to be a "disabled person" or a "burden" to his family and complaining of excruciating pain in his injured leg, Russian media 'Novaya Gazeta' reported. ' and '78.ru'. The investigators questioned the authenticity of the note and 'Novaya Gazeta' explained that Shulman had money to spare to pay for high-quality painkillers.

He was found hanged in the garage of a country house near Saint Petersburg on February 25, according to 'Novaya Gazeta'. The Police told this Russian outlet, currently closed, that they found a suicide note next to his body. Tiuliakov, 61, was an executive at Russian energy giant Gazprom and the company launched an investigation. Likewise, 'Novaya Gazeta' quoted a report from the Russian media outlet 'Fontanka.ru' which stated that Tyulyakov was seen with signs of having been brutally assaulted on the eve of his death.

Mijail Watford was found by the gardener hanged in the garage of his house in Surrey (England) on February 28, according to the 'BBC'. Watford, who had renamed himself from the original Tolstosheya, was born in 1955 in then-Soviet Ukraine and had made a name for himself after becoming an oil and gas tycoon. He moved to the UK in the early 2000s with his wife, an Estonian national.

According to the Russian newspaper 'Kommersant', he was found dead in his luxurious apartment in Nizhny Novgorod on March 24. The billionaire was stabbed to death, as was his wife Galina and his two children, ages 10 and 4. Investigators concluded that Melnikov stabbed his family before turning on himself, but the Ukrainian outlet 'Glavred' suggested that he may have had a confrontation with a former business partner. However, 'Kommersant' reported that there were no signs of the apartment's lock being forced. Melnikov owned the medical equipment supply company MedStom, which had suffered significant losses due to Western sanctions.

They are events that occurred on the same day, but one in Moscow and another in Lloret de Mar (Gerona). Two Russian oligarchs killed their families at the same time on April 19 and then committed suicide. At first, everything pointed to the fact that it was a macabre coincidence, but there are still many unknowns about what could have happened.

In the case of Lloret de Mar, the Mossos treated what happened as a case of gender violence. Sergei Protonsenya – he was vice president of Novatek, the Russian natural gas giant for seven years – killed his wife and his 16-year-old daughter with knives and axes in a luxury villa they had rented. Later, it was said that he had committed suicide by hanging himself in the garden. His son Fedor publicly rejected the theory and told 'MailOnline' that his father "is not a murderer."

3,500 kilometers from Lloret de Mar, on the same day, Vladislav Avayev - a former Kremlin official and former vice president of the state gas company Gazprombank - was found dead in his Moscow apartment along with the bodies of his wife, Yelena, 47, and his youngest daughter, María, 13. The man's body was found with a gun in his hand and the three bodies had gunshot wounds.

The former chief manager of Lukoil, Russia's largest oil company, was the seventh Russian tycoon found dead on May 8 at a shaman's house in Mytishchi, a town northwest of Moscow, according to the Russian news agency 'TASS'. Supposedly, he had gone there to obtain a "hangover cure," which included toad poison. Sabbotin was "in a state of severe drug and alcohol intoxication the day before" his death.

According to TASS, the shaman made a small incision in Subbotin's skin to inject toad venom to induce vomiting. But instead of vomiting, the billionaire began experiencing severe chest pains. Instead of calling the emergency services, the shaman recommended that he go home and rest. The next morning, Subbotin was found dead in the basement of the house - which was used for "Jamaican voodoo rituals" - of a suspected heart attack as noted by TASS.

The latest event involves two senior officials from the popular social network VK, Moscow's answer to Facebook, which was banned in the country after the invasion of Ukraine. Both died this Monday in a car accident during an expedition along the White Sea coast, according to local media such as 'Ria Novosti'. The Sherp off-road vehicle overturned while crossing the Bugryanitsa river and both men "were swept" into the deep sea, according to a VK post by the Reindeer Breeders' Union, who alerted emergency services according to 'Radio Free Europe'. The bodies were found Tuesday on the river bank.

Vladimir Gabrielyan, deputy general director of VKontakte, and his procurement chief Sergey Merzlyakov were killed near the village of Shoyna in the Nenets Autonomous Region on Russia's northwest coast, the company told Russian state media 'RIA Novosti. '. A friend of theirs, Sergey Olsevich, and Gabrielyan's girlfriend, Alena, also died in an attempt to cross the Bugryanitsa River.

1 Kamala Harris seeks to clean up her image at the Summit... 2 58% of workers under the age of 25 in Spain are considering... 3 The King highlights the historical contribution of... 4 These are the cheapest electricity hours this Wednesday 5 Merkel breaks her silence: "My heart beats for... 6 «This is what it is: people only want to work eight... 7 Police release sketch from girl discovered in Toronto... 8 Merkel defends Germany's approach to Ukraine:... 9 The victims of Pitanxo will force a face to face with... 10 Uvalde-born Matthew McConaughey blows up at White... 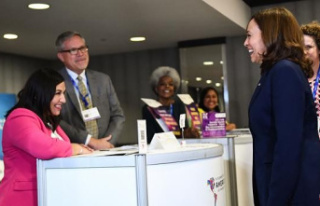 Kamala Harris seeks to clean up her image at the Summit...