The King supported this Thursday the Aragonese employers in the celebration of the 40 years of life of this business organization. 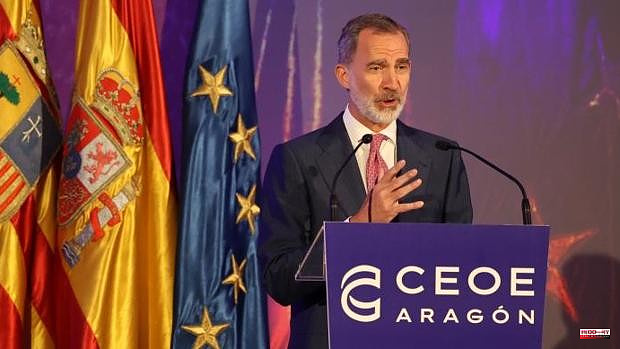 The King supported this Thursday the Aragonese employers in the celebration of the 40 years of life of this business organization. The former CREA, currently called CEOE-Aragón, celebrated its fortieth anniversary on Tuesday with an institutional act that took place at the Aragón Government headquarters.

During his official speech, Felipe VI stressed that, despite the current "complex" international environment, "Spain is determined to respond to the challenges and resume the path of prosperity as soon as possible, which has proven to be a characteristic element of our national foreign sector.

He expressed his confidence that the exports of the Spanish business fabric are, once again, "one of the levers of the reactivation and engine of the recovery and growth of our economy, as it has been on previous occasions".

The King has encouraged to persevere in the process “of modernization and transformation of our economy; a process that allows productivity to be increased, that expands the capacity to create quality employment, that also improves the quality of life of all Spaniards in the coming years and can thus guarantee sustained growth».

Thus, in the medium and long term, he is convinced that "we will achieve an economy and a society that are more prepared to be able to face crises such as the one that has hit us recently and any other type of phenomenon that may arise in the future".

During his speech before the Aragonese employers and the institutional representatives of Aragon, Felipe VI appealed on Tuesday to continue working together "for and for Aragon, for and for Spain." In this sense, he highlighted the role historically played by this region: "I know very clearly that Aragon is a true turbo for the character and engine of Spain" and "I encourage you to continue being so, to face the future eagerly, with strength and with that character that has marked you for so many centuries».

1 These are the cheapest electricity hours this Wednesday 2 Merkel breaks her silence: "My heart beats for... 3 «This is what it is: people only want to work eight... 4 Police release sketch from girl discovered in Toronto... 5 Merkel defends Germany's approach to Ukraine:... 6 The victims of Pitanxo will force a face to face with... 7 Uvalde-born Matthew McConaughey blows up at White... 8 Son of Buffalo victim presses Congress: "What... 9 US faces a greater extremist threat going into the... 10 Serrat starts his last trip through Spain 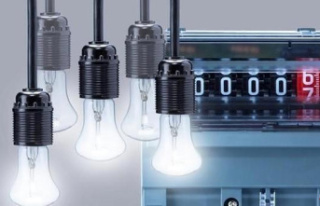 These are the cheapest electricity hours this Wednesday