The president of the Generalitat Valenciana, Ximo Puig, has advanced this Wednesday the intention of "making Valencia one of the capitals of the world of tennis" after the five-year agreement signed with Kosmos -the company of the soccer player Gerard Piqué- to host the Davis Cup, "a serious project" that will bring "social return" to the city and that also has "an importance of an economic nature. 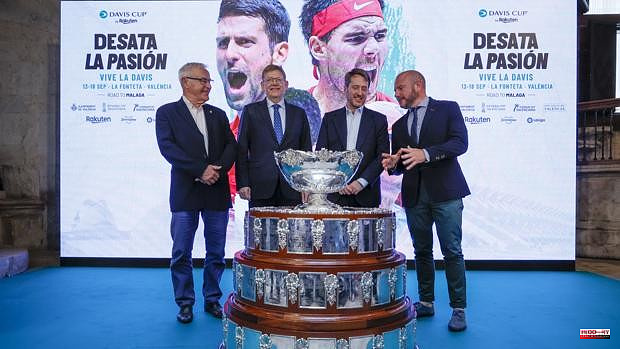 The president of the Generalitat Valenciana, Ximo Puig, has advanced this Wednesday the intention of "making Valencia one of the capitals of the world of tennis" after the five-year agreement signed with Kosmos -the company of the soccer player Gerard Piqué- to host the Davis Cup, "a serious project" that will bring "social return" to the city and that also has "an importance of an economic nature."

The capital of the Turia has been presented this Wednesday as one of the four venues for the group stage of the Davis Cup Finals, which will be held between September 13 and 18. The Fuente de San Luis, Valencia Basket pavilion, will host the group in which Spain, Serbia, Canada and South Korea will compete.

In addition to Puig, the President of the Valencia Provincial Council, Toni Gaspar, attended this event, held at the Palau de la Generalitat; the mayor of Valencia, Joan Ribó; the general manager of Kosmos, Enric Rojas, and some active or retired tennis players from the city, such as Anabel Medina, Bernabé Zapata or Carlos Taberner.

«It is fundamental for sport, but it is of an economic importance, that is why this agreement that has been reached with Kosmos will allow for stability in this proposal, because in the next five years we will continue to have Davis in Valencia and who knows if in the future we will have the final. It will allow us to expand cooperation with the federation and the tennis players to do more things and make Valencia not the capital of the world of tennis, but one of them", explained Ximo Puig this Wednesday during the presentation of the city as one of the venues for the 2022 Davis Cup group stage.

The president of the Generalitat has positively valued the presentation as it was the day after the great match between Rafael Nadal and Novak Djokovic at Roland Garros, two of the tennis players who will be in Valencia in September. "A day that if we had tried to look for it, we would not have found it better," he commented.

Puig has defined the Kosmos proposal as "a serious project" that was worth studying and has recalled the quarterfinals that Valencia hosted in 2018 and the economic repercussion it had for the city. “The return that each euro invested had at that time was multiplied by three and, according to the studies we have carried out, now it will double,” she declared.

In addition, he highlighted the "social return" for "what closeness to watching sport implies" and "the emotional energy it brings after the pandemic." He has also had good words for the Spanish team, which will host in Valencia, and of which he is convinced that "it will arrive in Malaga in a position to win the Davis Cup".

For his part, Mayor Joan Ribó recalled the city's commitment to tennis and the Davis Cup, which "is not the first time it has hosted a competition, but now it will be in a new format."

He has also referred to the decisive match of the quarterfinals of the 2018 edition, where "an epic player like David Ferrer" and "a dedicated public like that of Valencia" gave Spain the round pass against Germany in the fifth and decisive point. "Let's enjoy all these players who during the year leave us speechless in Paris, Australia or the United States and who will now visit La Fonteta", commented Joan Ribó.

For his part, the general director of Kosmos, Enric Rojas, explained the latest change in format in the competition, which is now divided into four venues during the group stage so that "people could travel more to see their countries" trying to solve some problems of other editions.

Rojas has recognized the "interest from many cities in Europe and especially outside Europe" and valued "the effort that Valencia has made" to be one of the venues. «València has hosted the Davis Cup five times and has a brutal tennis history. It all made a lot of sense," he explained.

The Valencian tennis player Bernabé Zapata has been in the presentation after reaching the round of 16 at Roland Garros, where he was one of the revelations of the tournament. The Spaniard, who is still "a 'little' in 'shock' and moved by what he experienced in the last week" in Paris, from where he takes away "unforgettable moments and sensations", has confessed that "the most beautiful thing" is being able to represent to Spain and "doing it in this city is a dream" for him.

The captain of the Federation Cup team, Anabel Medina, has also been very happy with the arrival of the Davis Cup in her city. «With the experience as a player and as a captain, what you feel is that playing for teams and representing your country is something that fills you with pride. In Spain and Valencia they like tennis a lot, and the team format and representing the country, they like it much more », she assured.

Finally, another Valencian tennis player, Carlos Taberner, number 85 in the world, highlighted that "the best players in the world are going to be in Valencia" and recognized that "as Valencians and as players it is going to be spectacular".

1 Experts foresee greater rigidity in contracts due... 2 Bale's emotional farewell letter: "I have... 3 The new pumping station in Villamuriel (Palencia)... 4 The National Police prevents a woman from committing... 5 The Supreme closes the door to a 'domino effect'... 6 DCODE finally celebrates its tenth anniversary 7 How to prepare for a "blackout" in seven... 8 Sánchez will extend "beyond June 30" the... 9 The Bank of Spain confirms that the Euribor rose to... 10 The Government is still stuck with European funds... 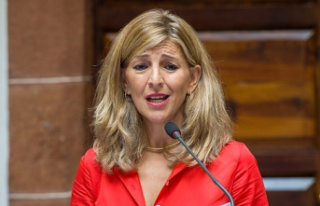