Xinjiang: re-education and repression camps as a backdrop for Bachelet

Marked by controversy for not having freedom of movement or media coverage, the trip to China of the UN High Commissioner for Human Rights, Michelle Bachelet, targets the repression of Muslims of Uyghur ethnicity in the Xinjiang region. 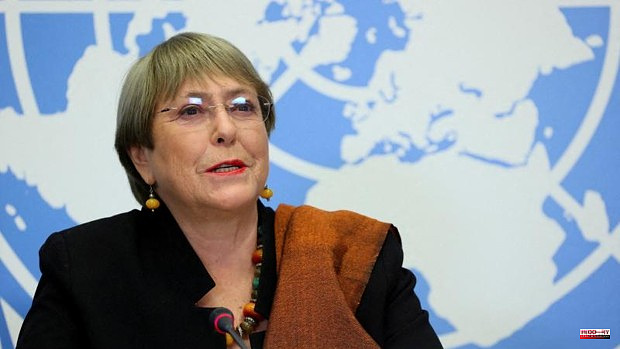 Marked by controversy for not having freedom of movement or media coverage, the trip to China of the UN High Commissioner for Human Rights, Michelle Bachelet, targets the repression of Muslims of Uyghur ethnicity in the Xinjiang region. Although it has been widely documented by numerous directives and secret orders leaked to the international press, the last of them with thousands of police files of detainees in reeducation camps, the Chinese president, Xi Jinping, has already warned Bachelet that he will not accept « lessons" from anyone. “When it comes to human rights, there are no perfect utopias and countries do not need patronizing lessons; much less that human rights become politicized and used as a tool to apply it with double standards or to interfere in the internal affairs of other nations," Xi warned him Wednesday in a video conference, according to the state news agency Xinhua.

4,000 kilometers west of Beijing, on the border with Central Asia, Xinjiang is suffering the greatest repression seen in China since the dark days of the "Cultural Revolution" (1966-76). If then the objective was the cult of the "father of the country", Mao Zedong, now it is the eradication of the most extremist Islamism. With the excuse of fighting jihadist terrorism and independence, the Communist Party regime is carrying out a massive campaign of indoctrination and surveillance that seems like an Orwellian nightmare. As if it were a version of '1984' for 'Black Mirror', the authorities have built re-education camps in the middle of the desert and imposed police controls with biometric tests, surveillance cameras capable of recognizing faces, "spy applications" on mobile phones and even political commissars living in the houses of the Uyghurs as if they were one of the family.

The reason is that this vast region nestled in the northwestern corner of China, which occupies three times the area of ​​Spain and has abundant oil and natural gas deposits, is one of the most unruly along with Tibet. Xinjiang, which means "New Frontier" and has remained under Chinese control since the Qing dynasty in the 18th century, is of great geostrategic importance not only because of its resources, but also because it borders Russia, Mongolia, Pakistan, Afghanistan, the India and several former Soviet republics in Central Asia.

But it is also one of the hottest areas in China. With 26 million inhabitants, half belong to its native ethnic group, the Uyghurs who profess Islam, do not have oriental features and speak a language related to Turkish. For more than a century, a large part of the Uyghurs have aspired to independence to form East Turkestan. Some secessionist desires that have been cut "manu militari" by the Chinese regime.

After two failed attempts at independence in the 1930s and 1940s, Mao Zedong's communist troops took Xinjiang in 1949. Since the establishment of the Uyghur Autonomous Region in 1955 and the construction of the railway, ethnic 'Han' Chinese (pronounced 'jan') have colonized Xinjiang to exploit its oil and mineral deposits, especially during the years of the "Cultural Revolution" (1966-76).

In order to combat this separatism, which has claimed hundreds of lives in terrorist attacks and riots in recent years, Beijing has set up re-education camps where the UN itself estimates that a million Uyghurs have passed, carried out forced sterilizations and limited their religious and social customs. This persecution is also suffered by other border minorities, such as the Kazakhs, but not the 12 million 'Han', the majority ethnic group in China, who make up the rest of the population.

Following the inter-ethnic massacre that left nearly 200 dead in Urumqi in July 2009 and subsequent bombings and attacks with knives and machetes elsewhere in Xinjiang and the rest of China, the crackdown increased with the 2012 rise to power of President Xi Jinping. , the most authoritarian leader since Mao. Following a visit to Xinjiang in April 2014, after Uyghur terrorists stabbed 150 people at a train station leaving 31 dead, Xi launched an "all-out war against separatism" using the "organs of the dictatorship" and without showing " absolutely no mercy", revealed in November 2019 the newspaper 'The New York Times'.

Through the 403 pages of 24 documents leaked by an internal source who hid his identity for security, the founding order of President Xi Jinping was thus discovered. In addition to increasing surveillance in the purest 'Big Brother' style, Uyghurs who showed their religiosity had to be re-educated. Under its call for "a people's and merciless war against terrorism," the regime launched a campaign in 2014 that hardened when Chen Quanguo was transferred from Tibet in 2016 as Provincial Secretary of the Communist Party. In December 2021, and after fulfilling his "Five Year Plan" of repression, Chen was replaced by Ma Xingrui to promote economic growth once Xinjiang had been "pacified".

To this end, a network of re-education camps has been built through which it is estimated that one million Uyghurs have passed, the vast majority without having been convicted of any crime. For the mere fact of frequently going to the mosque, reading the Koran or praying in public, growing a beard or having relatives in 26 "dangerous Muslim countries", Uyghurs are locked up for months and subjected to an alienating brainwashing. In group classes, like the ones described by teacher Qelbinur Sidiq on ABC, they must sing praises to the Communist Party, learn Mandarin and renounce not only jihadist violence, but also some norms and customs of Islam. From the Foundation in Remembrance of the Victims of Communism, the researcher Adrian Zenz has denounced the repression in these re-education camps with a profusion of documents.

Although Beijing initially denied its existence, it eventually came to terms with the emergence of numerous photos and satellite images of internment camps with high walls, barbed wire and watchtowers. But the Chinese regime continues to insist that they are vocational training schools to prevent Islamist terrorism. According to a "White Paper" published by the authorities in 2020, 1.3 million people received this "professional training" in Xinjiang between 2014 and 2019. With the testimonies of already released inmates and relatives of prisoners, the organizations of Human Rights report that the majority are locked up without having committed any crime, except for being Muslim and, therefore, suspected of being radicalized.

Touring Europe in 2020, Chinese Foreign Minister Wang Yi assured at a conference at the French Institute of International Relations that there was no one left in these re-education camps. But a study by the Australian Strategic Policy Institute (ASPI) detected with satellite images the coordinates of up to 380 detention centers built since 2017. With barbed wire, high walls and watchtowers, many of them are connected. to factories, which has spurred complaints against the use of forced labor, especially in the textile sector.

Last year, international accusations against Xinjiang's mighty cotton industry aggravated China's deteriorating relations with the United States and the European Union. With cross-sanctions and a boycott by Chinese consumers against brands that disassociated themselves from Xinjiang cotton, the tension frustrated the investment agreement reached at the end of 2020 between Beijing and Brussels.

But the repression is not limited only to the re-education camps, but goes further seeking the dissolution of the Uyghur culture and even the eradication of the Muslim religion. Also using satellite images, ASPI denounces that 8,500 mosques have been completely destroyed and another 7,500 damaged. In addition to the loss of mosques, which account for half of those in 1955, this institute dependent on the Australian Government estimates that almost a thousand Islamic monuments in Xinjiang have been dismantled or reduced to ruins. In 2019, another journalistic investigation by Agence France Presse found that dozens of cemeteries had been razed, revealing human remains outside the graves.

Even outside the camps, the control is so suffocating that it violates the strictest privacy of the Uyghurs. In addition to being closely watched and not being able to obtain a passport, the Police have placed QR codes on their houses with all the data of the family that lives there. To make sure they are "good citizens", Communist Party commissioners even spend a few days in their homes and encourage them to denounce their neighbors.

When foreign diplomats or journalists travel to Xinjiang, like this correspondent last year, they are followed 24 hours a day by plainclothes agents so they don't talk to people on the street or seek out re-education camps. With the despotism of always and the technology of the 21st century, the Chinese «Big Brother» watches you in Xinjiang.

1 Summoned to testify four senior officials of the Generalitat... 2 The rise in prices and the lack of product drowns... 3 Consum and Endesa sign a renewable energy supply agreement... 4 Physics in Toledo, Psychology in Albacete and Mathematics... 5 Confirm the first four cases of monkeypox in Catalonia 6 The Patient Advocate accuses Gallardo of being "mentally... 7 The Supreme Court cites Alberto Casero as investigated... 8 Three minors arrested for stabbing another after a... 9 Arrested for trying to rob a man when he was withdrawing... 10 Evicted when they tried to 'squat' an uninhabited... 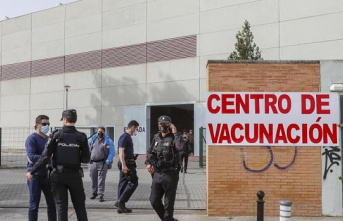 Summoned to testify four senior officials of the Generalitat...