Endesa and Consum have signed a long-term supply contract that incorporates a Power Purchase Agreement (PPA) that will provide, over the next ten years, totally renewable energy to cover fifty percent of the electricity demand of the supermarket chain. 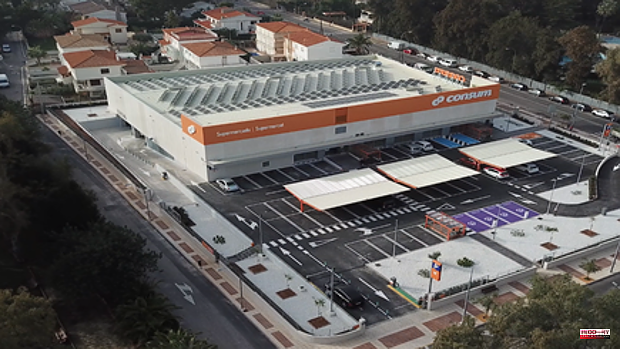 Endesa and Consum have signed a long-term supply contract that incorporates a Power Purchase Agreement (PPA) that will provide, over the next ten years, totally renewable energy to cover fifty percent of the electricity demand of the supermarket chain.

The long-term supply contract will enter into force on January 1, 2023 and consists of a 75 MW PPA block with a solar profile that will cover approximately 50% of Consum's electricity demand, equivalent to the consumption of almost 76,000 families. The solar energy will come from the portfolio of solar installations of Enel Green Power España, Endesa's renewables subsidiary. The remaining 50% will also be covered with renewable energy certified with Guarantees of Origin (GdO).

Consum will also have personalized advice from Endesa experts who will make available the most advanced tools to have competitive energy costs.

The contract gives Consum stability in covering the long-term energy needs of its nearly 500 own establishments, distributed throughout the Valencian Community, Catalonia, Murcia, Castilla-La Mancha, Andalusia and Aragon.

This agreement also guarantees that all of the Cooperative's electricity consumption will come from non-emitting sources, thus avoiding the emission of more than 66,000 tons of CO2 into the atmosphere per year, the equivalent of what 111,700 trees would absorb during a period of 40 years, delving into the commitment to respect for the environment of both companies.

"This agreement with Endesa is very important for Consum, given our commitment to green energy, to reduce the environmental impact of our activity, but also to stabilize energy prices for the next decade," said the general manager of the cooperative, Juan Luis Durich.

"The agreement consolidates Endesa's relationship with Consum, which dates back to 2014, and shows that we continue to work with our clients to find the solutions that best suit their needs in the current complex scenario of the energy markets," says the person in charge of corporate clients of Endesa in Iberia, Jaime López Soto.

This commitment is evident in the reduction of Consum's carbon footprint, which has reduced it by 84% since 2015. In addition, it is the first distribution company to obtain the "Reduzco" seal from the Ministry for Ecological Transition and 100% of its supermarkets are eco-efficient.

For its part, Endesa is also firmly committed to the energy transition and reaffirms this in its 2022-2024 strategic plan. And the fact is that, in addition to being the integrated electricity company with the fewest emissions on the peninsula, the company has advanced its commitment to zero emissions by ten years, to 2040. With this, Endesa anticipates by a decade the limit set by the European Union to eliminate greenhouse gases.

1 Physics in Toledo, Psychology in Albacete and Mathematics... 2 Confirm the first four cases of monkeypox in Catalonia 3 The Patient Advocate accuses Gallardo of being "mentally... 4 The Supreme Court cites Alberto Casero as investigated... 5 Three minors arrested for stabbing another after a... 6 Arrested for trying to rob a man when he was withdrawing... 7 Evicted when they tried to 'squat' an uninhabited... 8 Franco opens the new Emplea office in Puertollano... 9 VLC Unida x Lo Nostre: Lizondo's son presents... 10 More than 300 supermarkets join in a new food bank... 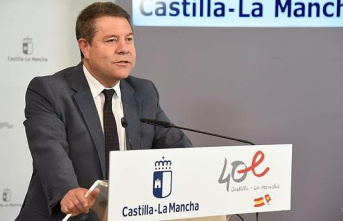 Physics in Toledo, Psychology in Albacete and Mathematics...