Women in the Swiss Guard?

Pope Francis has changed the rules so that women can run most Vatican departments and, perhaps in the future, he could accept women in the Swiss Guard as well. 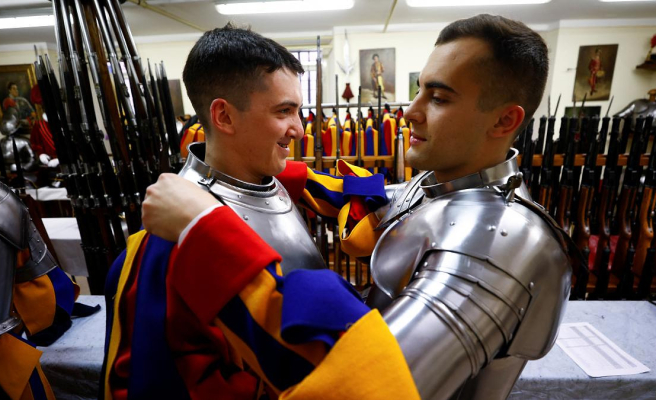 Pope Francis has changed the rules so that women can run most Vatican departments and, perhaps in the future, he could accept women in the Swiss Guard as well. The Vatican is already preparing for the possible admission of women among the recruits of the smallest professional army in the world and will build from 2026 a new barracks with individual rooms with private bathrooms, in case the Pontiff or his successors make this decision in a future.

The Pontifical Swiss Guard is the military body in charge of the Pope's security, and since its foundation by Julius II in 1506 it has been exclusively male. But little by little it seems doomed to disappear. For years, the Vatican has had difficulty finding young Swiss who want to move to Rome, either because of the good health of the Swiss economy or because of the decline of Catholicism in the country. The salaries are similar to those of the Italian police – around 1,500 euros per month – much lower than in the Helvetic Confederation, and the requirements to enter this exclusive army are extensive: they must be men between 19 and 30 years old, be practicing Catholics, single, Swiss citizens, be over 1.74 meters tall, be in good health, have no criminal record, and have a letter from the parish priest attesting to their good reputation. And, although it's not on the menu, be willing to smile every time a tourist takes a picture as he walks past the Vatican's Santa Ana door.

Now, officials from the Swiss foundation that is raising the 45 million Swiss francs (about 43 million euros) needed to replace the current barracks where the recruits live have just signed a memorandum of understanding with the Vatican Secretariat of State. As Riccardo Boscardin, an executive of the foundation, explained to Reuters, the project includes single rooms with private bathrooms for two reasons: because just when the project started, the pandemic began, and because of the possibility of integrating women into the Guard.

"But the decision is not ours, but exclusively that of the Vatican and the Pope," Boscardin pointed out. The works will begin in January 2026 so that the guards are not displaced during the Holy Year 2025, an important date, when millions of pilgrims are expected to visit the Vatican. So far, they have already raised about 37 million Swiss francs. The agreement includes the Vatican covering the costs of temporary accommodation during the works, estimated at another five million Swiss francs.

The current barracks of the oldest professional army in the world were built in 1825 and have hardly been renovated since then. There are three buildings, two for single guards, and one for married guards and their families. Swiss Guards can have a girlfriend, but they must wait five years of service before they can marry. Buildings suffer from various thermal insulation problems and frequent breakdowns that require high maintenance costs.

The Pontifical Swiss Guard is currently capped at 110 members, but this number will be increased to 135 soldiers by Francis' security measures, both in the Pontifical palace and on his many travels. Last Friday, 36 new recruits swore their allegiance to the military. It is a lavish ceremony that takes place every May 6 to remember the 147 Swiss Guards who gave their lives so that Clement VII could take refuge in the Castel Sant'Angelo in 1527, during the sack of Rome. Dressed in the dress uniform of the great celebrations, each recruit takes the oath in his own language (German, French or Italian, depending on the Swiss canton of origin).

"At an age full of storms and impetus, they have voluntarily decided to interrupt the fast track of career and good earnings, to spend two years in the fullness of their lives at the service of the Church", highlighted the chaplain of the Swiss Guard Pontifical, Kolumban Reichlin.

1 Overseas France, suffering France 2 Ukraine fights to expel Russia from Snake Island 3 The Solomon Islands, the last point of friction between... 4 Pressure on China due to covid 5 The US Senate stages the Republican refusal to protect... 6 The US recognizes for the first time that hundreds... 7 The last of Azovstal: surviving in the tunnels of... 8 9 France withdraws the use of masks on public transport 10 The severe confinement in Shanghai exasperates its... 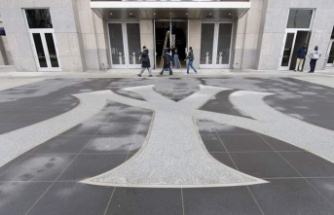 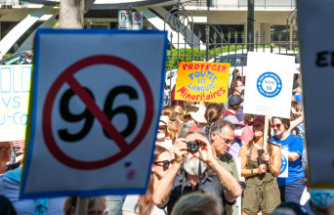 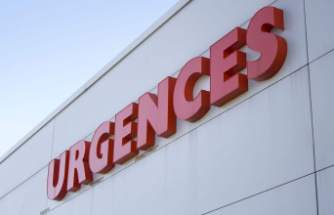 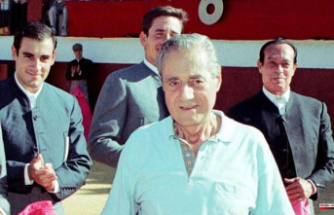 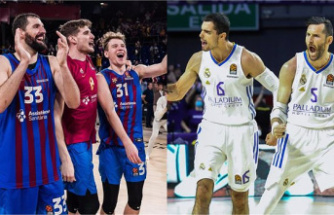 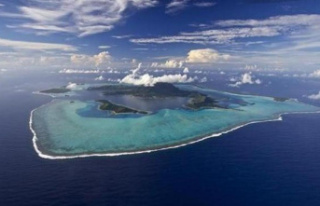