Pressure on China due to covid

China hates anyone meddling in what it sees as internal affairs. 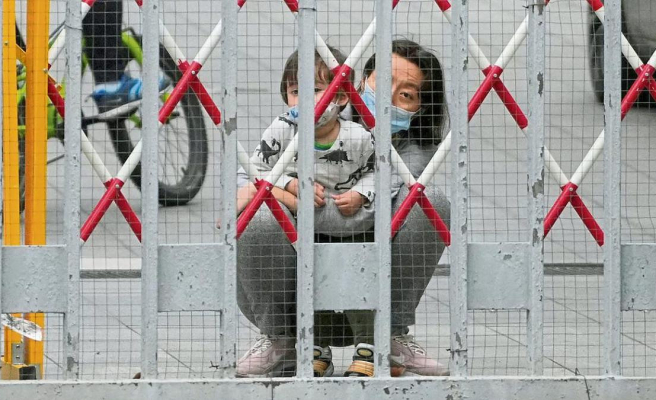 China hates anyone meddling in what it sees as internal affairs. Although it is an institution that has recently given its support, such as the World Health Organization. That is why, when the director of the WHO, Tedros Adhanom Ghebreyesus, pointed out on Tuesday that his zero covid policy "is not sustainable" and should modify it, his response was swift: they described him as "irresponsible" in public while They censored his comments on social media.

The spark was struck in Geneva on Tuesday, when Tedros indicated that Beijing's strategy is no longer necessary as they now have "a good understanding and good tools" about the virus and its behavior. “We have discussed this matter with Chinese experts and believe that their approach is not sustainable. A change in strategy would be important," said the manager, criticized in the past in the West for being complacent with China's handling of the pandemic.

For his part, the WHO emergencies director, Michael Ryan, added that they have always stressed the importance of striking a balance between prevention measures and the impact they have on society and the economy, something "which is not always an easy equation.

His words did not sit well in China, where its president, Xi Jinping, confirmed his commitment to this approach on Friday and called for fighting any attempt to "distort, question or challenge" this policy. Perhaps for this reason, the Chinese censors applied themselves carefully yesterday in the task of eliminating the comments of the WHO from social networks such as Weibo -the Chinese Twitter- or Wechat. Meanwhile, the Foreign Ministry spokesman, Zhao Lijian, described the statements as “irresponsible” and demanded that a strategy that has made China “one of the countries that has best managed to contain the covid” be analyzed in an “objective and rational” way.

Since the coronavirus emerged, many countries in the region (Vietnam, Singapore, Australia or New Zealand, for example) have adopted a zero tolerance policy similar to China's. Applauded in the initial phase for avoiding massive infections and saving numerous lives, the appearance of vaccines and the spread of the omicron variant, less lethal despite its high level of contagion, convinced the majority that it was time to live with the pathogen.

However, Beijing refuses to take that step yet. Its authorities defend that the restrictions are necessary so that its health system does not collapse and deaths soar, especially among an elderly population that is reluctant to receive the vaccine. Also weighing is the fact that Xi uses the low incidence data to wield the supposed superiority of his management over the decadent Western democracies. A legitimacy that he does not want to risk losing at the gates of the imminent autumn congress in which he will renew his position.

In recent weeks, strict confinements like the one in Shanghai have provoked a wave of criticism and complaints unprecedented to date. Even so, much of the population is terrified of the virus and supports the measures as a lesser evil that some have to go through to protect the majority.

These positions are reinforced by recent studies such as the one prepared by Fudan University and published yesterday in the scientific journal Nature Medicine. According to the text, a sudden lifting of the measures could cause a “tsunami” of infections that would leave up to 112 million symptomatic infected people, 2.7 million admissions to the ICU and 1.55 million deaths.

So that this does not happen and that covid can be compared to a seasonal flu, the study suggests increasing vaccination among older people to cover 97% and that half of symptomatic cases be treated with antiviral therapies. But as long as those conditions are not met, and that is still a long way off, there is nothing to suggest that the authorities are going to change their methods. This is what is happening in Shanghai, where a prolonged decline in the number of positives has not translated into a relaxation of the measures.

1 The US Senate stages the Republican refusal to protect... 2 The US recognizes for the first time that hundreds... 3 The last of Azovstal: surviving in the tunnels of... 4 5 France withdraws the use of masks on public transport 6 The severe confinement in Shanghai exasperates its... 7 Trump asked if China was manufacturing hurricanes... 8 Abortion in El Salvador: a crime instead of a right 9 Sweden and the United Kingdom sign a mutual aid agreement... 10 Hitler, of Jewish blood? The culture of lies 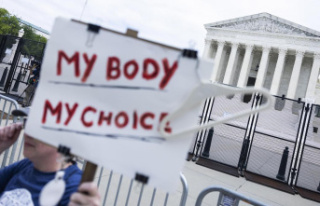 The US Senate stages the Republican refusal to protect...